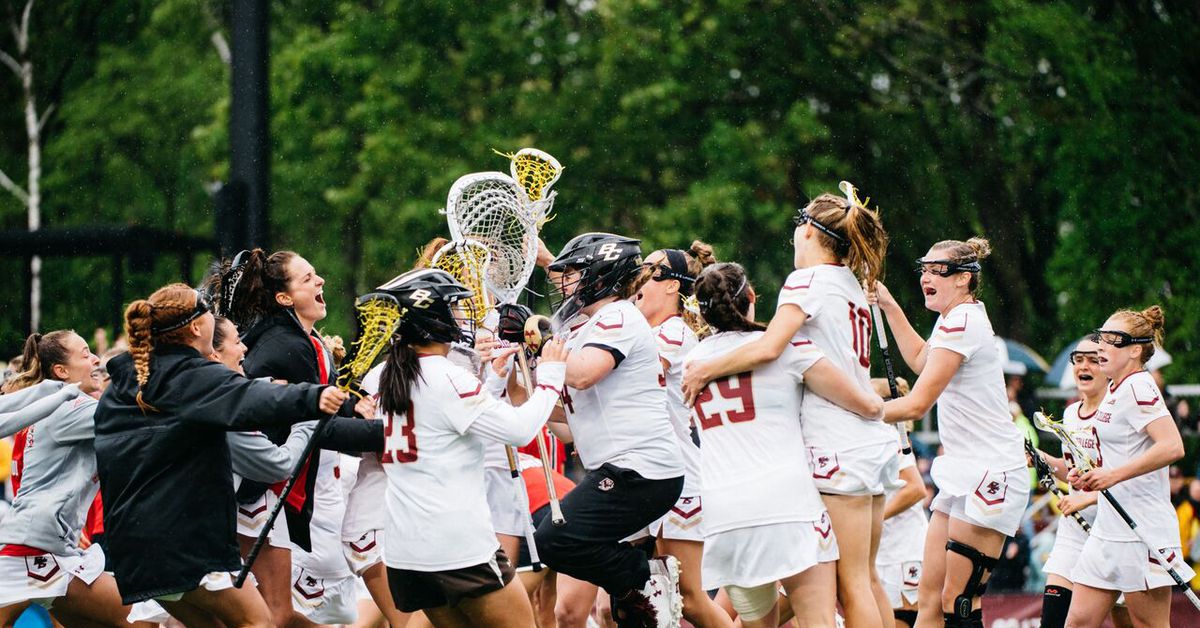 The Boston College Women's Lacrosse Team has proven it is a true comeback queen today, battling a double-time extension to UNC 15-14 after a 6-goal deficit. The Eagles are led for the third year in a row after today's victory for the NCAA championship game.

The Eagles struggled 1-0 in the first half of the season before senior Lauren Daly hooked up for Abbey Ngai Kenzie Kent scored BC's first goal on 15 minutes. The Eagles kept pushing as soon as they scored their first goal and ended the half with only 2 goals.

BC scored seven minutes in the second half thanks to a strike by Sheila Rietano in the second half, and Kate Taylor scored the wrong goal 40 seconds later to secure BC's first advantage. The teams exchanged goals from the rest of the regulation, exchanging leads and spending a lot of time doing so. Especially Cara Urbank had a strong game for BC, scored 4 goals and really kept the Eagles under control.

It took two extra hours for one of the two teams to break through, with some great saves from both goalkeepers, but Sam Apuzzo scored her second goal to secure victory for BC.

BC meets the winner of Maryland against Northwestern this Sunday in the NCAA Championship game.