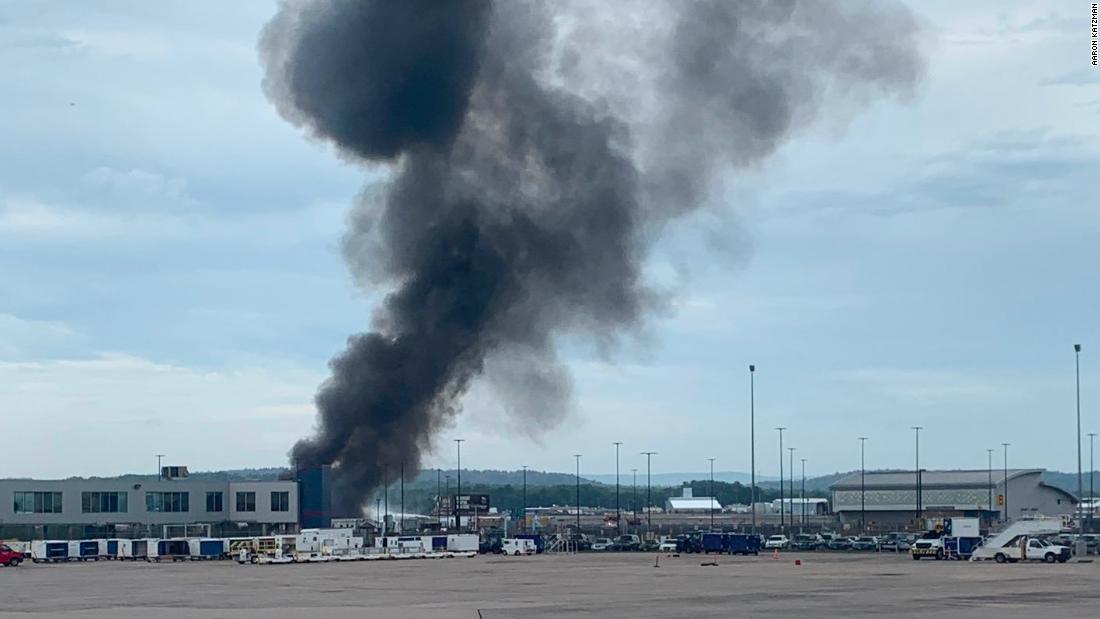 According to the Federal Aviation Administration, the airport is closed due to the crash around 10:00 am ET.

At least six patients are expected to be taken to Hartford Hospital after the crash, Shawn Mawhiney said.

The Boeing B-17 Flying Fortress crashed at the end of a runway when its pilot attempted to land, the FAA said in a statement.

It is a civilian-registered aircraft that is not flown by the military, the FAA said. The aircraft belonged to the Collings Foundation, the airport shared on Twitter .

As of Monday, a "Wings of Freedom Tour" with the B-17 and other aircraft was scheduled at the airport by Thursday, the Foundation announced on its website.

As part of the tour, people were able to gain various experiences aboard the featured aircraft, including flights, according to the website.

CNN could not immediately reach the Collings Foundation for comment.

The airport is located in Windsor Locks, approximately 24 miles north of Hartford.

This story is developing.

CNN's Carma Hassan and Melanie Schuman have contributed to this report.