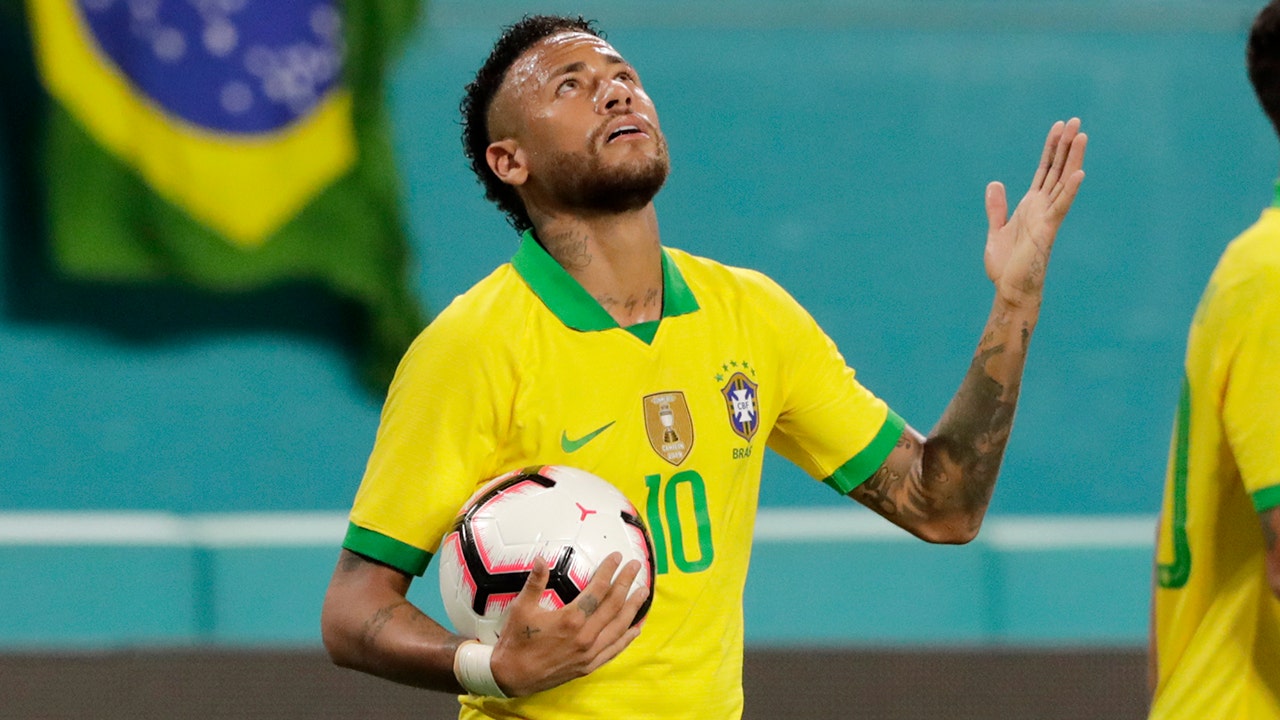 Brazilian striker Neymar reacts after scoring in the second half of a friendly against Colombia on Friday, September 6, 2019, in Miami Gardens, Florida (AP Photo / Lynne Sladky)

Trindade went to Sao Paulo police to accuse Neymar of raping her in May in a Paris hotel. Neymar denied the allegation and said their relationship was amicable.

The prosecutor officially closed the investigation against Neymar earlier this month, publicly referring to a lack of evidence against him, which Trindade did in several interviews.