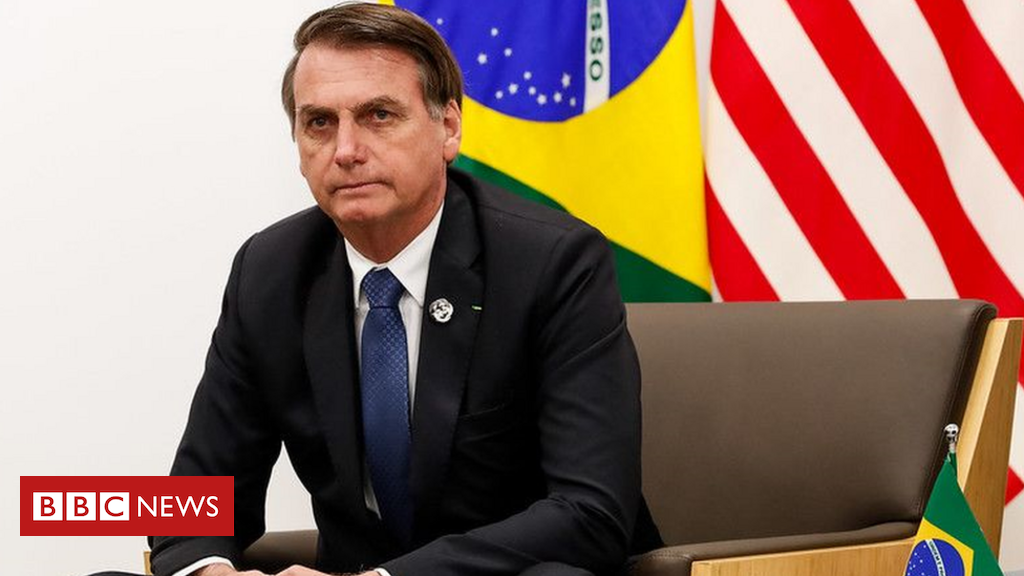 Following a recent episode of diplomatic defeat against the United States in bilateral trade, President Jair Bolsonaro took to Twitter on Monday the 21st day announcing that Americans will increase their purchases of Brazilian sugar by 80,000 tons, along with a photo of Chancellor Ernesto Araújo said this was “the first result of the recently opened negotiations between Brazil and the US for the sugar and alcohol sector”.

The demonstration comes weeks after Brazilian steel was cut in more than 80% of American imports and Brazil renewed a tariff exemption on imports of nearly 200 million liters of American ethanol into the country, which the sugar and alcohol sector was classified as “big.” Victim”.

According to sources with direct knowledge of the negotiations led by BBC News Brasil, the State Department has reportedly taken steps to try to work with President Donald Trump’s re-election campaign that has part of his base among steelworkers and corn farmers.

Chancellor Araújo officially declared that the concession was necessary to start negotiations that could lead to a 140% lowering of the tariff barriers that the Americans have imposed on Brazilian sugar for decades.

The negotiations, however, went poorly politically and led to criticism of the country’s subservience to its preferred ally. Tension continued to build after Araújo served as cicerone for US Secretary of State Mike Pompeo on a lightning visit to Roraima last Friday when the American criticized the Venezuelan regime.

“It is generally believed that Brazil is not being treated fairly in front of the US. So the government is trying to promote something trivial and expected in order to strike a balance in that public image.” an ambassador specializing in international trade told BBC News Brasil privately.

According to the diplomat, this is “trivial” and “expected” because although the president is suggesting that the amount of sugar Brazil could export to the Americans has increased permanently, there has indeed been a temporary shift in suppliers from the Americans.

The US imports more than 3 million tons of sugar annually – and prefers sellers from Africa or Central America. However, when these common suppliers fail to sell the required quantity and the American market is undersupplied, the US Department of Agriculture informs the country’s sales representative, who forwards its purchases to other manufacturers such as Brazil.

The same thing happened last year and in February of this year without Bolsonaro making the event a reason to celebrate on the networks on those two occasions.

“The United States has done Brazil no favors, just redistributed a certain volume (sugar) to Brazil as part of its general mercantilism. This needs to be clarified so that it doesn’t look like a diplomatic victory that it wasn’t,” said Ambassador Paulo Paulo Roberto de Almeida.

But the current political moment may have led to this change in the president’s stance. Last weekend, the President of the Chamber of Deputies, Rodrigo Maia, criticized Pompeo’s visit to Roraima, accusing his presence as a voter and an affront to the country’s autonomy.

“The visit of US Secretary of State Mike Pompeo this Friday to the facilities of Operation Welcome to Roraima, near the Venezuelan border, at a time when it was only 46 days before the US presidential election.” It is inconsistent with good international diplomatic practice and contrary to the traditions of autonomy and pride in our foreign and defense policies, “Maia said.

The political climate became so difficult that the senators on Monday even considered postponing the hearing of more than 20 Brazilian candidates for ambassadors around the world awaiting confirmation of their posts by the House. The boycott was demobilized after Ernesto Araújo agreed to appear in the Senate next Thursday to explain Mike Pompeo’s visit in detail.

The main players in Bolsonaro’s announcement, sugar producers, did not see the quota increase as a victory either. According to the Chamber of Commerce and Industry, Brazil has exported an average of 25.6 million tons of sugar over the last five harvests. In this universe, the 80,000 tons the United States must buy now is only 0.3%.

In a note, the Union of the Sugar Cane Industries (UNICA) and the National Sugar and Energy Forum (FNS) noted that “this additional sugar quota is significantly lower than the monthly ethanol quota that Brazil re-offered the United States in September” and reiterated, that the measure is not an “American concession”.

“We need to make it clear that this is a normal practice that the US has put in place in recent years without representing any structural advance towards better access of Brazilian sugar to this country,” the manufacturers say in the note.

BBC News Brasil consulted the Itamaraty regarding negotiations with the Americans and the sugar quota, but received a response only after this report was published. Within the panel, the minister’s advisers reiterate that trade in this direction is normal, but that it is difficult to understand these movements from a perspective “where Brazilian concessions are absolute submission to Brazil while any American action is a” consolation prize “is”. .

The BBC News Brasil private ambassador to trade experts explains that quotas and concessions are common in international relations, but that in polarized environments where this type of transaction has attracted attention, politicians have tried to exploit them to their advantage.

“In this case of Zucker, there is nothing to be said about the diplomatic victory, it is a circumstantial problem. Itamaraty and the productive sector know that. But the rest of the population, especially the President’s supporters, do not know. And they will be satisfied . ” his message, “he says.