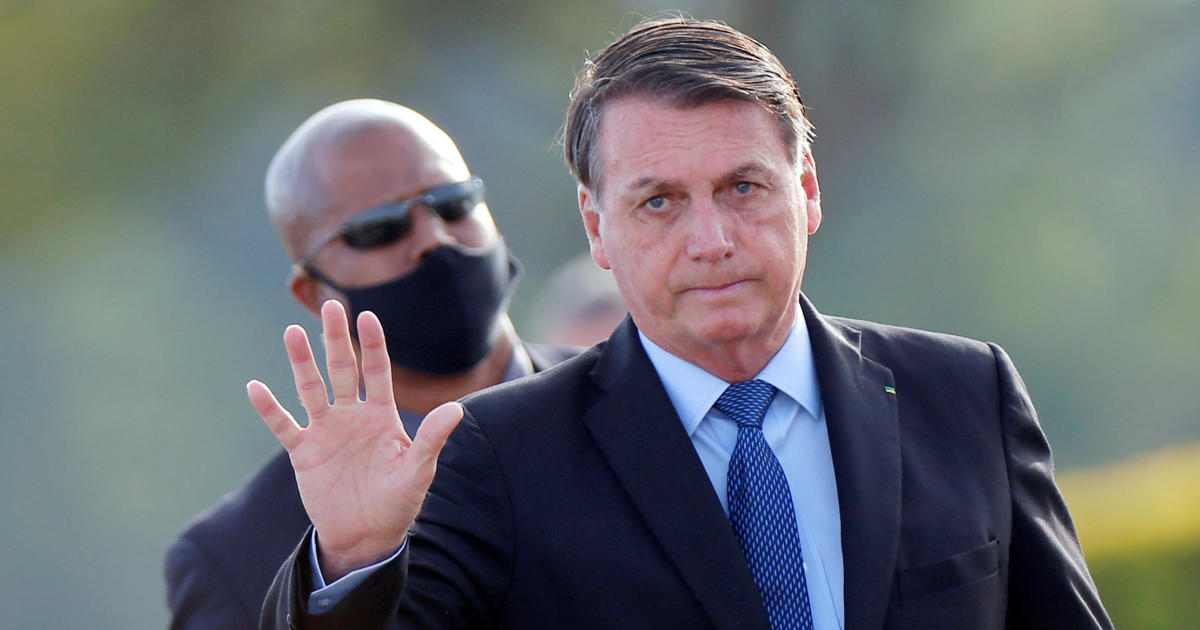 Brazilian President Jair Bolsonaro says he tested positive COVID-19 after months of downplaying the severity of the virus. Bolsonaro confirmed the test results while wearing a mask and speaking to reporters in the capital, Brasilia.

“I’m fine, normal. I even want to go for a walk here, but I can’t because of medical advice,” said Bolsonaro.

The President has often appeared in public to shake hands with supporters and mingle with the crowd, sometimes without a mask. He said that his story as an athlete would protect him from the virus and that it would be nothing but a “little flu”

; if he got infected.

He has also said repeatedly that there is no way to prevent 70% of the population from getting COVID-19 and that local government action to end economic activity would ultimately create more difficulties than allowing the virus to to take its course.

Dr. Michael Ryan, executive director of the World Health Organization’s Health Emergency Program, said Tuesday during a press conference that Bolsonaro’s infection “brings the whole reality of this virus home to us” and “we are equally vulnerable”.

Cities and states have started to lift restrictions to control the spread of the virus last month as their statistical death graphs decreased along with the intensive care unit occupation rate. Brazil, the sixth most populous nation in the world with more than 210 million inhabitants, is one of the global hotspots for the pandemic.

On Monday, Bolsonaro told supporters in Brasilia that he had an x-ray of his lungs showing that they were clean and that he was being tested for COVID-19. On Tuesday, he informed CNN Brasil that his fever had subsided.

At the weekend, the Brazilian head of state celebrated United States Independence Day with the nation’s ambassador to Brazil, and then shared pictures on social media showing him with his arm around the ambassador along with several ministers and aides. Nobody wore masks, even though he was in the immediate vicinity.

The U.S. embassy said on Twitter on Monday that Ambassador Todd Chapman is not showing COVID-19 symptoms, but will be tested.

Bolsonaro was tested negative three times in March after meeting with U.S. President Donald Trump in Florida. It was later reported that several members of his delegation in the United States were infected with the virus.

To date, more than 65,000 Brazilians have died from COVID-19 and more than 1,500,000 have been infected. Both numbers are second highest sums in the worldand are considered insufficient for the lack of widespread testing.

Gimena Sánchez-Garzoli, Director of the Andes at the Washington Office for Latin America (WOLA), CBS News said last month that she would not “trust” the figures released by the Brazilian government. She believes they are much higher than reported and cites Bolsonaro’s lack of transparency in the data.

“There are questions about how much testing will be done in most of the worst affected areas, which can affect numbers,” she said. “The fact that it spreads like wildfire is not a surprise.”

Audrey McNamara and Christopher Brito contributed to this report.