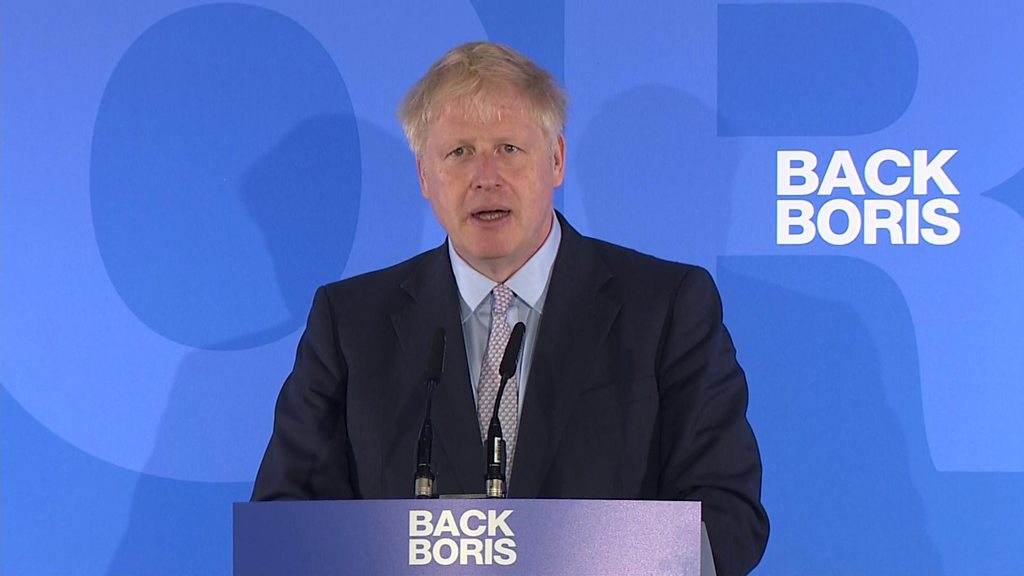 Several rivals from Mr. Johnson, including Rory Stewart and Matt Hancock said he would not agree to leave the EU without a legally binding agreement on the form of the future relationship, as this would lead to economic disruption.

Others, including Michael Gove and Mark Harper, have done so, saying that they are prepared to seek further EU renewal to complete a better deal.

Brexitists like Dominic Raab and Esther McVey said priority must be given to acknowledging the outcome of the referendum in 2016, and the United Kingdom should be ready to accept no agreement – and trade with the EU on World Trade Organization terms, if necessary – during the negotiation of a future trade agreement.

The union leader Jeremy Corbyn said a Brexit without agreement would be "catastrophic" and told the deputies: "I think some of [the PM’s] colleagues need to be reminded."

On Labor's proposal, which aims to stop any agreement Johnson said he understands that his colleagues in Parliament have "very strong views", but that "in the end it would be very difficult for the Parliament to uphold the will of the people to block ".

He said that if their will was blocked there would be "retribution" by the electorate.

Mr. Johnson was also pressured by journalists to use his language – even as he wrote in his Daily Telegraph column that Muslim women who wore the burka looked like mailboxes. "

He said, "Occasionally, because of the expressions I use, some plaster comes off the ceiling," but at the start, "I think it's important that as a politician, we remember one of the reasons why the public feels alienated." [politicians] as a breed.

"[It is because] we dampen and disguise our language [and] do not speak as we find it."

Mr. Johnson apologized for "the offense I caused," but said, "I will continue to speak as directly as possible."

He also seemed to evade a question that asked him for an earlier confession, that he had taken cocaine during the study.

Mr. Johnson said, "I think what most people in this country really want to focus on in this campaign is what we can do for them and what our plans for this great country are."

On Tuesday, June 18, BBC One will host a live election debate between the Conservative MPs who are still in the running.

If you want to ask the candidate a question, please use the form below. It should be open to everyone, not a specific politician.

If you're reading this page in the BBC News app, you'll need to visit the mobile version of the BBC website to submit your question on this topic.