Brooklyn protests: Hundreds accuse the NYPD of brutality after a violent underground video 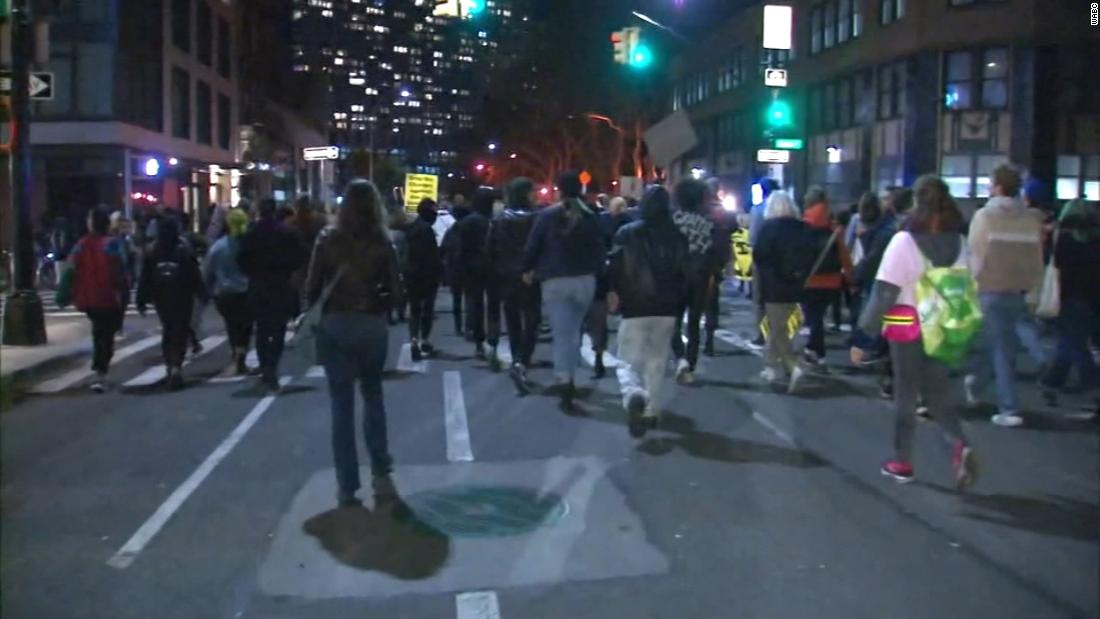 The demonstrators sang "No Justice, No Peace" on Friday night as they marched through the Barclays Center Arena, where the NBA team plays Brooklyn Nets. The protests came days after a widespread video on social media, according to CNN affiliate WABC, showed officials battling teenagers at a subway station in the city. The demonstrators not only protested against the police, but also accused the subway police of the subway system. Protesters threw cursing words at police officers, confronting them at the subway station and spraying their cars with slogans like RIP Eric Garner – the man smothered in 2014 by a New York policeman video showing police at a subway station Railway Station finished a fight among teenagers. The video shows a policeman beating a 15-year-old boy, the subsidiary reported.
The police officer involved in the dispute was assigned until the investigation of foreclosure, the subsidiary reported. The NYPD has said that not everything was recorded on video, and the incident has more to offer.
Brooklyn City President Eric Adams slammed the official's actions after the video was released.

"You're not in a boxing match, that's not the goal, and what I've seen in this video is clearly beyond any training I've ever received in the police department," he said.

The NYPD said in a statement, "The NYPD does not interfere in constitutionally-protected activities and seeks to ensure public safety when the New Yorkers exercise their initial adjustment rights." For the past five years, the NYPD has relied on the Precision Police Concentrating anti-violence strategies, coupled with our neighborhood police philosophy, has enabled our officials to build stronger relationships with the community and bring crime to historic lows while successfully prosecuting the most violent offenders. "

The protests follow another rally in July, the anniversary of Garner's death. It took place one day after the Department of Justice's announcement that it would not bring charges against the former New York City police officer, who was accused of fatally strangling Garner. This officer, Daniel Pantaleo, filed a lawsuit against the NYPD last week for later dismissal.

Protesters demanded justice for Garner and called for the dismissal of Pantaleo and other officers to direct anger at New York City mayor Bill de Blasio. "We are Eric Garner, we need justice and we need it now," the crowd sang.

Darran Simon of CNN contributed to this report.