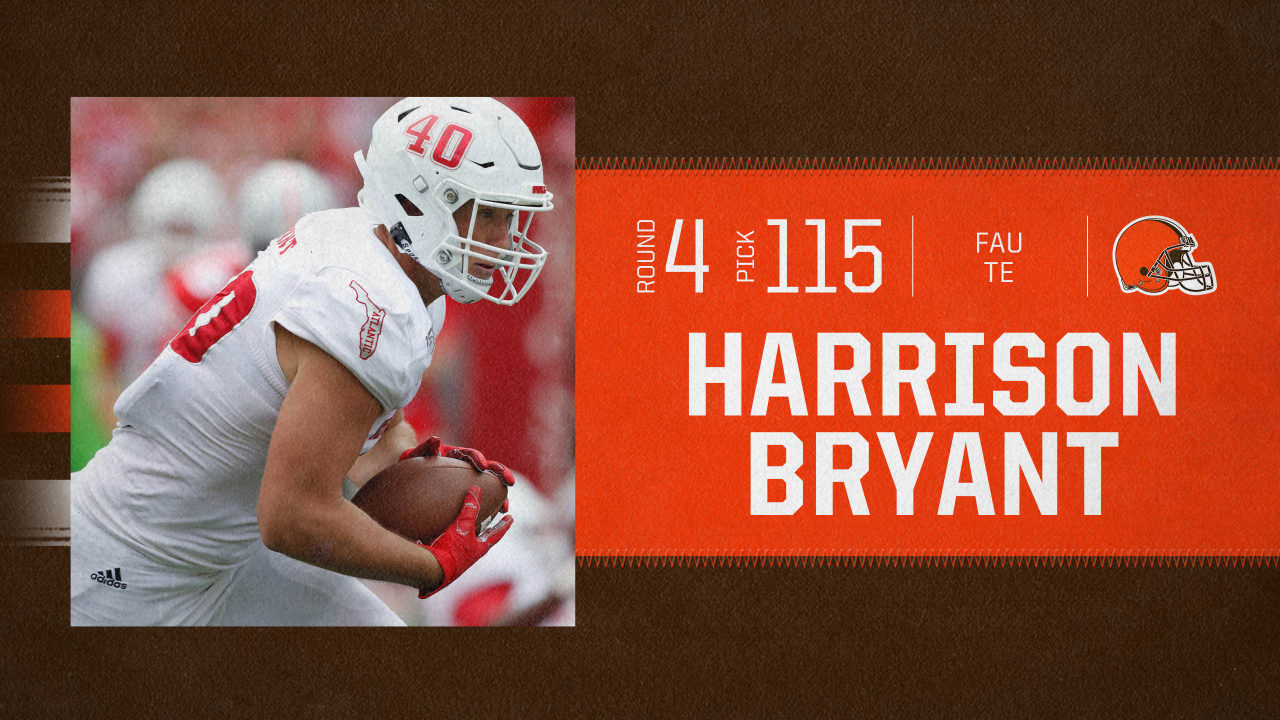 The Browns voted Florida Atlantic TE Harrison Bryant in the fourth round on Saturday with the No. 115 in the 2020 NFL Draft.

Bryant was an All-American first team and won the John Mackey Award in 2019, which is awarded annually to the top end of the nation. He led all players at the 65-position position for 1,004 yards and seven touchdowns. As a junior, he was a selection from the All-Conference USA first team after posting 45 receptions, 662 yards and four touchdowns.

Glenn Cook, Browns’ deputy scouting director, said Bryant first noticed the team at the Senior Bowl and has continued to impress throughout the preliminary design process. In the film, his ability to catch passports proved to be one of the best.

Bryant, who is from Gray, Georgia, was an offensive attacker in high school until his senior season. He initially got involved at Samford University to play a defensive ending before finally choosing Florida Atlantic. He gained 30 pounds during his time with the owls.