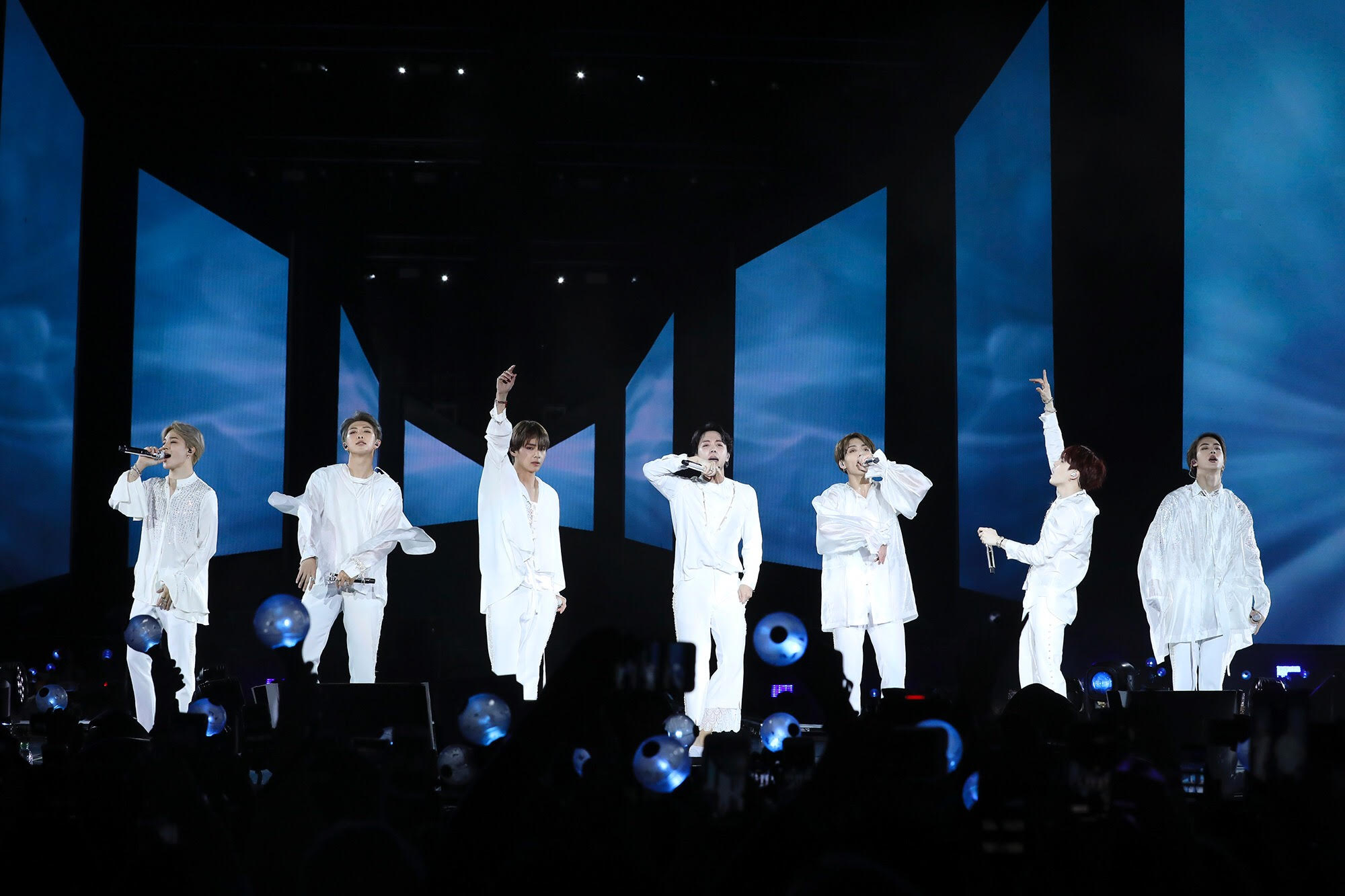 Before BTS started playing seriously on Saturday night at Citi Field, Queens, New York, one of the group members offered a brief warning: "Please be aware of your neighbors for your safety," said RM.

There are not many shows that are opened with safety instructions, but on the other hand, there are not many groups like BTS. With the successful entry into the American market, this seven-member group went boldly where no K-pop ensemble was before. They have set several chart records, several Hot 100 hits – including "Fake Love," which reached 10 in May – and released two US albums this year alone. Love Yourself: Answer sold 1

85,000 units opening week, a number that only the biggest Anglo stars can hope for.

BTS has achieved this through both old-fashioned showbiz power and hyper-modern social media expertise. All seven members are athletic dancers, sharp and bent at the elbows, but sticky at the knees; In the studio, they sing with gossamer, melismatic flair and rapping with brash authority, taking their revenge on decades of US pop and combining the source material into dynamic songs ranging from R & B to boom bap to top 40-friendly dance music.

At the same time, it is their cultivation and connection to a fiery fan base thousands of miles away that has helped them fill arenas here. "I've been listening to K-pop for more than ten years since I was a teenager," says Carolina, 29, who came from North Carolina to catch BTS at Citi Field. "I've partnered with BTS in a way I did not associate with other bands before, and all the content they publish is very nice and understandable."

Several concertgoers – most of the participants were women, with a few Men playing the role of companion or supporting partner described a gradual descent into the BTS fandom. It all starts with a great chorus or a dashing gaze, often from group member Jimin, who seemed to be especially admired in Queens. (Granted, that's based on a small sample.) "The first thing that caught my attention was how good they looked," says Dimitria, 16. "Then I realized that the music was really good and I could not stop

Bianca, 35, who flew all the way from Colorado to see a rare opportunity to see BTS states, was attracted by the group's "catchy beats." "Then I started researching." she adds. "It's like a trap, you learn everything to catch you." "You start with a member you really like," states Ashley, 20, from New Jersey. "Then, the more you watch interviews, practices, music videos, that changes." 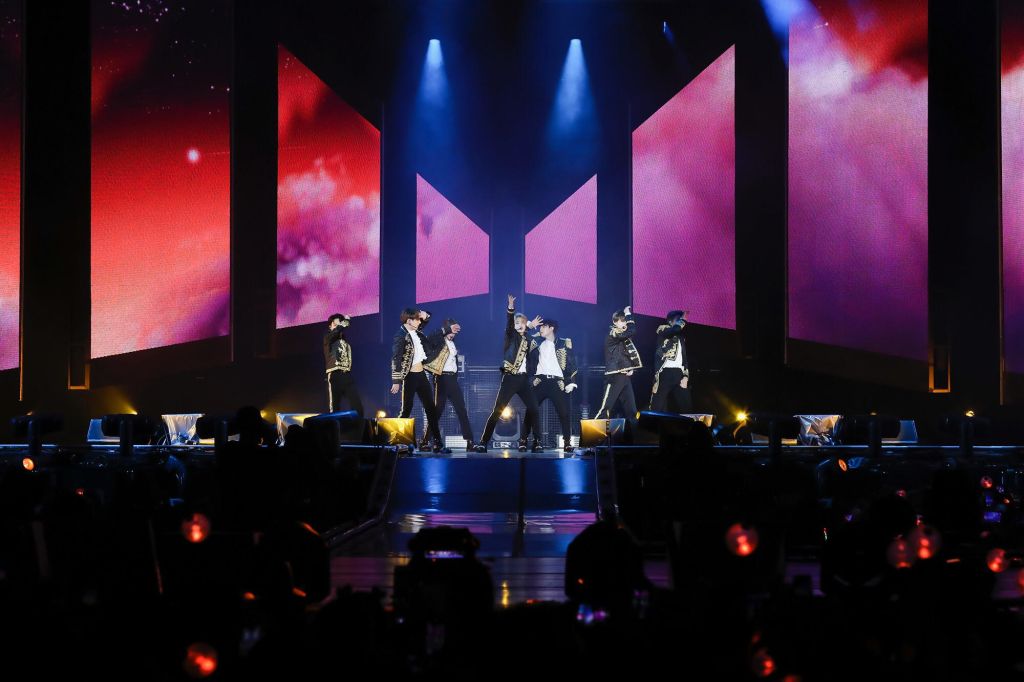 Many BTS songs are mostly sung in Korean, but nobody seems to care. "You can look up the Korean texts on YouTube, read and try and learn in English," says Dimitria. The partial language barrier can even add to the appeal of the music. "It's a mystery to see the lyrics," says Nivedita, 18, also a New Jersey fan. "And then you realize what the emotion is." (She's also part of Team Jimin: "Look at me beaten!", She says.)

Fans present BTS as a force for self-acceptance. Emily, 18, moved from Texas to Boston for college. "I felt depressed, especially as a person of color, in a very white place," she says. "I've heard [Jin’s] interviews and talk about how to accept oneself, and I'm like that, I'm doing the best I can." It brings President Trump's rhetorical attacks on Mexicans and Mexican Americans. "Especially as a Mexican, that made me question myself," Emily continues. "But [BTS’] message is really nice: maybe I'm worth it."

With all this in mind, it was no wonder some fans camped in the parking lot outside Citi Field for a week. Bianca met with friends on Thursday night at the campsite; On the morning of the show, her group mobilized around 4 am to prepare to get into a series of lines that would lead them to a coveted entry bracelet and many hours later to a spot on the ground near the group. Finally the fans were allowed to enter the arena at 4pm. When the show started at 7 pm, Bianca said that three girls had fainted.

The concert was aggressively ravishing, like a long, very safe flirtation between BTS and the crowd. The members of the group would look coquettish – great joy! – then mourn moments later: Huger cheer! When Jimin cried, seemingly overwhelmed by the importance of playing at his last US stadium show (for the time being), the crowd broke out. When any member of the group pulled up his shirt to reveal only a small piece of skin, Queens shook. 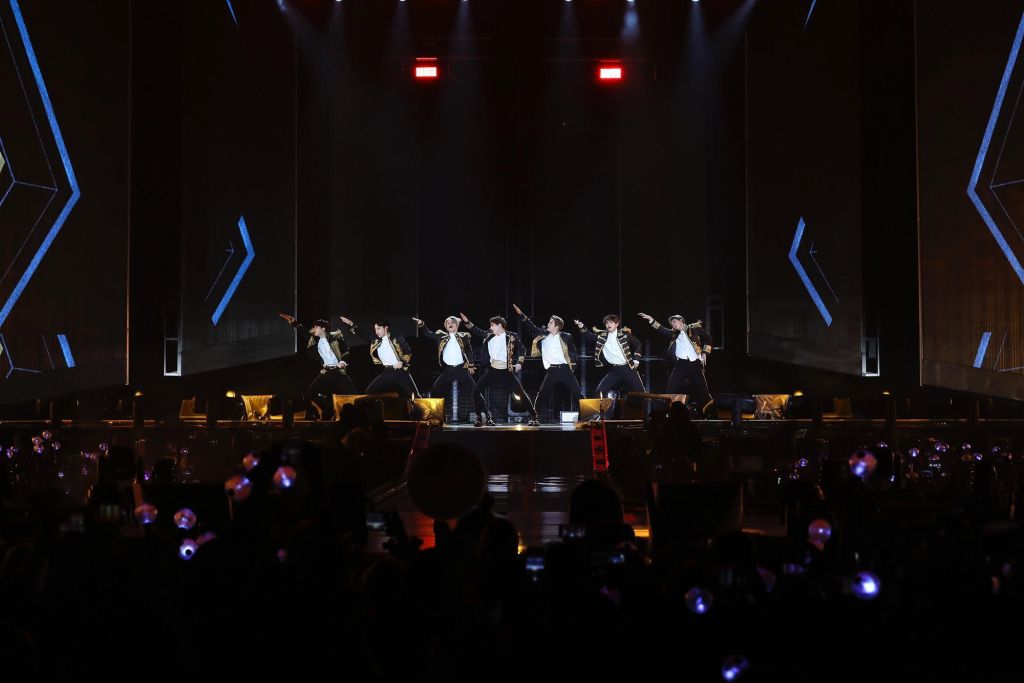 BTS worked through all of their big hits as a full ensemble: "Idol," a screeching, yelpy rap number that earned a Nicki Minaj remix; "Fake Love," an emo-rap wonder that produces a earthquake of call-and-response during live broadcasts; "Mic Drop," a slinky, quick-witted hip-hop posse cut remixed by Steve Aoki; "DNA", a jingling pop melody; "I Need U" a buzzing trap-meets-trance mish-mash; "I'm fine," which means a long gallop towards self-affirmation. With all seven members on stage, they continually converge into a wild phalanx and then split into kinetic constellations, relying on moves that are familiar to anyone well-versed in Ne-Yo and Missy Elliott's videos.

Seven People Are One It was very important for BTS to spotlight each member individually, and these were some of the brightest moments on the Citi Field performance. V provided "Singularity," a thumping R & B cut that Tevin Campbell could have picked up in 1993 as a gentle tornado of yearning; the ballad moves at 6/8, but the singer deliberately danced too fast, as if he could not hold his own body. Jimin sang Citi Field's "Serendipity", an apt imitation of Kendrick Lamar's "Love", which quickly traced the outline of his body and pulled at his glittering shirt. Jin was sitting behind the piano as he started the lighter-power ballad "Epiphany". In a nice gesture, he literally scrambled up a flight of stairs before bracing himself in the endless hooks.

After a tight 90-minute minute and an encore, BTS prepared to make their exit. Jimin started crying while RM welcomed New York as "the place where the music that changed my life was born" and reminded the fans that they were "the first Korean musicians in a US stadium".

"It's never intended, but it feels like I'm using you to love myself," the rapper added. "Please use me." And they did it.