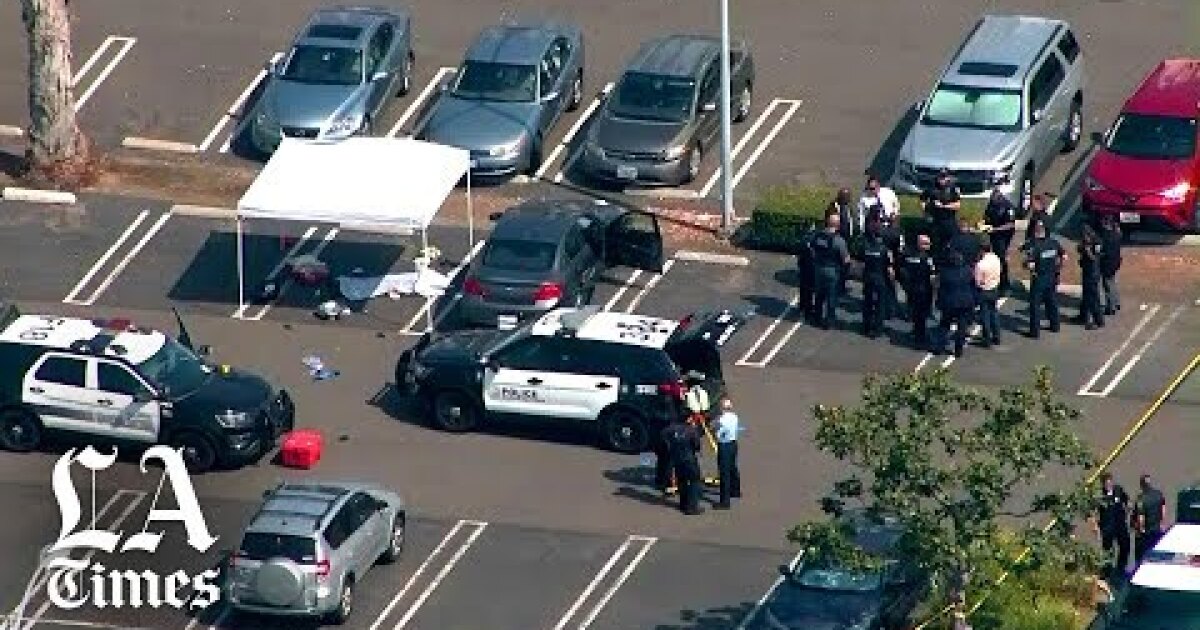 A pensioner
Cal State Fullerton's administrator was stabbed to death on Monday morning's first day of study, and the attacker is still at large, the police said. Fullerton police responded to reports of an attack at 8:30 am with a lethal weapon in the parking lot near the College Park building.

The police found the victim, a man in his late 50s, in a silver Infiniti bleeding from his head with multiple stab wounds on his body.

Paramedics carried out life-saving measures, but the man was declared dead at the scene, the police said.

The suspect, a man in his twenties with black hair, black pants and a black shirt, was last seen running
towards Marriott near Langsdorf Drive and Nutwood Avenue,
said the police. Officers used police dogs to search for the man.

Police believe that the victim, who served as a campus consultant, was targeted, Lt. Jon Radus from the Fullerton Police Department. Originally, the authorities said he was a retired faculty member who had worked in international student affairs.

Radus said detectives do not know what triggered the attack.

Radus said campus police are not aware of any threat to the killed man. The officers will reinforce their patrols throughout the day. Although the academic year has started for the campus, classes will start on August 24th.

The attack occurred when campus police filmed in the Pollack Library, a campus of Carl's Jr. and elsewhere, active shooter scenarios to prepare students and students for emergencies personnel, says camp spokeswoman Cerise Metzger. The shooting was canceled after reports of the attack.

:40 pm, the police had no clue to the suspect. At the scene, the car door of the Infiniti remained open and numbered markings were placed around and on the vehicle.

Cal State Fullerton staff watched the scene as they carried their lunch from restaurants across the street back to the College Park office.

Lydia Jimenez, a medical assistant, arrived in her office building opposite the parking lot when the police drove up.

"You can say someone is out there," she said.

Jimenez, 72, urged her colleagues to stay inside.

"I told them," Someone is dead out there, "she said.

She did not leave her office building for hours, fearing that the attacker might still be around.

LaToya Green, a communications lecturer at the university, said that panicked students had sent her a text message all morning. The 30-year-old Green works in the office building of College Park, which towers over the crime scene.

She came to work around 10 in the morning after police flooded the area.

The students were in a panic, "said Green. "You never think that will happen on your campus."

19-year-old junior David Velazquez was on his way to a nearby grocery store around 11am when he saw police vehicles on the ground.

"I've never seen anything like this," said Velazquez. "That makes me more attentive to what can happen on campus. You've seen a lot about bad things in the schools lately. When this happens, I think something worse could happen. "