Can Ilhan Omar overcome her prejudices? 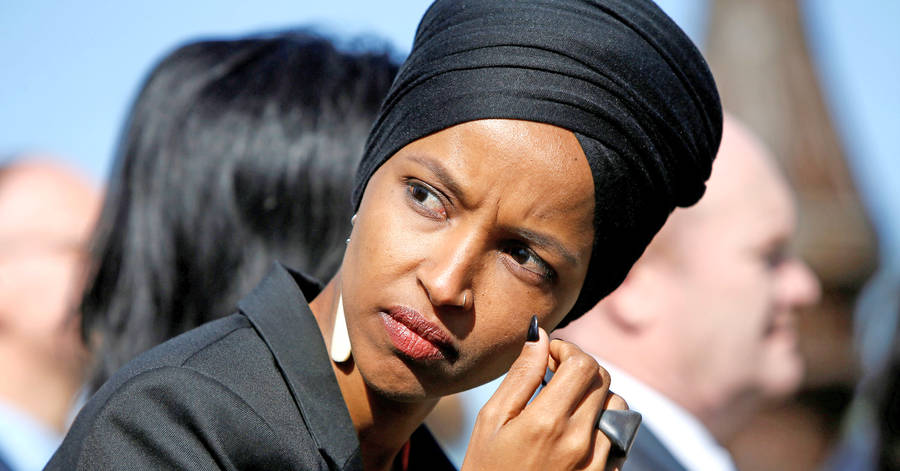 I once opened a speech by confessing to a crowd of Jews that I hated them. It was 2006 and I was a young native Somali woman who had been elected to the Dutch Parliament. The American Jewish Committee has awarded me the Morale Courage Award. I felt honored and humbled, but a little dishonest, if I did not join my anti-Semitic past. So I told them how I had learned to blame the Jews for everything.

Fast forward to 2019. A newly-elected Minnesota congressman has upset the Jewish community and invalidated democratic leadership with its anti-Semitic remarks. Like me, Ilhan Omar was born in Somalia and at a young age was exposed to Muslim anti-Semitism.

Some members of my 2006 AJC audience asked me to explain and respond to Mrs. Omar's comments, including their ambiguous apologies. Her main question is whether it is possible for Mrs. Omar to unlearn her obvious hatred of the Jews ̵

In my experience, it is difficult, perhaps impossible, to unlearn hatred without resigning to how you have learned to hate. Most Americans know the classic Western flavors of anti-Semitism: the Christian, European, White-Supreme and Communist types. However, the special case of Muslim anti-Semitism received little attention. It is a pity, because today it is the most zealous, powerful and underestimated form of anti-Semitism.

I did not hear the term "anti-Semitism" until I moved to the Netherlands in my twenties. But I was firsthand familiar with Muslim diversity. As a kid in Somalia, I was a passive consumer of anti-Semitism. Things would break, conflicts would arise, bottlenecks would occur – and adults would blame the Jews.

When I was a little girl, my mother often lost control of my brother, the grocer, or a neighbor. She yelled or cursed "Yahud!" followed by a description of the hostility, disgrace, or despicable behavior of the theme of her wrath. It was not just my mother; Adults around me called "Yahud!" as Americans use the F-word. I should understand that Jews – Yahud – all were bad. Nobody bothered to create a reasonable framework for the idea – hardly necessary, since there were no Jews. But it provided the necessary foundation for the next phase of my development.

At age 15, I became an Islamist by joining the Muslim Brotherhood. I participated in religious and civil society events and received training in the depth and breadth of Jewish villains. This happened in two ways.

The first was theological. We were taught that the Jews betrayed our Prophet Muhammad. Through Qur'anic verses (like 7: 166, 2: 65, and 5:60), we learned that Allah had forever condemned them, that they were not humans, but descendants of pigs and monkeys, and that we should strive to kill them wherever we found you. We were taught to pray, "Dear God, please destroy the Jews, the Zionists, the State of Israel. Amen.

We were taught that the Jews occupied the Holy Land of Palestine. Pictures of mutilated bodies, dead children, moaning widows and crying orphans were shown. Above them stood Israeli soldiers with big guns in military uniform. We were told that their assassination of the Palestinians was wanton, unprovoked and an expression of their hatred of the Muslims.

The theological and political stories were intertwined as in the Hamas Charter: "The Prophet, Allah bless him and grant him salvation, said:" The day of judgment will not come until the Muslims fight against the Jews (the Jews kill) when the Jews hide behind stones and trees. The stones and trees will say, "O Muslims, O Abdullah, behind me is a Jew, come and kill me." , , There is no solution to the Palestinian question except through jihad.

This combination of narratives is the essence of Muslim anti-Semitism. Mohammed Morsi, the longtime leader of the Muslim Brotherhood, who died on June 17 but has been Egypt's president since 2012, urged in 2010: "We must never forget nursing our brothers and sisters and our grandchildren against Zionists, for Jews "- two categories that merge together with claims of world domination.

European anti-Semitism is also a mixture. The medieval Christian aversion to "Christ-Killer" mingled with radical critics of capitalism in the 19th century and racial pseudoscience in the 20th century. But before the Depression, anti-Semitic parties were not mass parties. Nor have they been since the Second World War. Muslim anti-Semitism has a broader base and its propagators have had the time and means to spread it widely.

To see how it's done, start at the top. Most men (and one or two women) who are in power in Muslim-majority countries are autocrats. Even in elections, corrupt rulers play a complicated game to stay in power. Her signature is the promise to "liberate" the Holy Land, ie to eliminate the Jewish state. The Iranian rulers are clear about this goal. Other Muslim leaders may pay lip service to the peace process and the two-state solution, but government anti-Semitism is often seen at the United Nations, where Israel is repeatedly compared to apartheid in South Africa, which is accused of genocide and demonized as racist ,

The media also plays a role. There is very little freedom of expression in majority Muslim countries and anti-Semitic and anti-Israeli propaganda is spread daily in the state media – as well as in media groups that are critical of Muslim autocracies, such as Al Jazeera and Al-Manar.

Then there are the mosques, madrassas and other religious institutions. Schools in general, especially colleges, have been an Islamist stronghold in Muslim majority countries for generations. This is important because graduates hold leadership positions in the professions, in the media, in government, and in other institutions.

Refugee camps are another zone of indoctrination. They are full of vulnerable people who are being chased by Islamists. They come and provide food, tents and first aid, followed by education. They set up Madrassas in the camps and then instruct the children with a message that, to a large extent, consists of hating Jews and rejecting Israel.

Maybe – I do not know – this happened to Mrs. Omar in the four years she spent as a child in a refugee camp in Kenya. Or maybe she met Islamist anti-Semitism in Minnesota, where her family settled at 12. In any case, her involvement with the Jews and Israel would be difficult to explain.

Spreading anti-Semitism in all these areas Channels are not a trivial matter – and that brings us to the question of resources. "It's all about the Benjamins baby," tweeted Mrs. Omar in February, implying that American politicians support Israel only on the basis of Jewish financial contributions. The irony is that the resources available to spread Islamist ideologies with their associated anti-Semitism far outweigh the spending of pro-Israel groups in the US. Since the early 1970s, the Kingdom of Saudi Arabia has spent large sums of money to spread Wahhabi Islam abroad. Much of this funding is obscure, but it is estimated that the cumulative sums are $ 100 billion.

Thousands of schools in Pakistan funded with Saudi money "teach a version of Islam that leads to anti-Western militancy." "According to Connecticut Senator Chris Murphy – and you could add anti-Semitic militancy.

In recent years, the Saudi leadership has sought to turn away from this kind of religious radicalism. But Qatar seems increasingly to take over the role of Saudis. In the US alone, the Qatar Foundation has donated $ 30.6 million to public schools over the past eight years, purportedly to teach Arabic and promote cultural exchange.

For years, Qatar has been taking in influential radical clerics like Yusuf al-Qaradawi, supporting them with a global microphone and criticizing the country's textbooks for anti-Semitism. They present Jews as treacherous and cunning, but also weak, miserable and cowardly; Islam is by nature described as superior. "The text of the 11th class deals in detail with the question of how non-Muslims should be treated," reports the Middle East Media Research Institute. "It warns students against building relationships with infidels, and emphasizes the principle of loyalty to Muslims and rejection of unbelievers."

The claim that Jewish or Zionist money controls Congress is nonsensical. The Center for Responsive Politics estimates that the Israeli government has spent $ 34 million on lobbying in Washington since 2017. The Saudis and Qataris spent a total of $ 51 million over the same period. If we involve foreign non-governmental organizations, the number of pro-Israeli lobbying will increase to $ 63 million – less than the $ 68 billion spent on lobbying in Saudi Arabia and the United Arab Emirates to American Israel Public Affairs Committee or Aipac – a total of 5.1 million US dollars. Domestic pro-Islamist lobby efforts have no comparable figures. As the journalist Armin Rosen notes, Aipac's total of $ 3.5 million in 2018 was under lobbying by the American Association of Airport Executives or the Association of American Railroads. The influence of Aipac has more to do with the power of his arguments than with the size of his wallet.

Now consider the demographic structure. In the 1930s Jews were a minority in Europe, but significant in Central and Eastern Europe. Today Jews are much more disadvantaged. For every Jew there are 100 Muslims worldwide. In many European countries – including France, Germany, the Netherlands, and the United Kingdom – the Muslim population far exceeds Jewish, and the gap is widening. American Jews are still more numerous than Muslims, but they will not be until 2050.

The problem of Muslim anti-Semitism is much greater than that of Ilhan Omar. To condemn her, ban her from the House Foreign Affairs Committee, or defeat her in 2020 will not solve the problem.

Islamists have understood how to combine Muslim anti-Semitism with the vague notion of "social justice" on the American left. They have succeeded in formulating their agenda in the progressive framework of the oppressed against the oppressors. Identity politics and sacrificial culture also offer Islamists the vocabulary to distract their critics with allegations of "Islamophobia," "white privilege," and "insensitivity." A perfect example of this was how Mrs Omar and her allies were able to table a motion for a resolution condemning her anti-Semitism to a mutilated 'intersectional' slogan, in which Muslims emerged as the most vulnerable minority in the table of victims.

As for me, I finally lost my hatred of Jews, Zionists and Israel. When an asylum seeker became a student who became a politician in Holland, I faced a series of complex circumstances that led me to question my own prejudices. Maybe I did not stay in the Islamist group long enough for the indoctrination to continue. Maybe my argument with my parents and extended family, after leaving home, led to a more comprehensive reassessment of my youthful convictions. Maybe it was my loss of faith. Anyway, I am living proof that you can be born a Somali, educated as an anti-Semite, indoctrinated as an anti-Zionist – and still overcome all this to appreciate the unique culture of Judaism and the extraordinary achievements of the State of Israel , If I can make that leap, maybe I can do Mrs. Omar. But that's not really what it's about. Because she and I are only two individuals. The real question is what, if anything, can be done to control the progress of the mass movement, which is Muslim anti-Semitism. Without a worldwide Muslim Reformation, followed by an Islamic Enlightenment, I do not know exactly.

Woman. Hirsi Ali is a research associate at the Hoover Institution of Stanford University.