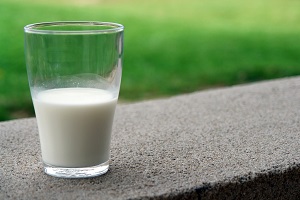 The Centers for Disease Control and Prevention (CDC) has announced that milk from a farm in Pennsylvania associated with antibiotic-resistant bacteria is being sold to Iowa. According to the CDC, three cases of brucellosis were directly related to the mile consumed by Miller's Biodiversity Farm in Quarryvill, Penn. The milk was delivered to retailers throughout the state and in 1

8 other states. People who have consumed raw milk or dairy from this dairy may have been exposed to Brucella RB51, a cattle vaccine strain that can be spilled in milk and cause infection in humans. Symptoms of Brucella infection include fever, sweats, malaise, loss of appetite, headache, fatigue, muscle and joint points, and possibly more severe conditions. Infections have also been linked to miscarriage in pregnant patients. Symptoms can occur between five days and six months after exposure. At that time, no cases of brucellosis associated with this outbreak were confirmed in Iowa. A link to the full CDC release, including guidelines for those who may have been exposed, is included in this story on our website.