CDC warns of the second wave of the flu virus 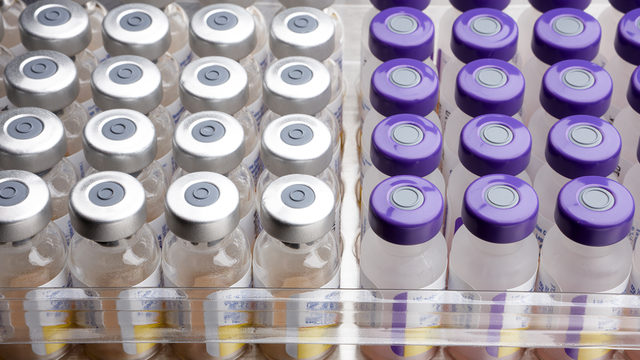 Although the flu season is coming to an end, officials from the Centers for Disease Control and Prevention said a second wave of lethal flu has occurred in recent weeks

In their weekly flu, which was released on Friday, CDC officials said they would observe a fall in cases of influenza in the week to March 1

7, A strain of the virus, the has dominated since the beginning of the flu season in October.

The number of states reporting widespread or high flu activity continues to decline significantly, but some states are still experiencing a lot of # flu activity. Learn more about the latest #FluView : https://t.co/c7xNOnxJAE pic.twitter.com/6fzsXU1HiB

– CDC (@CDCgov) March 23, 2018 [19659008] However, the authorities found that they received more reports of the B strain of influenza virus, which has slowly overtaken influenza A reports. In the week leading up to March 17, influenza B accounted for about 58 percent of the entire flu of the week

The virus strain, although different, can raise as many health problems as the A strain, according to the CDC.

Officials said five children died of influenza during a week until March 11. Two of the deaths were associated with the influenza B virus. In total, 133 influenza-related child deaths were reported in this flu season.

Officials recommend that unvaccinated people receive the flu vaccine because influenza viruses continue to circulate. Last month, officials said the vaccine is "usually (works) better" against influenza B and H1N1 viruses than most against this H3N2 virus this flu season.

Norlund told CNN that the second wave of influenza cases was not unexpected.

"In the seasons when influenza A H3N2 was the predominant virus, we often see a wave of influenza B," she told the news channel. "Unfortunately we do not know what the Influenza B wave will look like."

31% of the children tested were positive