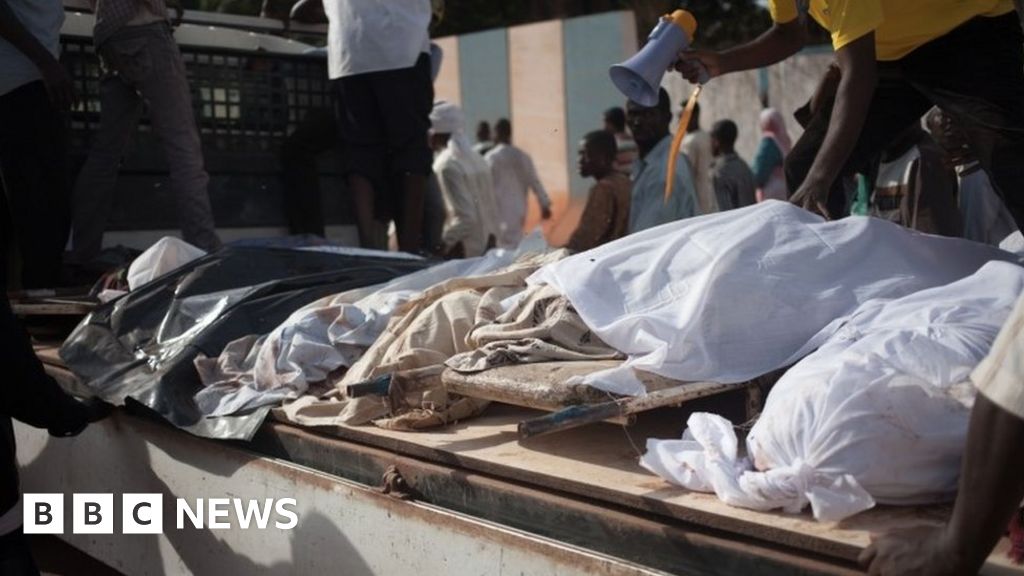 The demonstrators have deployed at least 16 bodies in front of United Nations Headquarters in the Central African Republic (CAR).

They demanded an end to the violence and said the bodies had been killed by civilians Tuesday in clashes between UN troops and armed groups in the neighborhood of Bangui.

The UN mission in the Central African Republic has not yet commented on the protest.

His troops began an operation on Sunday to disarm vigilantes in the PK5 district of Bangui, the capital.

There is a self-proclaimed Muslim militia allegedly protecting residents.

CAR got into turmoil in 2013 when Muslim rebels of the Seleka umbrella group seized power in the majority Christian country. A gang of predominantly Christian militias called anti-Balaka rose against the Seleka.

A new government elected in 2016 has failed to bring peace to the mineral-rich state that has been unstable since its independence from France in 1960.

Why did the clashes break out?

The UN mission, known as Minusca, says it launched the military operation after residents complained of extortion and violence by the armed group.

A statement issued on Tuesday said its soldiers had been attacked: "For four hours, Minusca's forces had to push back heavily armed elements of criminal gangs who deliberately opened fire on the international forces and shot back. [19659007] A protester told Reuters that UN forces fired on civilians during Tuesday's operation.

"We do not understand anything anymore," he said, "is their mission to shoot civilians?"

Mayor Atahirou Balla Dodo from Bangui District, where PK5 is located, told Reuters that 21 people were killed in the clashes.

He said demonstrators had taken 17 bodies from the morgue but had left four others, two women and two children.

Medecins Sans Frontieres (MSF), which operates one of the main hospitals in Bangui, said it treated more than 40 people for gunshot wounds on Tuesday.