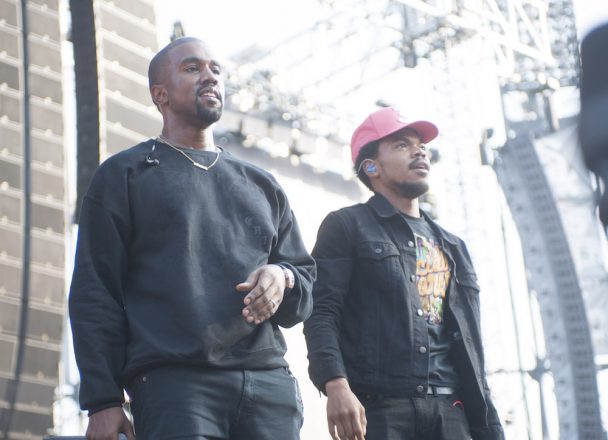 Finally, after six weeks, we have reached a Friday when there is no new album produced by Kanye West in the world. West's ridiculously productive run of five seven-song albums, all produced in Wyoming, and all seemingly finished shortly before their listening parties, is over. Or maybe not.

There were many rumors that West is working on more than seven songs with more artists. In a recent podcast, New York Times critic Jon Caramanica, who wrote West's latest profile, said West plans to release 52 albums in 52 weeks. Long-caged Chicago street rapper Bump J has said West is producing an album for him and his Chicago rapper Shy Polaroid. And there were also rumors about West producing a new album for Chance The Rapper. Apparently these rumors are real.

In a long, free-running video interview with Peter Rosenberg for Complex Chance talks about all the different projects he has in the work. One is a new seven-song album with Kanye West Chance says it will record in July. And Chance also says he is working on a full collaborative album with Childish Gambino, which could even mean more . Here's what he says about it:

1; just your ability to multitask and work on different things. And he was always there. Because of his ability to work on several projects, I have been actively working on a project with Childish. I'm going to do a seven-track with Ye …

Kanye is my favorite rapper whom I followed for a long time without knowledge. And Donald Glover is the first rapper who ever said, "Come on tour with me, I like your shit that nobody has ever heard of." My 10 days shit. "I want you to come on tour with me." These guys say, "I want to do everything, I want to work on as many things as possible." I would say I'm 30% on everything I work on. At least 30% …

I should be working on [the Kanye album] in July. So I do not know … [Childish Gambino and I] got six songs that are fire, but I think the album will be more than 14 songs. I think it will be a full cause. I wish I had music right now. I have Hellas music. I have so many songs.

And here is the video. Pitchfork points out that the talk about these projects starts at 12:30

West's Wyoming albums were not exactly consistent, but a whole album that's like "Ultralight Beam" Would be very, very welcome.