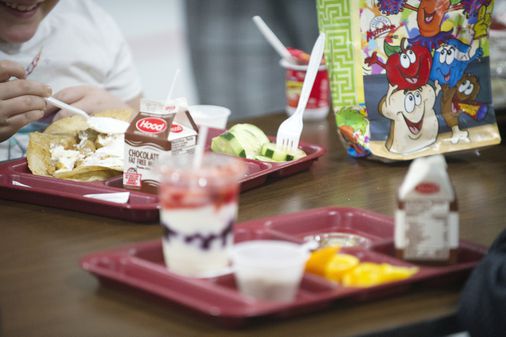 A cafeteria employee in New Hampshire who was fired for giving a boy a lunch break, had not charged the student's account for three months, said Brian Stone, managing director of Cafe Services, the grocer's grocery store Districts, where she worked in a video Monday.

Bonnie Kimball allowed the boy to take the food and told him that his mother should deposit the money into his account, she told the globe earlier. She said the boy had money the next day, but she was released for theft.

Stone said Kimball, whom he did not mention by name, had told her manager that she had deducted the debit to the student's account, but her manager had confirmed this. No fees were charged to his account.

"Although the student often goes through the line, according to the employee, he has not been charged for the past three months," Stone said.

The Mascoma Valley Regional School District has also withdrawn its demand to reinstate Kimball "in light of the parent's recent information," Superintendent Amanda Isabelle said in a statement Tuesday night.

Isabelle said before that Cafe Services would do this. Put Kimball back and pay her for lost wages, but Kimball said she would not accept the offer, according to the previous Globe message.

The school district has commissioned an independent administrative review of the incident, she said.

"We were overwhelmed by a strong national and international media interest in this incident, but I do not believe we have seen a complete and complete repetition of the facts," said Isabelle in the statement.