China developed "Laser AK-47", which can hit targets in half a mile 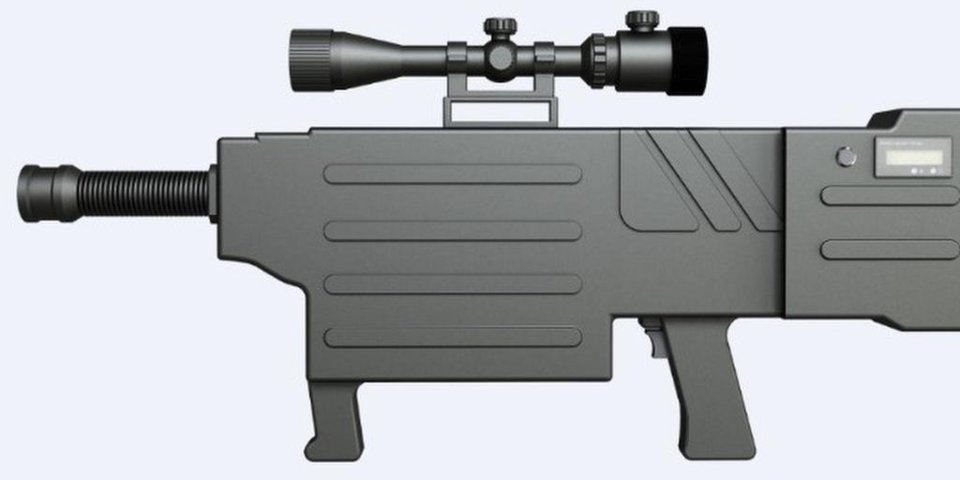 China has developed a new portable laser weapon that can zap a target from a mile away, according to researchers involved in the project.

The ZKZM-500 laser assault rifle is classified as "non-lethal" but produces an energy beam that is invisible to the naked eye but can pass through windows and cause "immediate charring" of human skin and tissue.

Ten years ago, his abilities would have been reserved for sci-fi movies, but a laser weapon scientist said the new device is capable of "blowing out clothes in a split second … If the fabric is flammable, the whole person becomes be set on fire ".

"The pain will be unbearable," said the researcher involved in the development and testing of a prototype at the Xian Institute of Optics and Precision Engineering at the Chinese Academy of Sciences in Shaanxi Province.

The 15mm caliber weapon weighs three kilos, about the same as an AK-47, and has a range of 800 meters or half a mile and could be mounted on cars, boats, and airplanes.

It is now ready for mass production and the first units are likely to be handed over to anti-terror squads in the Chinese armed police.

In the event of a hostage-taking, it could be used to shoot through windows at targets and temporarily disable the hijackers while other units move in to rescue their captives.

It could also be used in covert military operations. The jet is strong enough to burn through a gas tank and ignite the fuel storage at a military airport.

Because the laser was tuned to an invisible frequency and produces absolutely no sound, "nobody will know where the attack is coming from, it will look like an accident," said another researcher. Due to the sensitivity of the project, the scientists have requested that they not be named.

The rifles are powered by a rechargeable lithium battery that is similar to that of smartphones. It can fire more than 1,000 "shots", each lasting no more than two seconds.

The prototype was built by ZKZM Laser, a technology company of the Xian Institute. One company representative confirmed that the company is now looking for a partner who has a weapons production license or partner in the security or defense industry to start large-scale production at a cost of 100,000 yuan ($ 15,000) each.

Given their potential for abuse, the design and production of the equipment are closely monitored and the only customers will be China's military and police.

A technical document that provides basic information about the weapon was released last month on the Platform of Public Services for National Civil-Military Integration, a site operated by the Central Government to facilitate cooperation between the military and commercial Sector.

The weapon has a range of 500 meters and, according to the company's product brochure, can fire several hundred rounds per charge.

Just a decade ago, such powerful laser weapons were something of science fiction. In 2009, a US attempt to develop a hand-held laser weapon led to something that "only works with nudists" because its beam was too weak to penetrate even a shirt.

But by 2015, Beijing has raised the ante with a $ 2 billion fund to develop compact, high-performance laser equipment – an unprecedented field budget and one that has caused concern in the US and other Western countries.

In recent years, US forces in strategically important areas such as the Indian Ocean and the South China Sea have been complaining that they are increasingly exposed to laser attacks from Chinese military bases or vessels that look like fishing boats.

Last month, the US government filed a formal complaint that a "weapons-grade" laser device fired from a Chinese naval base in Djibouti had left behind two light-eyed military pilots.

Wang Zhimin, a research associate at the Laser Physics and Technology Research Center at the Chinese Academy of Sciences in Beijing, said that technological advances in recent years have led to scientists developing smaller and more powerful devices, as did mobile phone manufacturers ,

"It's not science fiction anymore, it's already a fact of life," he said.

In the early days, due to technical limitations, it was necessary to fire several beams and converge them on a target to do damage. They also needed accurate distance measurement to have a chance to work.

In addition, the only available devices were slow, bulky, heavy, short-range, and required massive power supplies.

But the latest devices are firing a single beam and can cause as much damage as large, truck-mounted laser cannons would have done.

But these developments increase the risk that weapons could easily fall into the hands of criminals and terrorists who could exploit their destructive capabilities by, for example, conducting arson attacks without being detected.

Wang, who was not involved in the Xian project, warned that the proliferation of these weapons could pose a threat to all countries.

There are no specific international protocols to govern the development or use of this type of laser weapon.

The United Nations Protocol on Blinding Laser Weapons, initiated in 1980 by over 100 nations, focuses on weapons of the previous generation and prohibits the use of those that could cause permanent vision loss.

The document on the Chinese government's Web site classifies the ZKZM-500 as a "non-lethal weapon," meaning that it is less likely to kill a live target than something that is expressly destined to do so Weapon.

The lasers can not kill a target with a single shot, but when fired at a person long enough, the weapons begin to burn a hole in their bodies and cut them like a surgical knife.

Researchers point out that scientists in this field generally believe that using stronger weapons that could "carbonize" a living person would be inhuman.

Instead, the document emphasizes the technology's non-lethal applications.

For example, law enforcement agencies are said to be able to counter "illegal protests" by setting banners on fire from a distance.

It is also said that the protesters could be targeted by setting fire to their clothes or hair, which, the document says, would "lose the rhythm of their speech and their persuasiveness".

But a Beijing police officer said he would prefer to follow more traditional mass-control methods such as tear gas, rubber bullets or stun guns like Taser.

"The laser burn will leave a permanent scar," he said. He said it was a "terrible sight" that threatened to cause panic or turn a peaceful protest into an uprising.