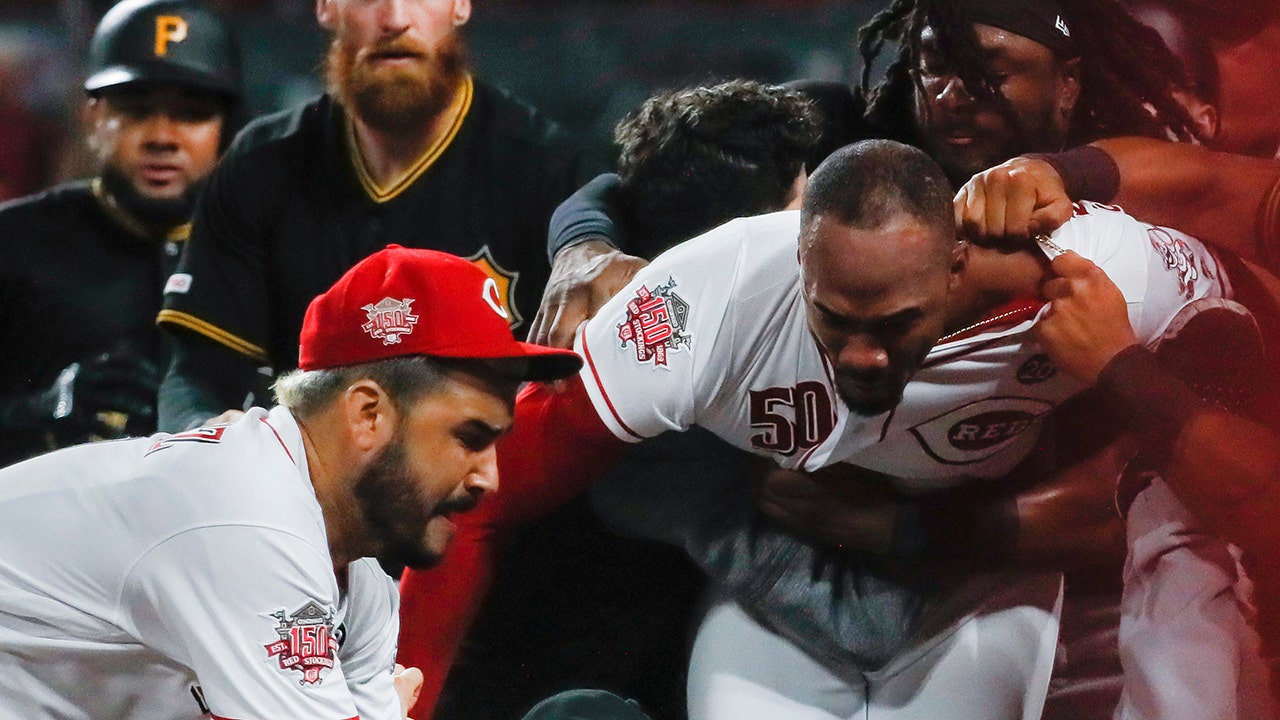 Amir Garrett, pitcher of the Cincinnati Reds, was the lead actor of a bank brawl on Tuesday night in a game against the Pittsburgh Pirates.

In the ninth inning and eight Reds defeats, Garrett became his coach and catcher when he decided to stalk the pirates' field and seemingly challenge all players to a fight.

After Garrett's obvious challenge, the pirate players began talking back to him as he was on the hill, escalating things from there.

Garrett, a 6-foot-6 helper, threw his glove and began attacking several pirate players. Garrett's team-mate Yasiel Puig, who was exchanged for the Cleveland Indians in the middle of the game, was involved in the brawl. Both players were ejected.

YASIEL PUIG, TRADED IN INDIANS, RECEIVES IN THE FINAL GAME WITH RED IN BRAWL

Photos of the brawl continued viral on social media. Some of the pictures showed Garrett standing in the midst of a crowd of pirate players ready to defeat him.

Garrett came into the game after Reds Reliever had hit Jared Hughes's pirate outfielder Starling Marte in the eighth inning earlier, for which some had believed an incident at the start of the game when Derek Dietrich got a ball thrown near his head.

Several pirate players told MLB.com that Garrett had come into the game and told Josh Bell, "Fk you."

"It seems like Amir would fight each time he comes onto the pitch and do not want to play baseball. "After the game, Garrett acknowledged that he was wrong and that violence should not matter part of baseball.

"I can not tolerate what I did. It's not in the game for that to happen, "Garrett said after the game. "Sometimes you let emotions make the most of you. I can not approve of that. I do not like kids seeing it in the baseball environment. Baseball is fun. The violence should not be there. Ultimately, it's about protecting your teammates and protecting yourself. Emotions have the best of me.

The Reds lost the game 1