City on Edge: Photographs from Hong Kong's summer of protest 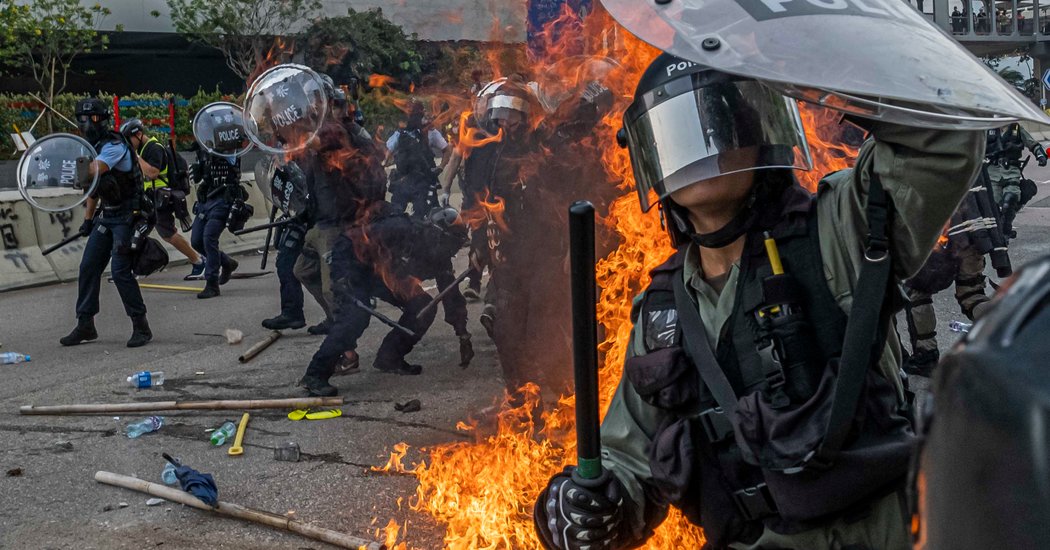 The Hong Kong protest movement reached a milestone on Tuesday: it was 80 days since the mass march that began almost daily demonstrations throughout the city.

In other words, the protest The campaign lasted longer than the Umbrella Movement of 2014, in which protesters occupied streets in Hong Kong to demand greater democracy.

Also in the face of the hostility of officials in Hong Kong and Beijing and the threat of Chinese intervention. This time the demonstrators show no sign of stopping.

Hong Kong residents took to the streets on June 9 for a law that allowed for deliveries to mainland China. Their demands increased, including after extended direct elections. They also want to investigate the use of police violence and amnesty for arrested demonstrators.

It's the biggest political crisis in Hong Kong since Britain brought its former colony under Chinese control in 1997.

Many protesters have peacefully expressed their dissatisfaction: in processions of hundreds of thousands of people, in advertisements in international newspapers and on so-called Lennon walls filled with handwritten notes.

Block roads and trains and forcibly collide with the police.

Photographer Lam Yik Fei spent the last 12 weeks on Hong Kong's lush summer streets, avoiding tear gas canisters and pepper spray to document every step of the movement for The New York Times. He was there on June 9, when hundreds of thousands of demonstrators poured through the downtown skyscrapers, and again last Sunday when a policeman fired a warning shot while being attacked by demonstrators.

Here are some of his most powerful pictures from the last 80 days.

The organizers said more than one million people had joined the first march, or nearly one in seven people in Hong Kong.

When the government refused to rescind the extradition law, demonstrators came out on June 12 and surrounded the legislature. The police fired tear gas canisters – the first of many; In early August, more than 1,800 would be fired.

Three days later Carrie Lam, Hong Kong's managing director, announced that the extradition law would be suspended but not withdrawn. This has done little to stop the public outcry. The next day, the demonstrators marched again. The organizers said nearly two million had participated.