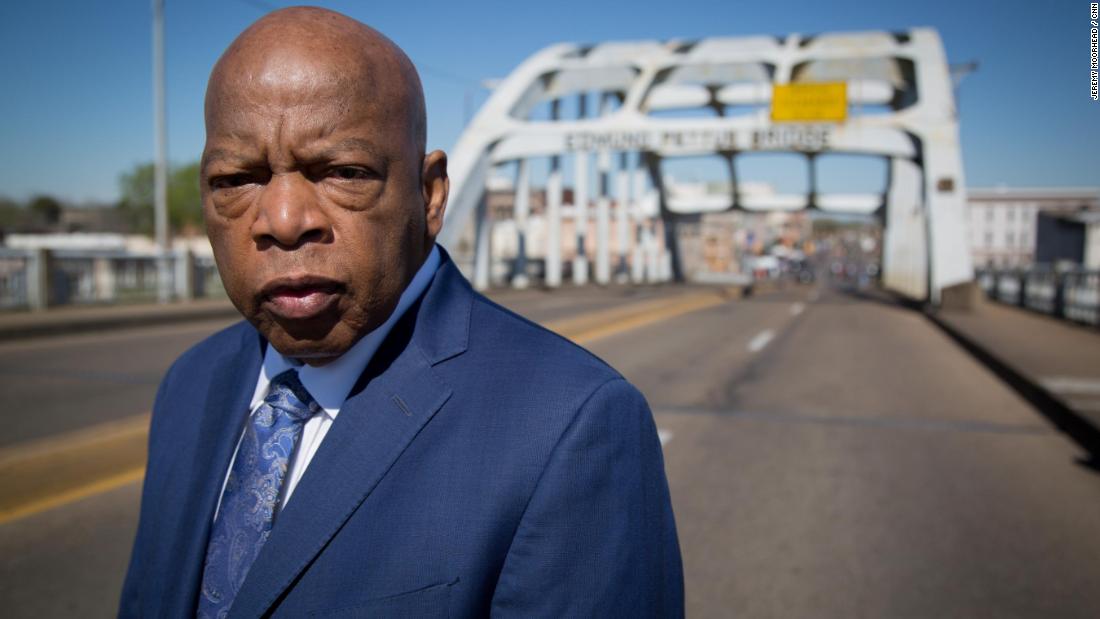 Spokeswoman Brenda Jones told CNN that Lewis is under routine observation, but she gave no details about the nature of his illness or where he is being hospitalized.

CNN affiliate WSB-TV reported that Lewis was treated at a hospital in Atlanta, and the station quoted unnamed sources as Lewis got sick on a flight to Atlanta on Saturday.

Lewis, 78, has Georgia's 5th Congressional District, which includes much of the city of Atlanta, since the first election in 1986.

In February 2011, President Barack Obama presented Lewis the Presidential Medal of Freedom, the highest civilian honor of the year country.
The longtime Democrat was a young activist and a leader of the non-violent Student Coordination Committee, as, in March 1965, he joined forces with Martin Luther King Jr. to direct a suffrage march to Selma, Alabama.

But when the nonviolent demonstrators reached the Edmund Pettus Bridge, on their way to the capital, Montgomery, they were confronted by heavily armed state police and local police. When the march did not return, protesters were attacked and beaten.

The images of "Bloody Sunday" – and Lewis, who was photographed under an attack and suffered a fractured skull – helped support the Electoral Law, which was signed months later by President Lyndon B. Johnson.