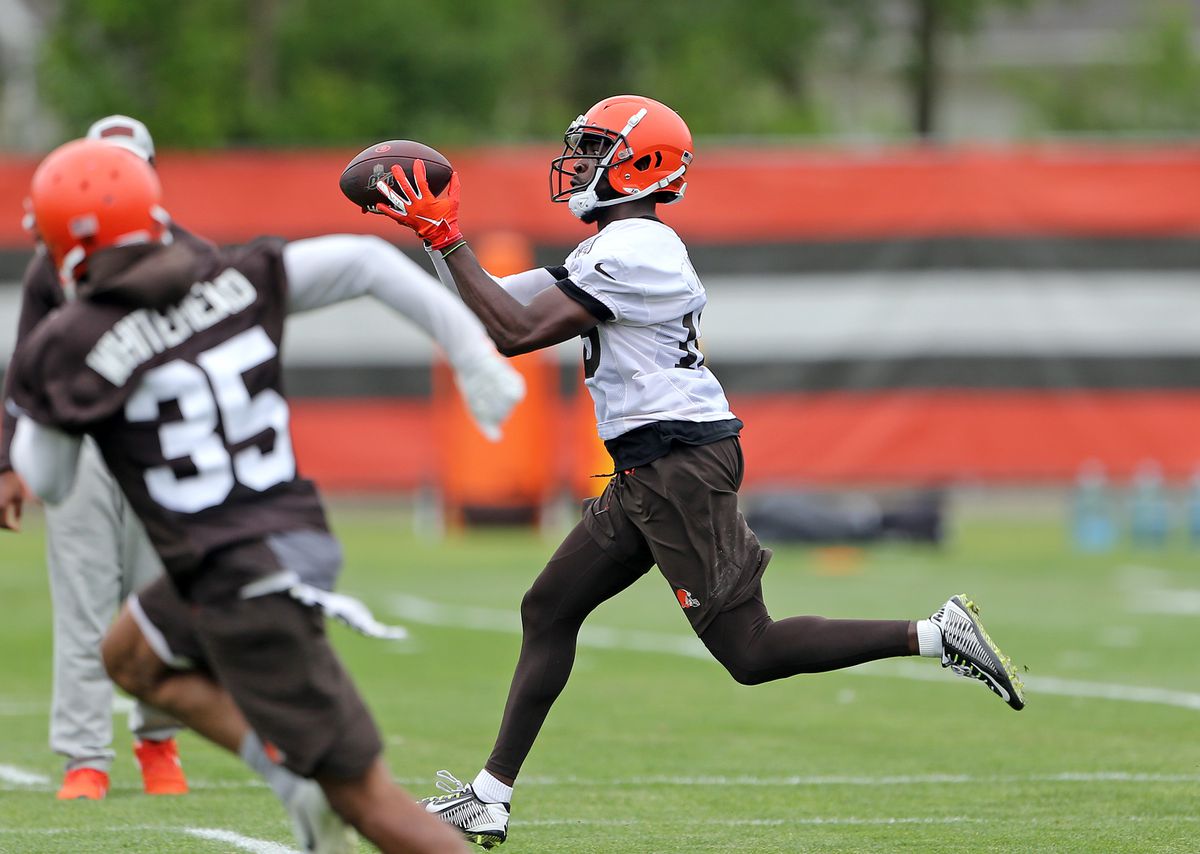 There were several Browns receivers on Thursday in the depth chart of Brown's last exercise of organized team activities and the third exercise of the media open OTAs.

Odell Beckham Jr . was not there Neither was Antonio Callaway . Jarvis Landry was on the sidelines. 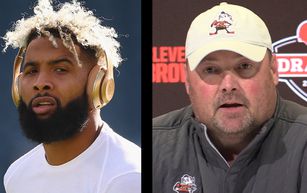 Kitchens finally admitted that Odell Beckham Jr. missed "a lot" because he did not attend OTAs.

"It's huge because you get the reps with Baker," said Adam Henry . So it's a big deal. "

It also creates opportunities for players who are a few steps lower than the players who play with the second team and who otherwise may not get this opportunity. Depth charts in the spring are fluent, but the opportunity is always important.

Here are eight observations on the offensive side of the training ball on Thursday:

1. The most offensive climax of the day came from one of these receivers, a long touchdown throw from Mayfield to Ishmael Hyman during a two-minute practice. It was an almost perfect throw from Mayfield, and the product of James Madison caught the ball with his fingertips and ran into the end zone.

* See the cast of Mayfield to Hyman in the video. *

. 2 Another notable recipient: Dorian Baker . He proved to be a reliable target throughout the practice on Thursday.

. 3 Drew Stanton does most of the work with the second team. Terrance Mitchell intercepted him, but he appears to be a primary backup detainee.

. 4 Let us love David Blough here, because you will see a lot of him at the beginning of preseason games. Blough threw a nice ball to the Wide Receiver D.J. Montgomery in the red zone. Blough and Garrett Gilbert fight for third quarterback.

. 5 Seth DeValve who worked mainly with the second unit, made some catches. The actual test for DeValve will come when the pads run in late July.

. 6 It was Kyle Kalis on the right with the first team and Austin Corbett back in the middle with the second team on Thursday. That was also the construction a week ago, when the last time the practice for the media was open. Head Coach Freddie Kitchen played it down and said the two had turned and the media had just been present on the days when Kalis worked for the first-team right-wing guard.

. 7 When you meet at home, Kendall Lamm worked with the second team on the left tackle.

. 8 Not present today alongside Beckham and Callaway: David Njoku and Duke Johnson .

Get Brown's Insider Texts Into Your Cell by Mary Kay Cabot: ] Bridge the clutter of social media and communicate directly with the award-winning Browns reporter, just like you would do with your friends. It's only $ 3.99 a month, which is about 13 cents a day. Learn more and register here .