Breaking News
Home / World / Cold War: How do tensions in Russia compare with those in the Soviet Union?

Cold War: How do tensions in Russia compare with those in the Soviet Union? 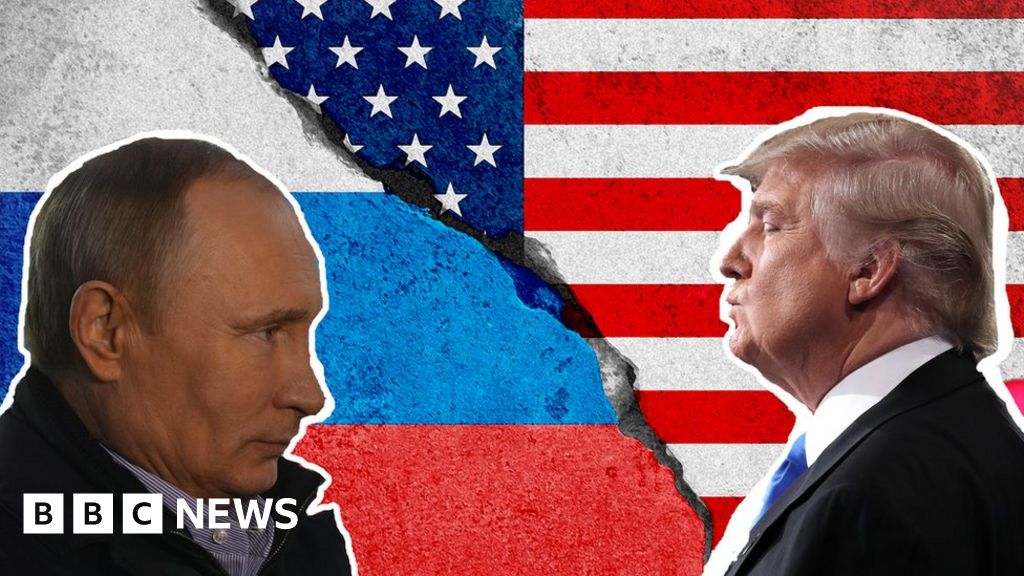 It has been a dramatic demonstration of solidarity that has exacerbated the longstanding tensions between Russia and the West.

On Monday, the US and its allies expelled dozens of Russian diplomats in response to the poisoning of a former Russian spy in the UK.

It was the largest such expulsion since the height of the Cold War era and hostilities with the then Soviet Union.

There are now fears of a serious diplomatic crisis and a freezing of relations between Moscow and the West, which once again raised the specter of the Cold War.

What was the Cold War?

Neither side ever fought directly because the fear of a nuclear war that hit millions of people at that time was too frightening, to think about it.

Instead, historians consider it a war between two opposing systems of government. The US and the West represented capitalism and the Soviet Union communism.

Both sides had very different ideas about how to govern a country, and both believed their system was superior. One source of great tension was that both believed the other side was trying to spread their belief system around the world.

How did it start?

There is no unanimous answer to this, but historians generally point to the end of the Second World War in 1945 as a crucial turning point.

This is because during the war the US and Soviet Union had been allies, but the relationship had been forged in the face of a common enemy in Nazi Germany and not permanent.

The war split Europe and both sides became the most dominant superpowers in the world.

Faced with their opposing belief systems, there was disagreement over how the post-war world should be organized and how Europe should be divided.

This triggered a fierce rivalry and a freezing of relations as both powers competed for supremacy.

The two sides organized into big alliances. The US and the West formed NATO, and the Soviet Union formed the Warsaw Pact with Eastern European countries such as Poland and Hungary.

Crucially, both sides feared the others and began to build and store weapons quickly.

In the 1960s, the US and the Soviet Union were able to deliver nuclear missiles across continents at high speed. By the end of the decade, both sides had developed anti-ballistic missile systems to defend themselves.

After the Cuban Missile Crisis of 1962, nuclear war was narrowly averted.

"The Cold War has never been so cold," says Malcolm Craig, a lecturer in US history at Liverpool John Moore University.

"Millions of people died in proxy conflicts or in conflicts against which the battle of the superpowers prevailed without acknowledging the fundamental local nature of the conflict.For Cambodians, Congolese, Koreans, Ethiopians, Somalis and many others, the Cold War was a hotter one War. "

How do you compare the current tensions?

There are certainly aftermath of the Cold War in the recent expulsions of Russian diplomats.

In 1986, for example, the United States and the Soviet Union exchanged the tit-for-tat expulsions of several weeks over a period of time. US President Ronald Reagan has expelled 80 Russian diplomats, five of whom have been suspected of espionage.

Comparisons were also made between the poisoning of a former Russian spy and Soviet behavior during the Cold War.

"The Soviet Union has clearly tried to kill people abroad they did not like," says Michael Cox, Emeritus Professor of International Relations at the London School of Economics. "So Russia does not do anything new in this regard."

But the history of this kind of behavior from Russia goes back further than the Cold War.

"The tactics that make the news, such as assassinations, have a much deeper history than the Cold War era," says Malcolm Craig. "The sense that we face a new Cold War because of such tactics is a bit wrong."

How worried should we be? "We still have nuclear weapons and these are still a big deterrent, there are important economic relations between Russia and the EU that are not insignificant, there are also many Russians living in the West," says Michael Cox.

There are also fundamental differences between the Soviet Union and today's Russia, which make the current tensions less disturbing.

"Russia is not the Soviet Union, and its international position is quite, very different," says Malcolm Craig. "It is much more integrated into the global economic system than the USSR, which makes it more vulnerable to economic pressure."

"I can not imagine that Putin would want a long-term freezing of relationships and more and more sanctions," adds Michael Cox.

But he warns that the present tensions are unpredictable.

"The only thing the Cold War did, at least until 1989, was to keep the two sides pretty far apart. There was some kind of influence on the sphere of influence," he says.

"The demarcation zones seem to have completely collapsed."