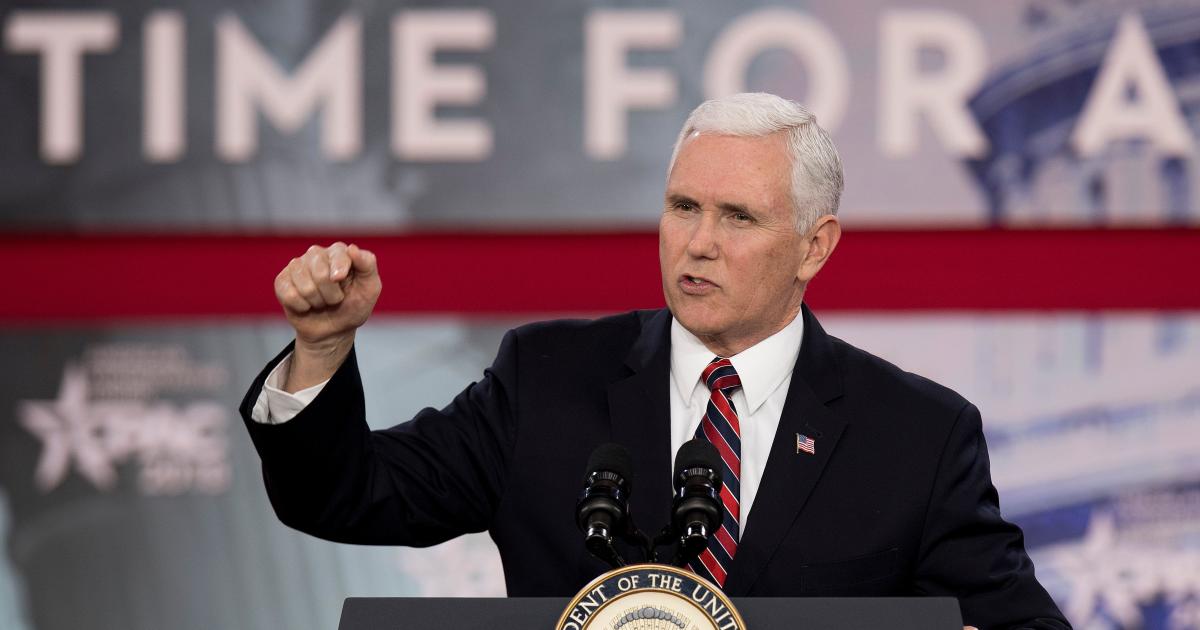 Vice President Mike Pence was born and raised in Columbus, Indiana. And his tenure as governor of this state made national headlines when he signed the controversial Restitution of Religious Freedom sparking a fiery debate over whether companies can discriminate against people based on their sexual orientation or gender religious reasons

Also in Congress, Pence positioned on the opposite side of several issues that are important for the LGBTQ community: the extension of the definition of hate crimes, a constitutional amendment prohibiting homosexual marriage and opposition measures, protect gay or transgender people from discrimination in the workplace.

In recent months, the vice president has again made national headlines on the subject ̵

1; first in a Twitter exchange with openly gay US figure skater Adam Rippon before the Olympics, then as comedian John Oliver trolled him with a children's book in which the family hare was introduced in a homosexual relationship.

So, if you live elsewhere in the country and the Vice President is your only connection to Columbus, Indiana, you might think that it is a rather unfriendly city for members of the LGBTQ community. Now allies in Columbus are hosting the city's first Gay Pride Festival to prove that the opposite is the case.

Erin Bailey, the headmistress who organizes the festival, told CBS News that she was inspired to plan the event, the Restitution of Religious Freedom Law, which she called "insane," and the widespread misunderstanding of Columbus.

"Since Columbus was Mike Pence's hometown, it seemed very important to show that Mike Pence is open-minded -LGBT, that does not mean that we are others in his hometown," she explained. "There are many people here who are in the LGBT community and are LGBT friendly."

The event, which will be held on April 14, will include training booths, music, drag performances, rainbow-themed food, Pride Swag, and an art exhibit.

As for the Vice President, his political record may certainly be perceived as "anti-LGBT", but according to his spokeswoman, he is not against this event. In fact, he made a statement of support and encouragement.

"Vice President Pence praises Erin Bailey for her activism and engagement in the civil process," spokeswoman Alyssa Farah said in a statement to IndyStar. "As a proud Hoosier and Columbus native, he is encouraged to see young people from his hometown involved in the political process."