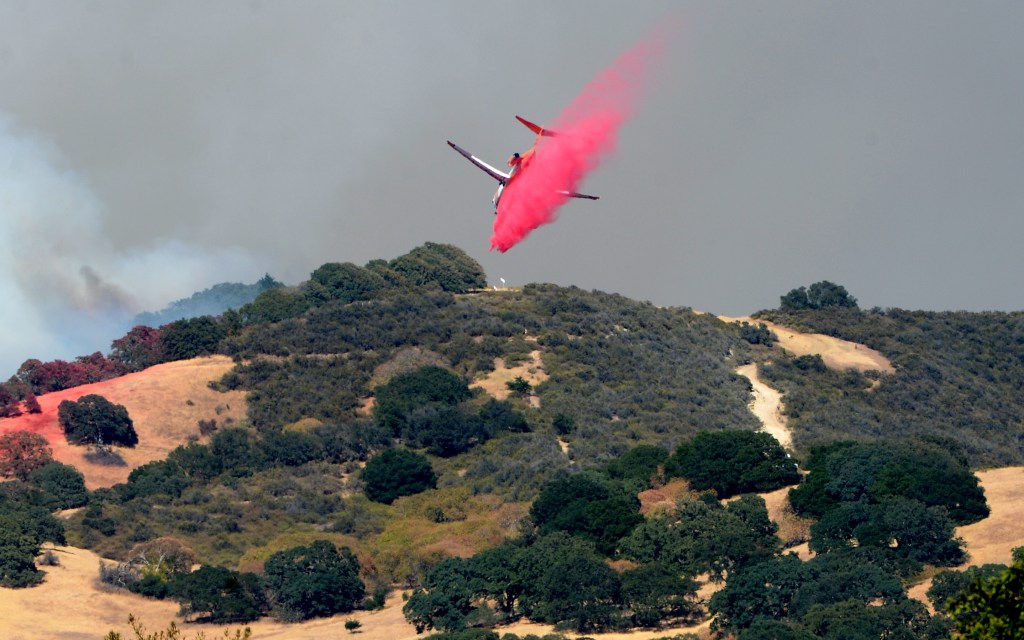 CONCORD – On Friday afternoon, a wind-blown grass fire ignited in Concord near the Walnut Creek border, causing the evacuation of several homes, the authorities said.

After a few hours the inhabitants were allowed to return to their homes. 30:00

Reported at 15:40 hours On the streets of Ygnacio Valley and Cowell, the fire burned 268 acres in and around the Lime Ridge open space and was 85 percent contained, according to the Contra Costa County Fire Protection District.

For news and more, get our free mobile app from the Apple App Store or the Google Play Store.

Marshall said there was no estimated time for complete containment. Although the fire stopped progressing, the vegetation in the center of the affected area was still burning.

"It's moving pretty fast and it's wind-driven," said Ryan Bain Fire Department spokesman in the first hours of the fire.

A back-firing and smoking vehicle unleashed the fire on the Ygnacio Valley Road, Marshall said.

"We are confident that the fire from this vehicle was started by accident," he said.

Several houses along Crystyl Ranch Drive were evacuated at 4 pm, to Bain and residents Evacuations were also reported in the nearby Montecito neighborhood. An emergency shelter has been set up at Center Concord on Clayton Road 5298 in Concord.

An order commissioned on site was issued around 5pm. for parts of Walnut Creek and Concord near the fire. The authorities also temporarily shut down Ygnacio Valley Road on Oak Grove Road.

Smoke from the fire was visible from the Oakland Hills when the afternoon gave way to evening.

"There's a lot of smoke stirring up," Bain said, "but at the time I think we're on the rise with it."

On another Friday, firefighters fought a 60-acre fire near Tesla and Reuss streets in Livermore. Cal Fire reported that the fire was cut by 50 percent at around 9:00 PM