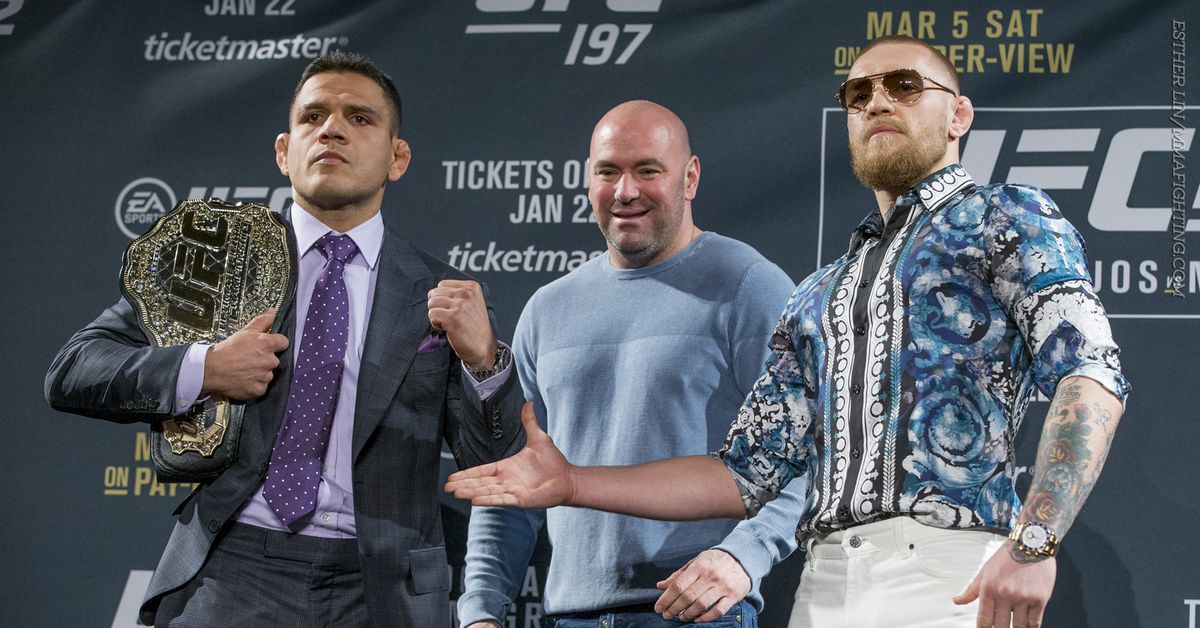 Conor McGregor may not soon be caged, but that does not mean that he will not throw shrewd comments at those who are. McGregor has earned a reputation over the past months without a fight for tweeting about the major events that hit the UFC this weekend, and the UFC battle night: Dos Anjos vs. Lee on ESPN + was no different.

It's a bit of a coin toss, whether we get Compliment Conor or Nasty "Notorious". Last night was the return of the latter, as McGregor cast a shadow over Rafael dos Anjos after his impressive victory over Kevin in the fourth round. Lee (see the highlights here) summed up her sunken lightweight 201

A refresher of what happened: The former featherweight champion McGregor was expected to play against the then lightweight world champion dos Anjos at UFC 196, but dos Anjos was pushed off the map with a broken foot. McGregor fought against Nate Diaz instead and lost the first match by submission, but pushed Diaz out of the race five months later in the rematch. Barely three months later, McGregor would finish 2016 where he started: to fight for the lightweight title. But until then, it was no longer held by the RDA, which made it to Eddie Alvarez in July.

If McGregor was interested in hard fights that were more steak than sizzle, a fight with Rafael dos Anjos would be something to see. Unfortunately, the Irish superstar remains extremely reserved when it comes to settling on a specific opponent. Part of this has to do with the current financial gap between Conor and the UFC, which does not look like it will be resolved shortly.

But even with the correct number of zeros on his paycheck, we doubt McGregor would choose Dos Anjos for a "red panty night" … unless RDA happens to be back in the title. And as good as he looked Saturday night, we'll wait until we see him against a decent welterweight before we weigh his chances of taking the Welter weight belt.