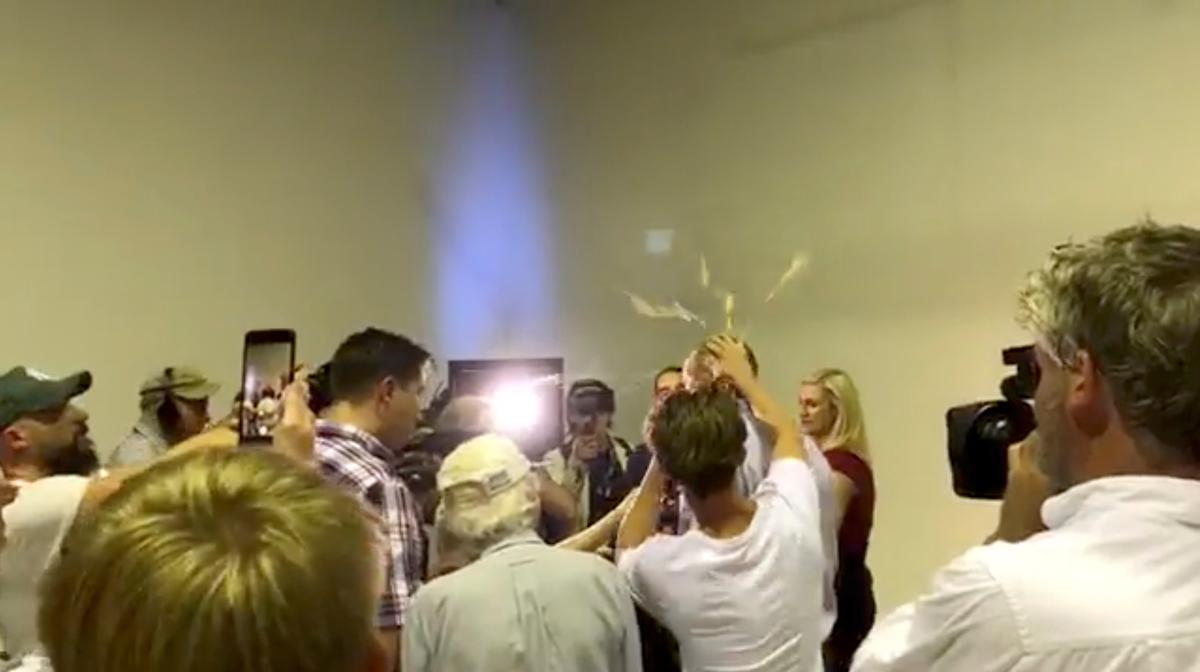 MELBOURNE (Reuters) – Australian police claimed to have investigated them after a teenage boy smashed a controversial right-wing lawmaker who blamed the mosque's mass raids on New Zealand's immigration program.

Recorded on social media footage shows that Senator Fraser Anning was approached from behind at a political event on Saturday before he was hit on the back of an egg.

The material showed Anning as if trying to hit the person before that person was knocked down.

The Victoria Police issued a statement stating that the incident was being investigated "in its entirety" and that it was a 17-year-old boy.

Anning was widely condemned after saying he had "pulled Muslim fanatics" into the country.

"(Annings) Merging this terrible terrorist attack with issues of immigration, especially in his attack on the Islamic faith, these comments are appalling and they are ugly and have no place in Australia," said Australian Prime Minister Morrison to journalists on Saturday ,

A GoFundMe campaign raised more than $ 19,000 for the teenager to cover the legal fees. So he could "buy more eggs" until Sunday and the hashtag #EggBoy was on Twitter.

Meanwhile, the Australian Immigration Minister announced on Saturday that the controversial conservative spokesman Milo Yiannopoulos can not enter Australia after Yiannopoulos calls Islam a "barbaric" and "foreign" religion.

"Mr. Yiannopoulos's comments on the social media regarding the terrorist attack in Christchurch are terrible and are fueling hatred and division," said Immigration Minister David Coleman in a statement.

Australian Brenton Harrison Tarrant, 28, a suspected white boss, was charged with murder on Saturday after 49 people were killed and dozens injured in mass shootings at two mosques in New Zealand.

Report by Will Ziebell; Editing by Lincoln Feast