Breaking News
Home / World / Conversion is not your mission, the Pope tells the Catholics in Morocco

Conversion is not your mission, the Pope tells the Catholics in Morocco 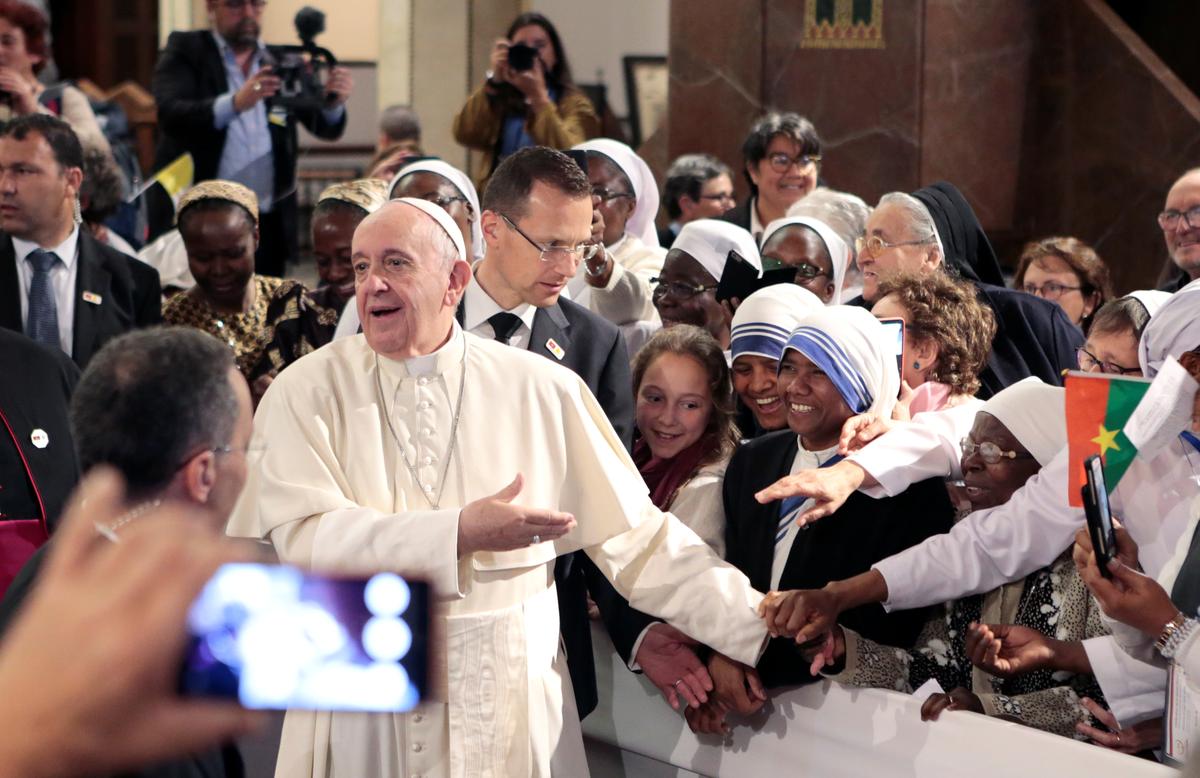 RABAT (Reuters) – Pope Francis told the tiny Catholic community in predominantly Muslim Morocco on Sunday that it is not their mission to hide their neighbors, but to live in brotherhood with other denominations.

Francis used his two-day journey to emphasize the dialogue between religions. He has also supported the efforts of Moroccan King Mohammed VI to spread a form of Islam that fosters interreligious dialogue and rejects violence in the name of God.

The 23,000 Catholics in Morocco – most of whom are French and other European emigrants and migrants from sub-Saharan Africa – account for less than one percent of the 35 million inhabitants.

"Christians are a small minority in this country. However, I do not think that is a problem, although I realize that it can sometimes be difficult for some of you, "he said at a meeting with Catholic community leaders in the Cathedral of Rabat.

Conservative Catholics have criticized the opposition of the Pope for the organized or aggressive recruitment of potential converts.

"The church does not grow by proselytism, but by attraction," said Francis, to applaud.

"This means, dear friends, that our mission as baptized persons, priests and consecrated men and women is not really determined by the number or size of spaces we occupy, but rather by our ability to effect change and to awaken wonder and compassion, "he said.

The Moroccan authorities do not recognize Moroccan converts to Christianity, many of whom secretly worship in homes. The conversion from Islam to Christianity is banned, as in many Muslim countries, and proselytizing is punished with up to three years in prison.

"The problem is not that we are few, but insignificant," said Francis, adding that Catholics are called to be an integral part of interfaith dialogue in a world "through." the policy of disunity shattered "extremism and division."

At a Mass for some 10,000 Catholics in a sports arena before returning to Rome, the Pope also emphasized the need for inter-religious dialogue, saying that people should resist to "classify themselves according to different moral, social and ethnic criteria or religious criteria".

On Saturday, Francis and King Mohammed VI visited an institute founded by the monarch to train imams and male and female preachers of Islam.

Morocco promotes itself as an oasis of religious tolerance in a militantly torn region s has offered training to Muslim preachers from Africa and Europe that call moderate Islam Islam as moderate.

At the Saturday event, Francis praised the King for "providing sound training against all forms of extremism that often lead to violence and terrorism and in any case constitute a crime against religion and against God Himself".

Also on Saturday, Jewish leaders were in the front row at two events led by the Pope and the Monarch to interfaith dialogue.

Francis' appeal for interreligious dialogue was intensified on Sunday by the presence of 95-year-old French monk Father Jean-Pierre Schumacher in Rabat, resulting in a massacre of Tibhirine is known in Algeria.

In March 1996, during a civil war between the government and Islamist rebel groups, seven French monks were abducted in a monastery in the central-Algerian village of Tibhirine.

The monks were detained for approximately two months and found dead except for Schumacher, who escaped.