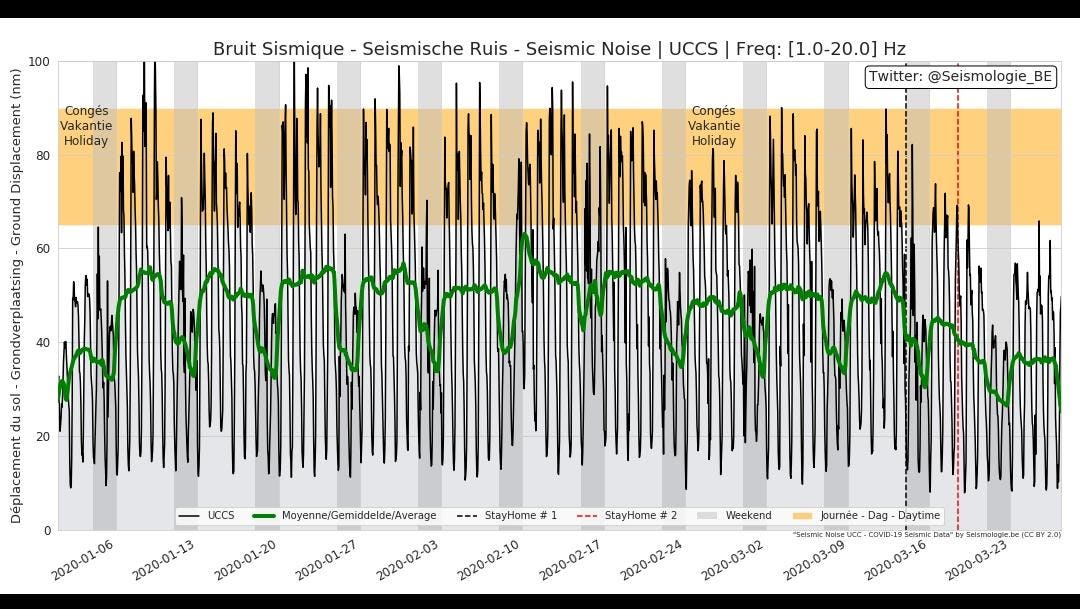 Seismometers around the world are experiencing decreased seismic activity due to quarantine measures taken by many governments to stop Sars-CoV-2 virus infection.

Seismometers are instruments that react to ground movements caused, for example, by earthquakes, volcanic eruptions and explosions. The recorded data are used to locate and characterize earthquakes and to study the internal structure of the earth.

Modern seismometers are so sensitive that even the noise patterns caused by people’s daily business, such as driving to work, can disrupt their recordings. With almost an estimated third The global population that remains at home has closed businesses and factories, and traffic in and around cities has decreased significantly. This restricted mobility of people is also visible worldwide in seismic records.

The seismograph station at the Royal Observatory of Belgium in Brussels̵

7; suburb shared a diagram shows a decrease in man-made seismic noise in the past two weeks in the city, comparable only to major holidays. Since March 18, when government blocking measures came into force, the vibration caused by human activity has decreased by about a third.

A seismograph station near Milan in Lombardy, one of the Italian provinces most affected by the Coronavirus outbreak, shows how traffic in the Po Valley, one of the most important agricultural and industrial areas in Italy, decreased after the blocking measures came into force in March 8 .. The comparison of the 24-hour recordings of February 24 and March 30 shows how the seismic noise decreased significantly during the day without traffic entering or leaving the city.

A drop in average seismic background noise levels during the day was also seen at stations in the United States Great Britain, in the France and New Zealand.