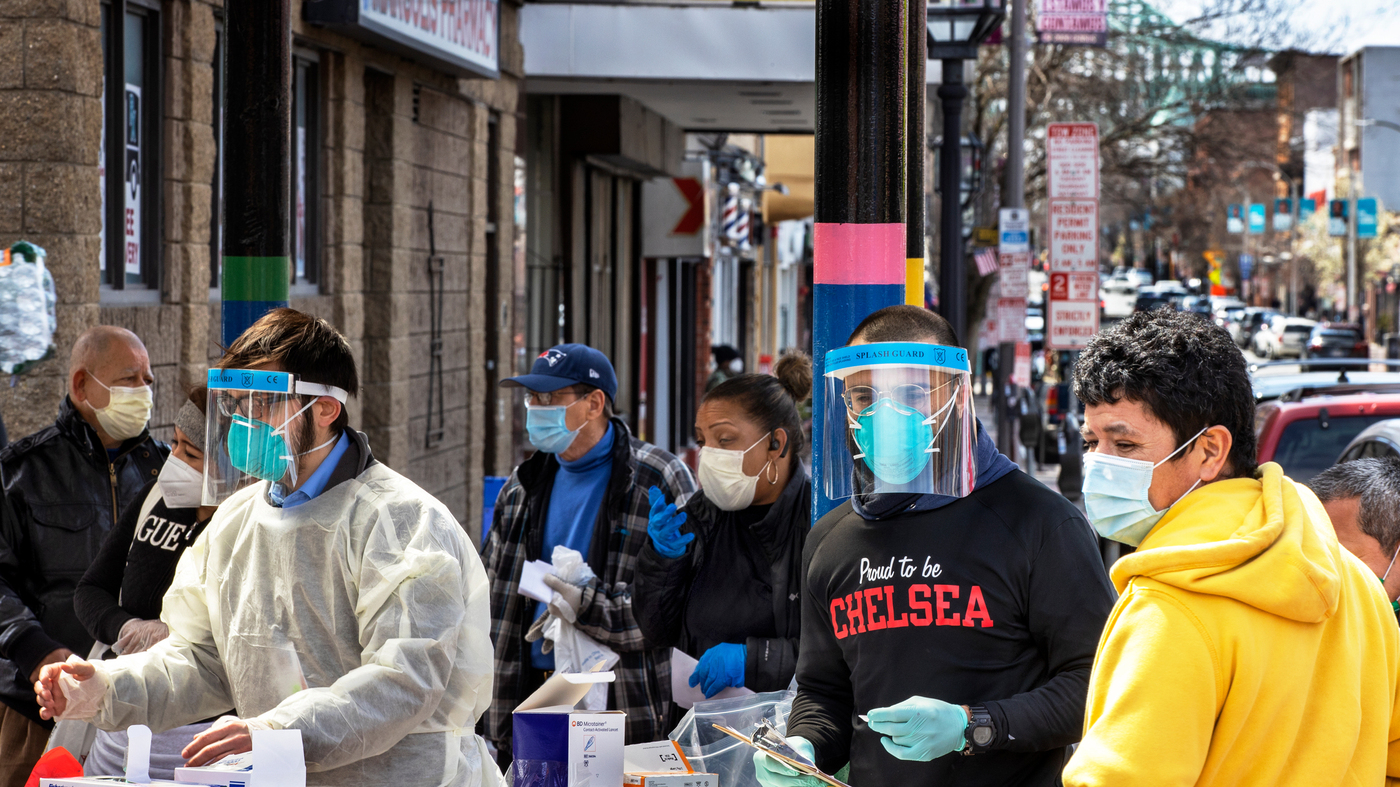 In mid-April, people in Chelsea, Massachusetts, queued up to get antibody tests for the coronavirus that causes COVID-19.

In mid-April, people in Chelsea, Massachusetts, queued up to get antibody tests for the coronavirus that causes COVID-19.

Evidence shows that the coronavirus is more common and less deadly than it first appeared.

The evidence comes from tests that detect antibodies to the coronavirus in a person’s blood and not to the virus itself.

The tests showed a large number of people in the United States who were infected but never seriously ill. And if these mild infections are included in the coronavirus statistics, the virus appears less dangerous.

“The current best estimates for infection mortality risk are between 0.5% and 1%,” said Caitlin Rivers, epidemiologist at the Johns Hopkins Center for Health Security.

This is in contrast to mortality rates of 5% or more, based on calculations that only take into account people who have become sick enough to be diagnosed with tests that detect the presence of viruses in a person’s body.

The revised estimates support an early forecast by Dr. Anthony Fauci, director of the National Institute of Allergy and Infectious Diseases and a leading member of the White House Coronavirus Task Force. In an editorial published in late March in the New England Journal of Medicine, Fauci and colleagues wrote that the mortality rate for COVID-19 “can be significantly below 1%”.

But even a virus with a death rate of less than 1% poses a huge threat, according to Rivers. “This is many times more deadly than seasonal influenza,” she says.

The new evidence comes from places like Indiana, which completed the first phase of a massive test effort in early May.

The governor wanted basic information on how many people were infected and how many would die.

At the time, “it was really difficult to know for sure,” says Menachemi. “And frankly, not just in our state, but in every state.”

This was because the health authorities only knew of people who were sick enough to be tested for the virus. And that number can be misleading, says Menachemi.

“It doesn’t capture the large number of people out there who may be infected but are not looking for medical care,” he says.

As of late April, Menachemi, in collaboration with the Indiana Department of Health, conducted a study of more than 4,600 people across the state. Most were chosen at random.

The participants received two tests. The first was the standard test, which looks for the virus itself. It shows if you have an active infection. The second was a test that looked for antibodies to the virus in a person’s blood. It recognizes people who have been infected but have recovered.

Preliminary results showed that the coronavirus infected about 3% of the state’s population or 188,000 people.

And 45% of those infected said they had no symptoms at all.

For Menachemi and his team, it was like finally looking at the entire coronavirus iceberg, rather than just the part above the water.

And the results in Indiana are similar to those suggested by antibody studies in several other areas. For example, in New York, an antibody study found that the state had an infection mortality rate of around 0.5%.

Studies in Florida and California have even suggested lower death rates, but the results are less certain, Rivers says.

An antibody study in Santa Clara County, California used Facebook ads to find participants – a tactic that is unlikely to attract a random sample. Antibody studies will also become less accurate if they are carried out in areas where the prevalence of infections is low.

Calculating US infection mortality is very useful for researchers, but less so for infected people, Rivers says.

“Fortunately, children and young adults are at low risk of serious illness and death,” she says. “But older adults are at fairly high risk.”

Studies suggest that the chances of a healthy young person dying from an infection are less than 1 in 1,000. But for someone with poor health in the 90s, it can be greater than 1 in 10.

And that means different states in the US should expect different infection mortality rates, says Juliette Unwin, a research fellow at Imperial College, London.

“Places like Maine and Florida find that the mortality rate from infections is higher than in other places where the population is younger,” she says.

“That will change and revise, just like everything in science,” said Samir Bhatt, a lecturer at Imperial College London. “But I don’t think we have an order of magnitude.”

To get a more accurate estimate of infections and infection mortality across the country, the National Institutes of Health launched an antibody study that tested 10,000 people. The results are published continuously. The trial is expected to be completed in early 2022.