قالب وردپرس درنا توس
Breaking News
Home / Science / Could the many elite athletes teach us how to improve our own physical performance?

Could the many elite athletes teach us how to improve our own physical performance? 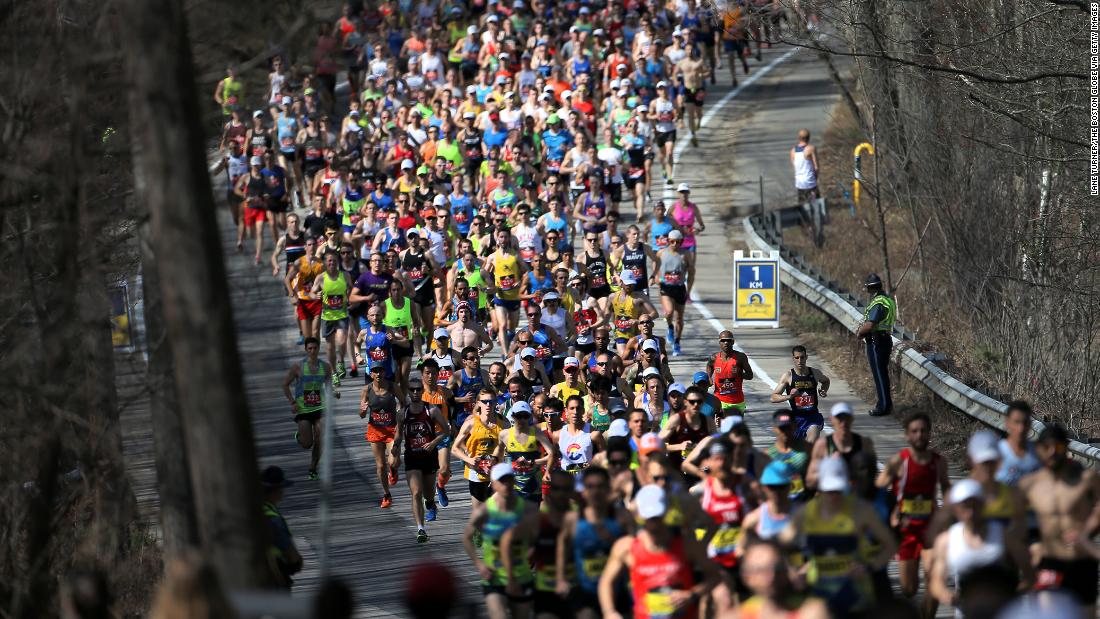 Our digestive system, a group of organs that includes the stomach and colon, houses nearly 100 trillion bacteria. In summary, known as "intestinal microbiome", these bacteria help our body break down complex carbohydrates and starches while producing vitamins and hormones. The intestinal flora, which collectively weighs up to 1.5 kg and contains more genes than our actual genome, has escaped observation until scientists began to study and sequence the 500 to 1000 different bacterial species that inhabit each of us ,

Although no two people have identical microbiota, the researchers for their new study hypothesized that the guts of elite athletes must contain similar types of bacteria that help them to perform and recover.

To validate their theory, the researchers analyzed stool samples from Boston Marathon runners from 201

5 in the week before and after the race to identify possible variations in bacterial species in the athletes' microbiome. After the marathon, the bacteria of the genus Veillonella increased significantly compared to other bacteria in the intestine of competitors. The natural function of this beetle is to break down lactic acid, which is produced by the body during intense physical activity and is known to cause muscle fatigue and sore muscles. According to the researchers, Veillonella may be able to help alleviate this pain.

Next, the researchers isolated a strain of Veillonella atypica from athletes' feces and fed mice with it. Treadmill tests showed that this bacterial boosted diet increased the animals' performance by 13% compared to mice not given Veillonella. The lactate formed when the mice were challenged was metabolized by the bacteria, with by-products of this chemical process entering the circulation and resulting in an increase in performance, as the new studies showed.

One potential motivator – and conflict of interest – for the researchers in the study is their biotech company FitBiomics Inc., which aims to commercialize performance-enhancing probiotics based on bacterial "derivatives" found in the microbiomes of elite athletes.

The development of smart probiotics could not only improve the performance of next-generation athletes, but also improve the health of patients with certain metabolic disorders or diseases such as diabetes, the researchers said. They will continue their microbiome studies to translate unique bacterial properties into probiotic treatments.

Professor Timothy Read of the Emory University School of Medicine in Atlanta told CNN that earlier studies had already shown that Veillonella occurs in large numbers in athletes' stools , The new study goes one step further, suggesting that this bacterial species might be "enriched in the intestine due to lactic acid degradation caused by exercise," said Read, who was not involved in the research.

A weakness of the study is the fact that the "single direct evidence" that Veillonella positively influences the training potential is treadmill testing in mice, Read. In addition, the evidence of increased athletic performance due to the metabolic properties of Veillonella comes from a small number of samples, he said. Although the study is "part of a trend of interesting work" that illustrates the striking effects of individual microbes, it serves only as a "preliminary" report and requires some skepticism, Read said.

"Life events such as diseases can alter microbiome," said Read, who studies the role of microbes in the human body in influencing health, either as pathogens or as members of the microbiome. How we can permanently change our microbiome to improve our health is "an active field of research," he said. "Our guts can vary to a degree in short periods of time, but there is some resilience to individual patterns."

Elizabeth Corwin, Deputy Dean of Research at Emory University School of Nursing, believes the new research is both intriguing and comprehensive. "Corwin, who was not involved in the new study, said that this is indirectly related to her own work on gut microbiota of pregnant women.

Research has shown that the bacterial composition in the gut of women" is in a period of high energy demand. " Pregnancy – adapts to harvest calories from the mother's diet more efficiently, "she explained: most women see a return of non-pregnant condition after childbirth, suggesting that different types of situations that increase energy use changes in the microbial composition. "