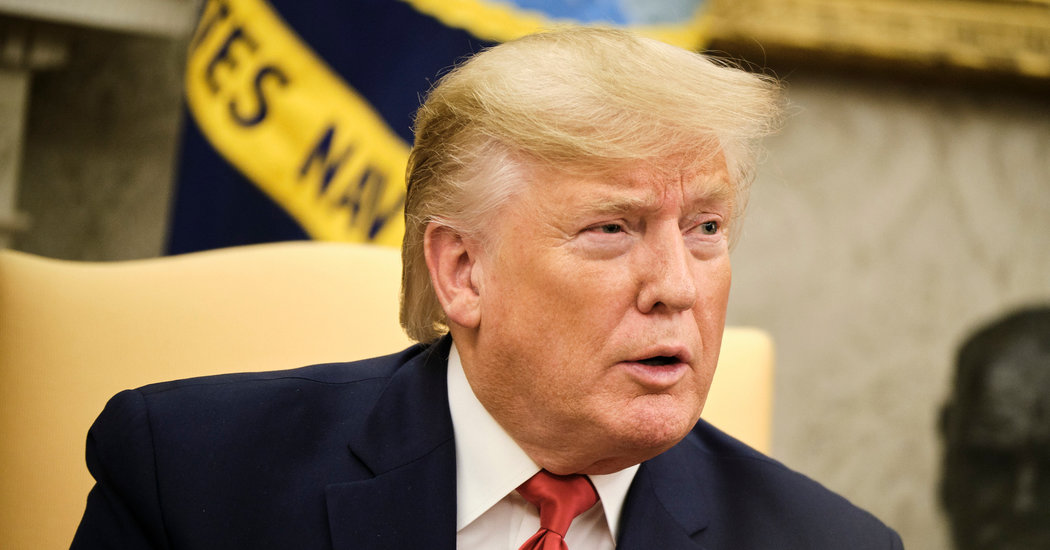 WASHINGTON – A full federal appeals court refused on Wednesday to admit President Trump's appeal for an earlier ruling requiring his firm to meet the demands of a house committee and implement eight years of its financial records. After a series of court cases for Trump over his uncompromising pledge to fight Congressional summons, the United States Court of Appeals rejected the District of Columbia made its request to rehearse a case in which he summoned the summons to the Federal Chancellor's company, Mazars USA.

Mr. Trump will almost certainly appeal to the Supreme Court and possibly add another blockbuster case about the separation of powers during his current term.

Lawyers representing Mr. Trump had argued that Congress had no legitimate legislative authority to search his business records because the committee she sought sought to find out whether he violated applicable laws – and not whether a new law should be issued.

A three-judge appeals court rejected this blanket argument and confirmed the Congressional authority to issue the summons a two-to-one vote. But Mr. Trump asked the full court to clear this verdict and rethink the case. The court rejected his motion on Wednesday at 8 to 3.

Among the eight judges were seven appointed by Democratic Presidents Bill Clinton and Barack Obama. One, Judge Thomas Griffith, was appointed by President George W. Bush, a Republican.

The three judges who disagreed were all appointed by Republican presidents: Mr. Trump's two on the bench, Gregory Katsas and Neomi Rao. The latter was the objection in the Panel's earlier decision. The third judge was appointed by President George Bush, Karen L. Henderson.

This is an evolving story. Check again for updates.