Breaking News
Home / World / Crane falls on a London apartment building, killing at least one and injuring others

Crane falls on a London apartment building, killing at least one and injuring others 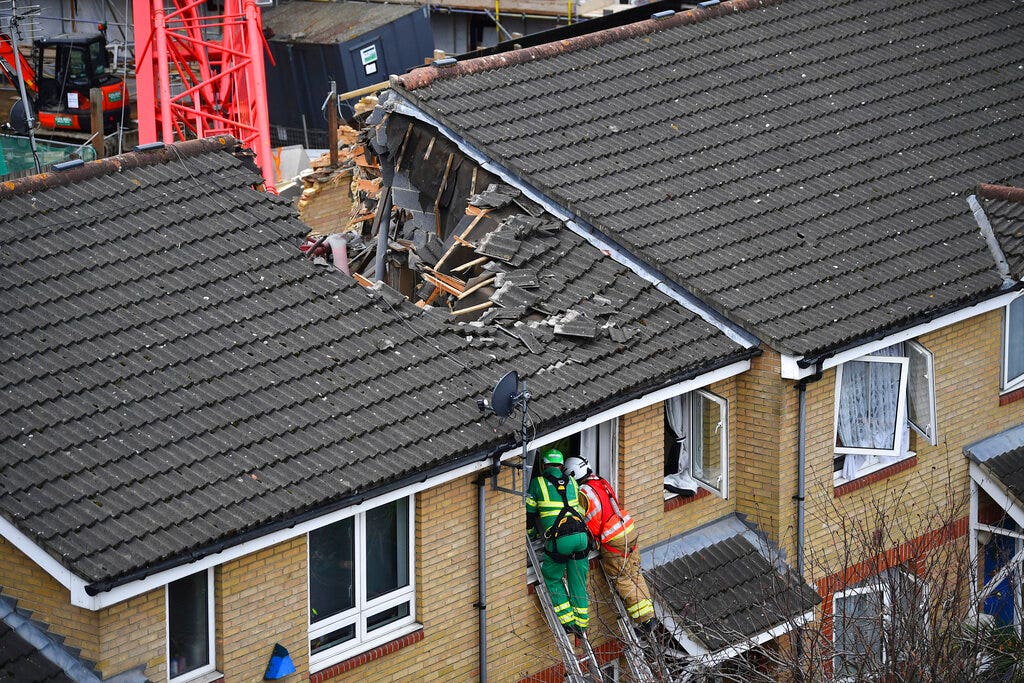 A 65-foot crane crashed into an apartment block and two houses in East London on Wednesday afternoon, killing at least one person and injuring four others, the authorities said.

Rescue workers at the crime scene in Bow, where a 20-meter crane collapsed on property and people were trapped in east London on Wednesday, July 8, 2020.
(PA via AP)

Four people were treated, including two who were hospitalized with head injuries. Crews and a team of specialized paramedics working in dangerous environments were on site in the Bow neighborhood.

A woman whose house was damaged told the PA news agency that she felt “traumatized.”

“I came out of the bathroom and if I got out a second later the loft door upstairs could have dropped on me and that would have knocked me out,” said the woman who refused to give her name. “The way everything fell – if my brother or sister had been in their rooms where it directly hit, I just can’t bear to think about it.”

Graham Ellis, deputy commissioner for the London Fire Brigade, said search and rescue teams would use special equipment to search the property as part of a “complex rescue operation”.

“This is a multi-agency response and is likely to be a lengthy incident,” said Ellis.