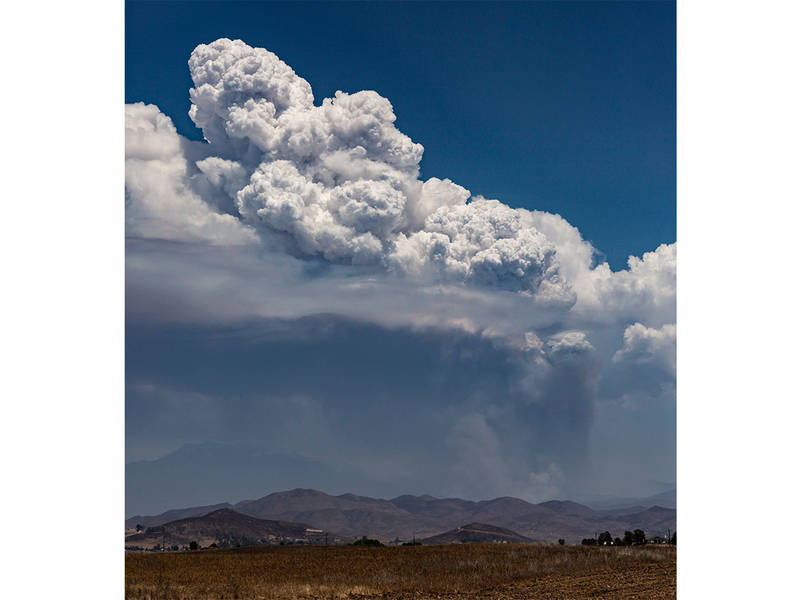 UPDATE 15:30: Officials tell Patch that the big fire burning in the mountains near Idyllwild was deliberately set.

According to CHP officer Darren Meyer at 12:24. About 25 minutes after Cranston Fire first broke out, Hemet Police Department, the Riverside County Sheriff's Department, and the CHP helped a driver who had been instructed to "await involvement at the beginning of the fire." [19659002] Patch has contacted the Hemet police department for more information and we will provide updates as we learn more.

1; A bushfire burning in the mountains south of the San Gorgonio Pass sent a plume of smoke to Riverside County on Wednesday. At 2:00 pm, the fire – called the Cranston Fire – was estimated at 800 acres "at a rapid rate of propagation."

The authorities of the San Bernardino National Forest state that there are compulsory evacuations for the southwestern Idyllwild.

"Leave the area immediately," the agency said on Twitter.

Officials have closed several highways. Highway 74 is closed between Cranston Fire Station and Lake Hemet, while Highway 243 is closed between Pine Cove and Mountain Center, according to Rebecca Miller with the San Bernardino National Forest.

Miller tells Patch that the fire was reported around noon and that it currently contains zero percent. At 13 o'clock the fire was estimated at 200 acres – in just one hour it grew to 800 acres.

It is unclear at this time how many people are affected by the evacuation orders.

So far, there is no evidence of damage or injury.

Although ABC7 News reports that the fire may have been deliberately discontinued and someone arrested for questioning, Miller said the US Forest Service officials are still investigating the cause of the fire.

"Resources are coming," said the US Forest Service at 2:00 pm.

Firefighters face three-digit temperatures in the area, which is under excessive heat warning on Wednesday, according to National Weather.

This is a brand new story. Update for the newest.

Get the Banning Beaumont Newsletter