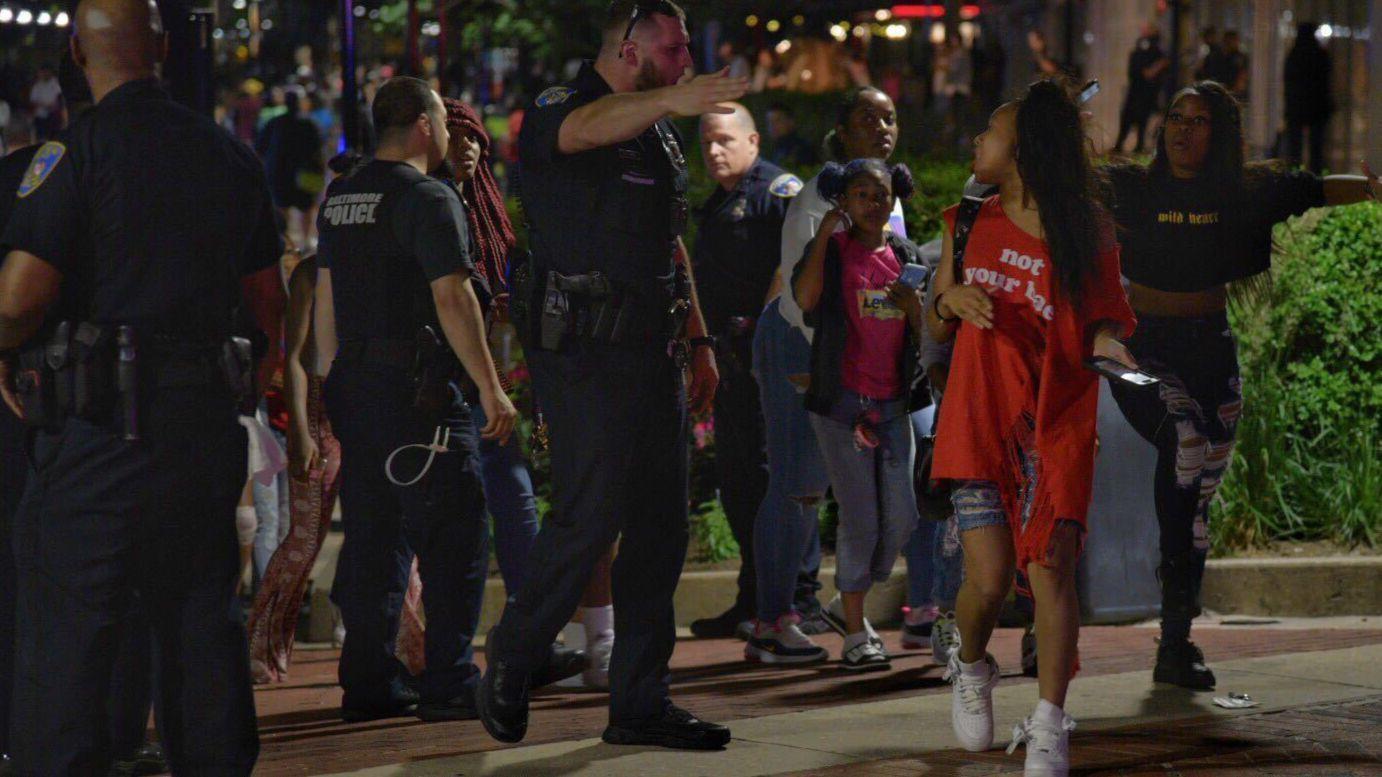 Officers began to receive reports at 6:30 p.m. of youths fighting downtown. The crowds remain for several hours. Police say they are arrested six people, and no one was seriously injured.

By 9:30 p.m., officers were directing bystanders away from the intersections of Light, Calvert and Commerce Streets. There were scattered and unconfirmed reports of robberies.

Hundreds of youths – boys and girls – filled the areas. Some could be seen clowning and chasing each other. Two boys were seen fighting near Calvert and East Fayette streets.

On Commerce Street, an officer shouted for a group of boys to keep their hands off a parked car.

Police spokespersons did not return messages.

In springtime, large groups of people gather in the Inner Harbor, leading to mostly peaceful but tense encounters with police.