Cuttlefish arms are not that different from yours 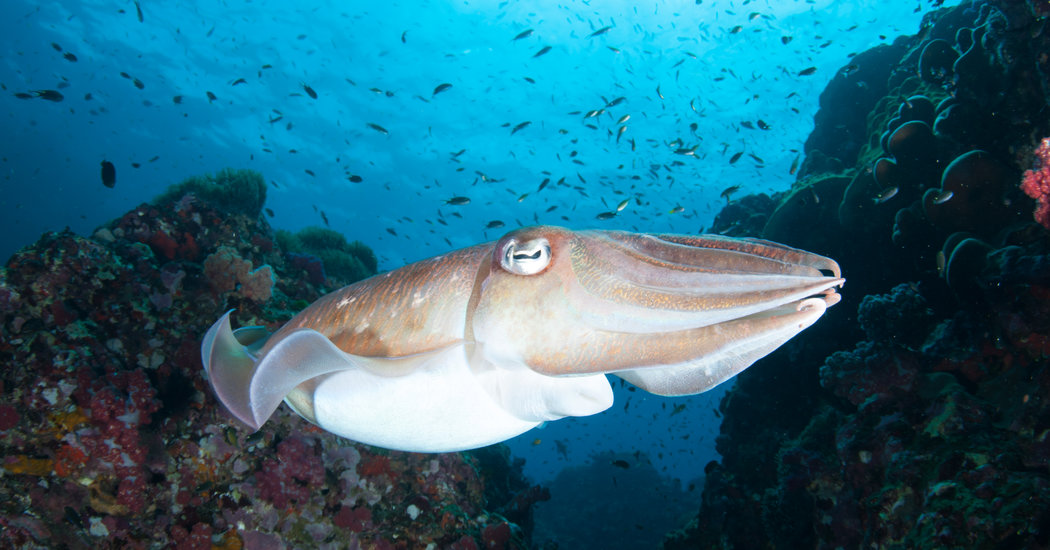 The cuttlefish and their relatives, cuttlefish and cuttlefish, often meet human observers as floating aliens wrapped in suckled limbs – boneless, writhing limbs that seem to have nothing in common with our own arms and legs.

However, a recent study reveals that the superficial differences hide some profound similarities: human limbs and squid develop under the same genes. The new study, published in eLife magazine on Tuesday, confirms the theory that many animal attachments, from insect wings to fish fins, have a long history of development.

Cuttlefish, cuttlefish and squid are all cephalopods, a group that exists over 400 million years ago by an ancestor of mollusks. Later, cephalopods developed appendages in two forms.

An octopus has eight processes, each of which has a series of suction cups that run its length. But these are not tentacles – strictly speaking, they are arms. A tentacle has suction cups only at its pad-shaped end. Squid and octopus have arms, but also tentacles.

Tentacles and cephalopods lack bones; instead, they are made up of a complex carpet of tortuous muscle fibers. An octopus shoots a tentacle at its prey by contracting fibers along the entire length of the tentacle. If an octopus contracts only with a few fibers, it can push its arms into a tiny recess or unscrew the lid of a glass.

Martin Cohn, evolutionary biologist at the University of Florida and co-author of the new study, has long wondered how the cephalopod limbs developed because their mollusc ancestors had none. A few years ago, he addressed this question by watching squid develop from eggs.

This is no easy task as female squid lay eggs in a tough capsule. Oscar Tarazona, a doctoral student in collaboration with Dr. med. Cohn found out how to lure individual eggs out of the capsule without breaking them.

He carefully placed them in a nutrient-laden petri dish, and the scientists watched as the embryos took shape and sprouted limbs. By adding colored proteins, the researchers discovered when certain genes became active in certain parts of the cephalopod embryo.

Dr. Cohn and his colleagues found that in every limb a number of genes become active at the beginning of development. Some genes are active in the cells near the squid's body, but less at the top. Some are active on one side of one link, but others are not.

These genes seemed to organize the developing limb and communicate the location to each cell. This information could cause the cells to develop into the right tissues for their extremities.

To test this hypothesis, the researchers performed a series of experiments.

Normally, the tentacles breed only on one side of their ball suckers. The scientists treated the other side with a chemical that interfered with one of the genes. Like Dr. Cohn had predicted, the cuttlefish would then grow on the wrong side.

"Cells must interpret where they are," he said. "These signals say cells:" You are nearing the end of this appendix, you are furthest from the edge, you are sitting in the middle. Vertebrates also produce signals in developing limbs that tell the cells where they are, and these signals can mark one arm or leg in three dimensions – notably, these are the same genes found in squids. [19659006Inthe1990sresearchersfoundthatfliesusethesegenestobuildtheirlimbsandinoneinfluentialarticleNeilShubinoftheUniversityofChicagoSeanCarrolloftheUniversityofWisconsin-MadisonandCliffTabinofHarvardUniversityspeculatedthatfliesandVertebrates-andotheranimalswithappendages- this network of genes from a inherited common ancestor.

The challenge of finding genes in embryos slowed down the exploration of this provocative idea.Now, more than twenty years later, Dr. Ing. Cohn and his colleagues found that this genetic network is active in animals that are far from We belt or are insects.

"The limbs of flies, cephalopods, and humans have emerged independently over the last 500 million years, not just by using the same genes, but by using them in a similar way to promote the growth of the body," said Dr. Shubin, who was not involved in the new study.

Flies and humans had limbs. Perhaps the animal used these genes to map the coordinates in other three-dimensional body parts, even one that is completely in the body.

In later generations profound differences developed in the lineages of the animals. When it comes to limbs, flies and other insects are just as different from cephalopods as we are. They have hard exoskeletons with muscles that pull on them from the inside.

But each time a new type of limb developed, animals did not seem to need a new method of telling the cells where they were. Evolution used the same genetic program again and again.

"We are looking at something old," said Dr. Cohn.

Neowise comet and rare astronomical phenomena in a remarkable picture