Cyclone Nisarga: Coronavirus patients were evacuated before the storm in Mumbai 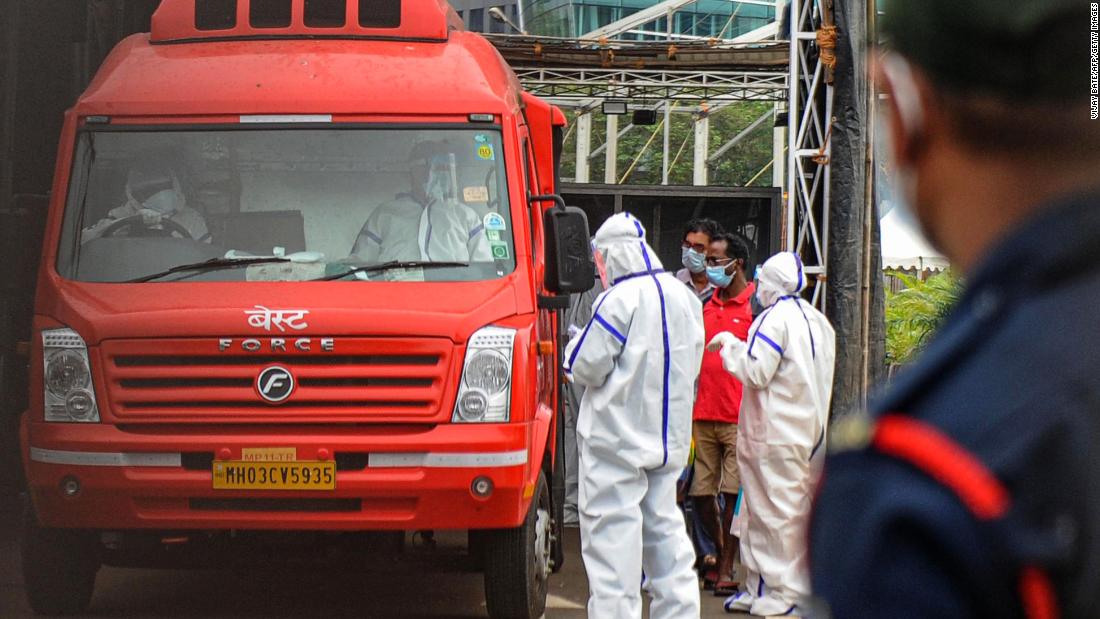 The cyclone that formed in the Arabian Sea on Tuesday morning hit the city of Alibag south of Mumbai.

Hurricanes in this part of the country are relatively rare – Mumbai, India’s financial center and home to 18 million people, was last hit by a severe storm in 1948.
Cyclone Nisarga arrived on Wednesday when Maharashtra struggled with India’s worst outbreak of the corona virus. Hospitals have trouble treating an influx of patients because the confirmed number of cases in this state exceeds 72,300 and there are more than 2,400 deaths.

Before landing, the cyclone strengthened to just below a Category 1

Atlantic hurricane or a severe cyclone storm in the Western Pacific.

Storm surges of about one to two meters (3.3 to 6.6 feet) are likely to flood low-lying areas in the Mumbai, Thane, and Raigad districts, the IMD said.

While Maharashtra is fighting to contain the virus, around 1,000 patients suspected of having Covid-19 were evacuated from a field hospital on Tuesday and taken to other facilities.

The Maharashtra government has established several “jumbo facilities” to serve as isolation centers for suspected coronavirus cases. “The scales can easily withstand the rain, but it is the wind speed that I am concerned about and I do not want to endanger anyone,” said State Minister Uddhav Thackeray in a speech on Tuesday.

The field hospital in the Bandra Kurla complex in Mumbai has room for over 1,000 patients, all of whom will be transferred to other hospitals, he added.

Before landing, the Indian National Disaster Response Force (NDRF) deployed 20 teams in Maharashtra, 16 teams in Gujarat and two teams in other nearby areas.

According to a statement by the Indian Interior Ministry, thousands of people who live in weak or makeshift houses along the low-lying coast have been evacuated.

The IMD expects significant damage to thatched houses and cottages as well as to power and communication lines.

According to the Brihanmumbai Municipal Corporation (BMC) in Mumbai, 35 schools are used as temporary emergency shelters for citizens.

“We took stock of the situation after the cyclone conditions in parts of the west coast of India. We prayed for the good of all. I urge people to take all possible precautions and safety measures,” Modi said in a tweet Tuesday.

The tropical cyclone Nisarga comes two weeks after the powerful cyclone Amphan struck the east coast of India, killing at least 90 people in India and neighboring Bangladesh, leaving millions without electricity and causing more than $ 13.2 billion in damage.

Brandon Miller of CNN contributed to the reporting.