Breaking News
Home / CzechRepublic / Horror in the Bohemian Paradise: Vandal stretched the magnificent Prachov rocks! He destroyed them for hundreds of years!

Horror in the Bohemian Paradise: Vandal stretched the magnificent Prachov rocks! He destroyed them for hundreds of years!

Pictures are in poorly accessible place The Prachovské Rock Nature Reserve in Babinec. And there are not only two, there are three other smaller inscriptions on the rocks

A Volunteer Guardian of Nature by Milos Zeman has been warned by a climber "In fifteen years of active activity, I do not believe that there is such a thing Here rocks are being created for millions of years, now someone is hurting them – color distorted mosses and surface textures.It's a big hit on sandstone. " he said idnes.cz

The case is being investigated by the police and the search for the vandal. If he falls to him, he is threatened with up to three years in prison. It does not matter if the atomizer damages the house, the car or the stone. "We initiated a criminal case for insulting a strange matter, we are at the beginning of the investigation" Aleš Brendl

Experts: That can take hundreds of years!

The sprays will last for hundreds of years on the sandstone cliff. The experts will now check if they can be removed. "Pigment often penetrates deeper into the sandstone, and mechanical milling of the affected rocks is not recommended, on the contrary, mosses help in some cases." Petr Jenč from the Museum of Natural History and the gallery in Česká Lípa 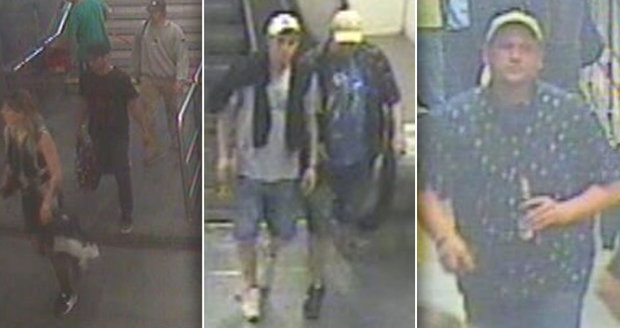 They come from the sea

The rock labyrinth of sandstone towers and piers was created by the erosion of sandstone that formed at the bottom of the prehistoric sea. When it returned, weather conditions, water and earthquakes began to appear on the fragile stone. Nature has conjured up a jumble of decorative creatures that have taken people back in time. They were looking for shelter and breathtaking views. For example, he was famous for the movie How to Get Dad in the Bailiffs or Ivan Mladek's Song. To date, we can also observe a number of rare animals such as bats or large birds.

Help him to catch! Do you know who did that? Call the Police

Sugar beets do not give in, farmers finish it. Sugar expects big price increase!

CHMI aggravates warning! Frost and fog are also at risk in other places