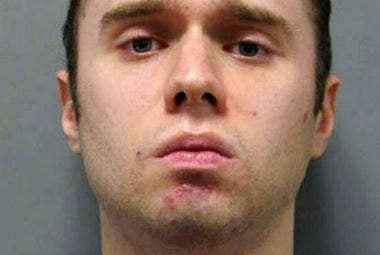 An eccentric computer hacker was sentenced to nine years in prison on Monday for killing a man who helped him dig tunnels for a nuclear bunker under a Maryland home.

Daniel Beckwitt, 28, appeared tears in his eyes as he apologized to the parents of 21-year-old Askia Khafra, reportedly charred beyond recognition by the September 2017 fire that erupted over the tunnels. they dug in a suburb of Washington, DC.

FILE: Daniel Beckwitt was sentenced Monday, June 17, 2019, to nine years in prison for his conviction for the fiery death of a man who helped him secretly tunnel for a nuclear bunker under a Maryland home.
(Montgomery County Police Department via AP)

"If I could do anything to bring Askia back – anything – I'd take that chance," Beckwitt said. "I certainly had no intention of this happening."

Beckwitt faced a maximum of 30 years in prison when the Judge of the Montgomery District Court, Margaret Schweitzer, sentenced him. Overall, Beckwitt was sentenced to 21 years, but the judge suspended the sentence to nine years.

"Askias death has broken me," said Claudia Khafra, Askia Khafra's mother. "I am constantly plagued by feelings of emptiness."

FILE: Dia Khafra, the father of Askia Khafra, holds a photograph of his son at his home in Silver Springs, Md.
(AP)

During the trial, the Montgomery County Procuratorate, Marybeth Ayres, accused Beckwitt of recklessly endangering Khafra's life. The prosecutor accused Beckwitt of ignoring the signs of danger and sacrificing security for secrecy as they built a network of tunnels under a Bethesda house.

Defender Robert Bonsib had told the jury that the fire was an accident, not a crime. He described his client as an idiosyncratic, but "incredibly brilliant" man who never wished to do harm to an experienced computer hacker who was paranoid fixated on a possible nuclear attack by North Korea.

Khafra's parents filed an illegal death complaint against Beckwitt on the anniversary of the fire on September 10, 2017.