Deep contradictions remain at the core of the Israeli-Palestinian conflict: parallels: NPR 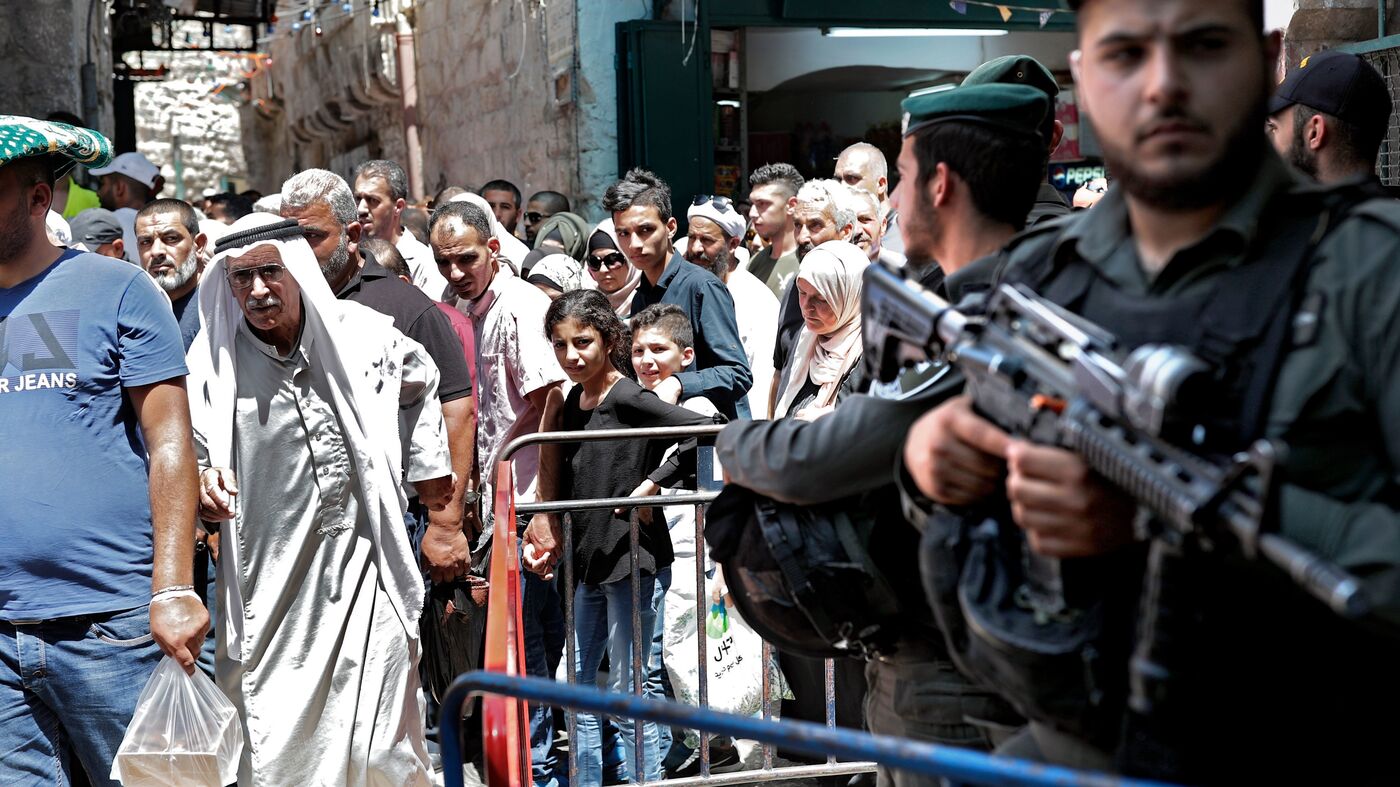 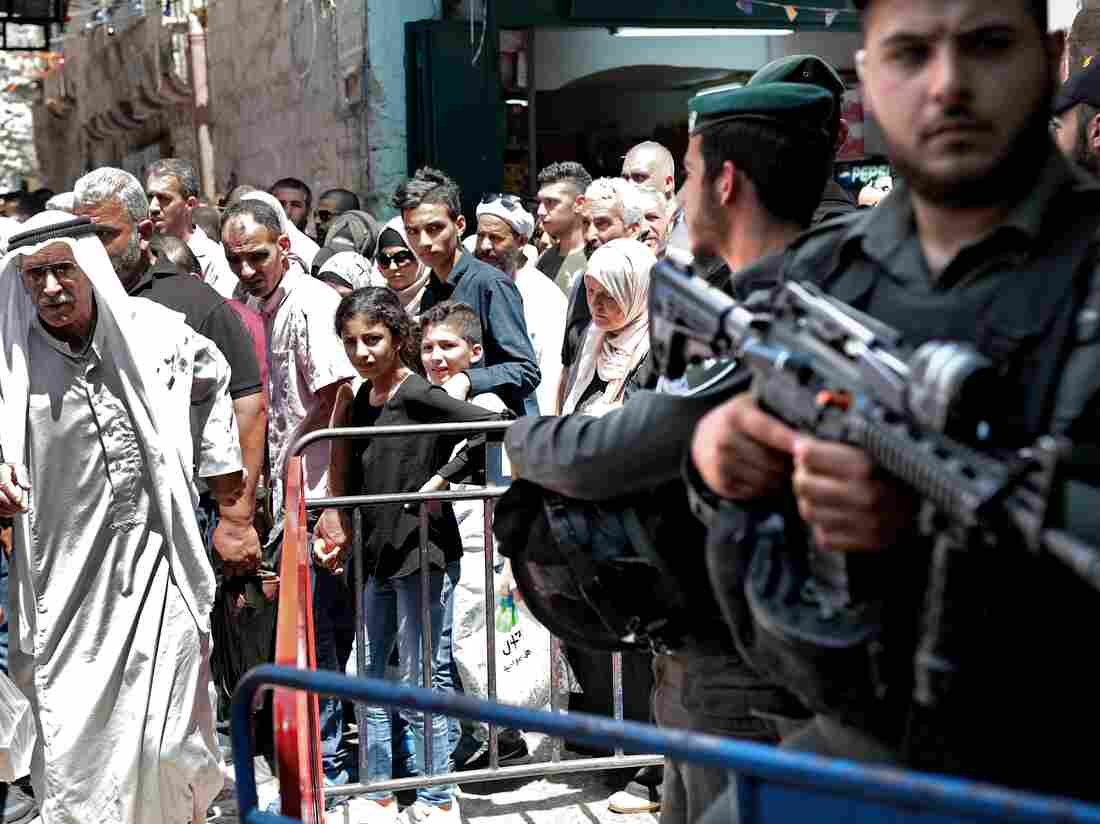 The Israeli police stand guard in the main street of the Muslim Quarter in the Old City of Jerusalem after Palestinian believers took part in the first Friday prayer of the holy month of Ramadan on Friday in the Al Aqsa Mosque.

The Israeli police stand guard in the main street of the Muslim Quarter in the Old City of Jerusalem after Palestinian believers took part in the first Friday prayer of the holy month of Ramadan on Friday in the Al Aqsa Mosque.

The contradictions of the Israeli-Palestinian conflict are always visible, but rarely as dramatic as this week, when the United States opened its embassy in Jerusalem and the militant group Hamas and others simultaneously planned a protest that ended in death

Hundreds of American and Israeli dignitaries gathered in Jerusalem on Monday for a purpose-built stage in the newly-appointed embassy, ​​while diplomats from most of the world stayed away. In Gaza, thousands of Palestinians have flown – and stormed – the border fences surrounding their small territory – and Israeli troops have opened the fire. Gaza's health authorities said at least 60 Palestinians were killed and more than 1300 had gunshot wounds.

An NPR team visited both Jerusalem and Gaza and came away with six observations. Think of them as six "buts" – where a statement is true, but also a contrasting statement.

The United States says that Jerusalem is still able to negotiate – but not Israel.

With the removal of its embassy, ​​the United States supported Israel's claim to Jerusalem. The city has been divided since the founding of Israel in 1948. Israel has controlled it since a 1967 war, but its final status is to be resolved through negotiations. According to the Palestinians, the US wants part of the city – or whatever you ask – its own capital.

While US officials say the borders still need to be determined, Israel says otherwise. At the opening of the embassy, ​​Prime Minister Benjamin Netanyahu reiterated his government's view that Jerusalem is "the eternal, undivided capital of Israel."

Jerusalem is controversial between Muslims and Jews – but do not forget this other religion.

For American evangelical Christians, who form a large part of President Trump's political base, Jerusalem is more than just a distant foreign policy issue. They support Israel's right wing, which turns against a Palestinian state. At the opening of the United States Embassy, ​​an ultra-Orthodox rabbi and two American evangelical pastors, Robert Jeffress and John Hagee, were present on stage. (There was no Muslim cleric). Although many Palestinians are Christians, they were absent from the event.

"American Christians are perhaps even more agitated than Jews," wrote Emma Green, commenting on the opening of the Atlantic. Some believe that the return of the Jews to Israel accelerates the end of days; others simply feel connected to the city, which says that Jesus Christ was crucified and buried.

Israelis want peace – but many do not believe in a peace agreement.

Israel's political discourse was drifting away from the idea of ​​a "land for peace" – that Israelis should divide territory for a Palestinian state that would then live in harmony with Israel.

Some Israelis are against a Palestinian state for reasons of national security – due to earlier Palestinian attacks and the example of Gaza after Israel's withdrawal – or religious reasons because they regard the West Bank as part of the ancient homeland of the Jewish people. Benjamin Netanyahu theoretically supported a two-state solution in theory, but in practice he expresses too many reservations and points to a "state downsizing".

His view is similar to that of US Ambassador David Friedman, who was appointed by President Trump. "A two-state solution would be a wonderful thing," Friedman told NPR, but only if it "does not threaten Israel and other nations." Friedman raised doubts about this possibility given the power of Hamas.

Hamas has proposed a ceasefire – but still rejects a Jewish state.

Gaza is ruled by Hamas eliminating Israel in favor of a Palestinian state. The United States refers to Hamas as a terrorist organization, but in 2006 it won elections in the Palestinian territories and in 2007 took over the armed forces of the Palestinian Authority in Gaza.

A Hamas official, Ismail Radwan, suggested to the NPR that Hamas has moderated its objectives and adopted a Palestinian state on land that Israel occupied in 1967. This suggests that Hamas is resisting the existence of Israel – a two-state solution favored by Fatah, the other main Palestinian faction and the mainstream faction.

But when questioned, Radwan admitted that Hamas had not changed its basic position. "Hamas does not recognize Zionist unity," he said, "because it's a cast."

Reports from numerous reporters point to The vast majority of Palestinian demonstrators approaching a border fence near Gaza wore no weapons. Israel claims that Hamas fighters carried out armed attacks on two protest sites on Monday, but did not report on 11 other places of protest where people tried to break the fence.

Israel's army said at least 14 of those killed on Monday were armed by Israeli troops with rifles attempting to attack troops – although this represents only a fraction of the number of Palestinians killed that day. A Hamas official said in a television interview that 50 of those killed were members of Hamas, but that does not mean they were armed.

Despite the exact tactics Hamas used on Monday, it still has a militant wing with bases in Gaza, and its leaders still claim that armed resistance is legitimate.

Israelis have a strong national identity – but it is not the only one in the country that controls Israel.

In 1948, Israel became a refuge for a people who were banished and oppressed for nearly 2,000 years. His army defeated the armies of his larger neighbors. His agents were persecuting Nazis who had participated in the Holocaust. To this day, Israel preserves the loudest and most open public life of a country in its region.

But the Palestinians offer a similar narrative – one of the dispersion of a homeland and the yearning for return. The possession of a historical homeland of one people led to the expropriation of another people. And when one nation – Israel – was born, another national movement fought to be born.

The two incompatible narratives make it so difficult to imagine an end to generations of conflict.