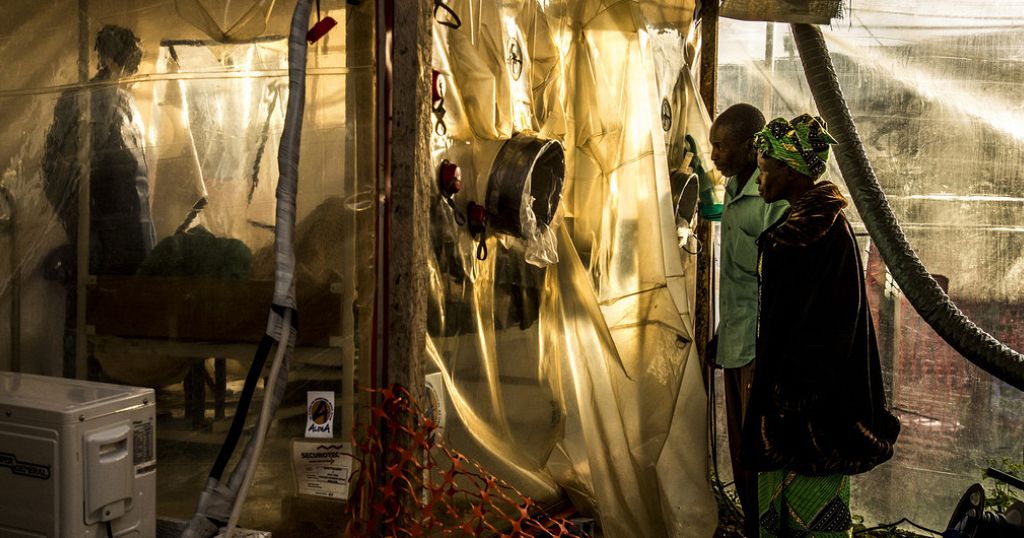 Amid an increase in new cases, the epidemic has claimed more than 1,200 deaths and threatens to spread to other provinces in the east as well as neighboring countries. One third of the infected were children. a higher proportion than previous outbreaks.

"The Ebola response works in an operating environment of unprecedented complexity for a public health emergency – insecurity and political protests have led to regular disruptions in our efforts to combat the disease," said EERC David Gressly, also as Deputy Chief United Nations Stabilization Mission for the Democratic Republic of the Congo (MONUSCO).

Although the United Nations and non-governmental organizations (NGOs) have supported the efforts of the government and the Congolese to contain the virus in parts of Ituri and North Kivu provinces, persistent insecurity and mistrust of the population continue to hamper access. This prevents the World Health Organization (WHO) and the Ministry of Health from detecting, treating and vaccinating sick people, which ultimately leads to more intense Ebola transmission.

The increasingly complex environment has prompted the United Nations, in cooperation with the government and other states, to increase its political commitment and operational support in order to negotiate better access to communities. Strengthening support for humanitarian coordination; Strengthening preparedness and preparedness for the Goma region and neighboring countries.

For its part, WHO adapts public health strategies to identify and treat people as quickly as possible. Extension of the vaccine to more people; and increased efforts to curb transfers of healthcare facilities.

Core of the matter

Recalling that "an enhanced United Nations response is needed to overcome these operational constraints," Gressly emphasized that "this is the shift of senior management and operational decision-making into the epicenter of "includes epidemic in Butembo", where Secretary-General António Guterres has set up a reinforced coordination and support mechanism.

In addition, financial planning and reporting will be stepped up to ensure the sustainable and predictable funding needed for a strategic Ebola response plan.

"This system-wide and international support is exactly what WHO has called for," said Ibrahima Socé Fall, Deputy Director-General of the United Nations Emergency Health Service. He acknowledged that the response to the outbreak must be "owned by the local population" and was pleased that the new approach reflected what was required: "Better safety for patients and health workers, better access to immunization and immunization human face to answer "

Dr Fall has been in Butembo since March and works with WHO's Ebola Incident Manager, Dr. Michel Yao, in the capital Kinshasa, WHO has commissioned Dr. Peter Graaff to: WHO will continue to coordinate public health interventions undertaken by other UN partners.

As EERC, Mr Gressly will work closely with WHO as this will continue to be the government's response underpinning all health operations and technical support activities.