Breaking News
Home / US / Democrats do not necessarily want violence, but there are "crazy, unstable people out there"

Democrats do not necessarily want violence, but there are "crazy, unstable people out there" 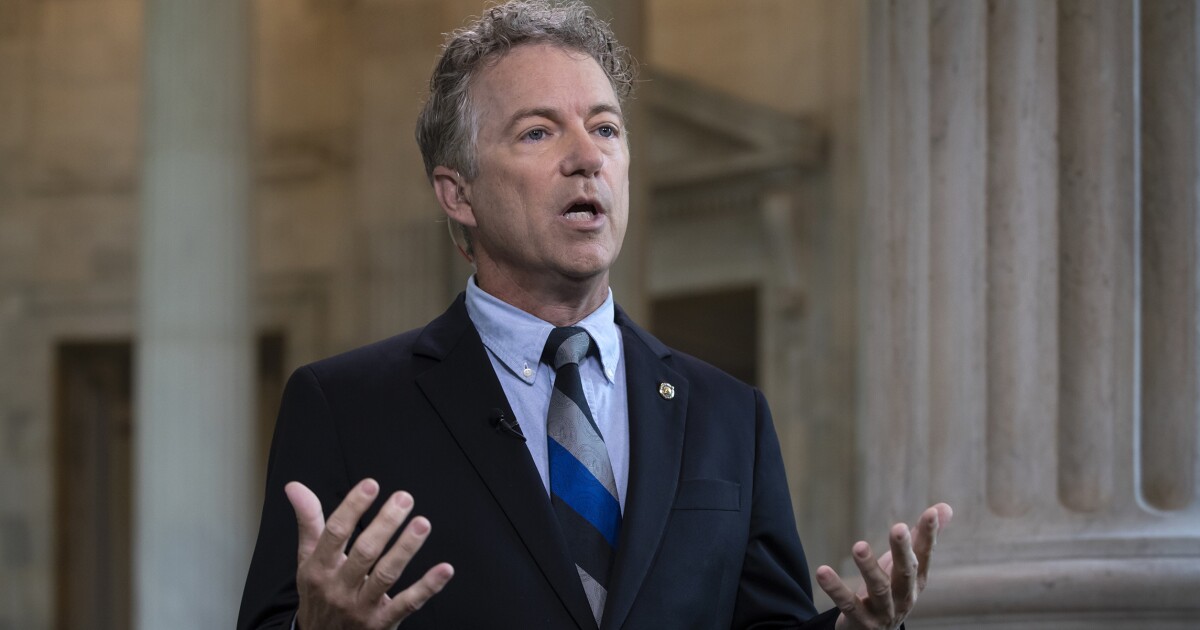 S de. Rand Paul, R-Ky., Demanded the Democrats on Wednesday to be aware of what they say in the election campaign, given the danger that some people might literally take their political rhetoric.

Paul was asked to comment on growing concerns that politeness disappeared after former Attorney-General Eric Holder told attendees at a Georgia event that they "kicked" Republicans when they perished. The management was greeted with a mixture of laughter and applause. Holder explained that he meant the term metaphorically.

"I think it's the same thing, as you know, when Cory Booker says, 'Get up," Paul said in an interview with Fox News on Wednesday, referring to his Democratic New Jersey counterpart, Senator Cory Booker. "I do not think one of them wants to provoke violence in the truest sense of the word, but they have to realize that when they tell people to get up, there are some crazy, unstable people out there."

Paul recalled how in 201

7 an armed man targeted the GOP Congress baseball team as they trained.

"When they finally could kill him, in his pocket was a list of five or six conservative Republicans he wanted to get there to kill," Paul said. "Instead of saying that they should stand up, we should say that we have a constructive dialogue, let's powerfully portray our position in a verbal way in an intellectual way."

Paul's wife Kelley described in an open letter last week how she now slept with a loaded gun by her bed after she and the Senator's family had been threatened. In particular, she highlighted Booker for soliciting activists in July to "demonstrate against the congressmen at the 2018 Congressional Conference on Ending Homelessness and Capitol Hill Day."

Jeff Giertz, Communications Director of Booker, said after the letter was published that his boss did not agree with the violence and condemned those who did not "treat each other respectfully."