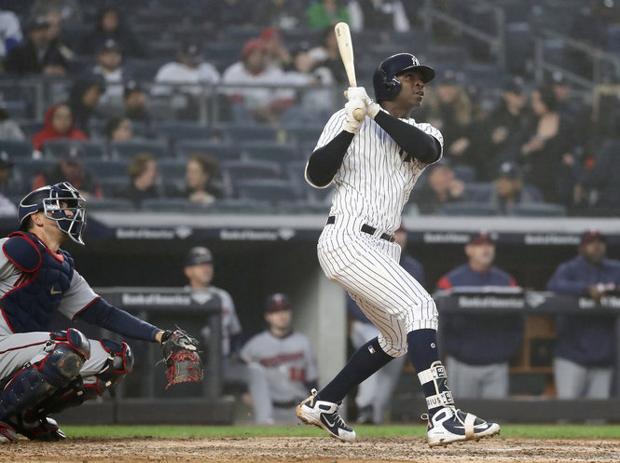 The 2018 season is developing into something very special.

With so many super teams, many fans went into the season with a sense of inevitability to the post-season image. But as the results of the preseason change our perspectives on a daily basis, this thinking may have been flawed.

Widely open races? New MVP candidates? A possible big blockbuster this summer? There are now questions that can give us something new after the action throughout the week.

Gregorius is Cashman's best trade ever

Brian Cashman got Didi Gregorius for Shane Greene. Think about it for a minute. One of the sport's best offensive players (1,245 OPS coming into play on Friday) in a premium position for a dispensable relief arm. Cashman's career is likely to end with a plaque in Cooperstown. The trade with Gregorius as a substitute for Derek Jeter is mentioned as one of the many reasons for this.

The NL East is suddenly interesting

With about a month of action in the books, NL East is not quite what many expected. Instead of the Nationals running away and hiding, a four-man race broke out between the Mets, Phillies, Braves and Nationals. While Washington is still the favorite, we are talking about one of only two divisions in baseball (the NL Central represents the other) with four teams coming into positive run differences on April 27th.

Do not be surprised if Hoskins & # 39; Name is on each NL MVP ballot at the end of the season.

Madison Bumgarner is trading this summer?