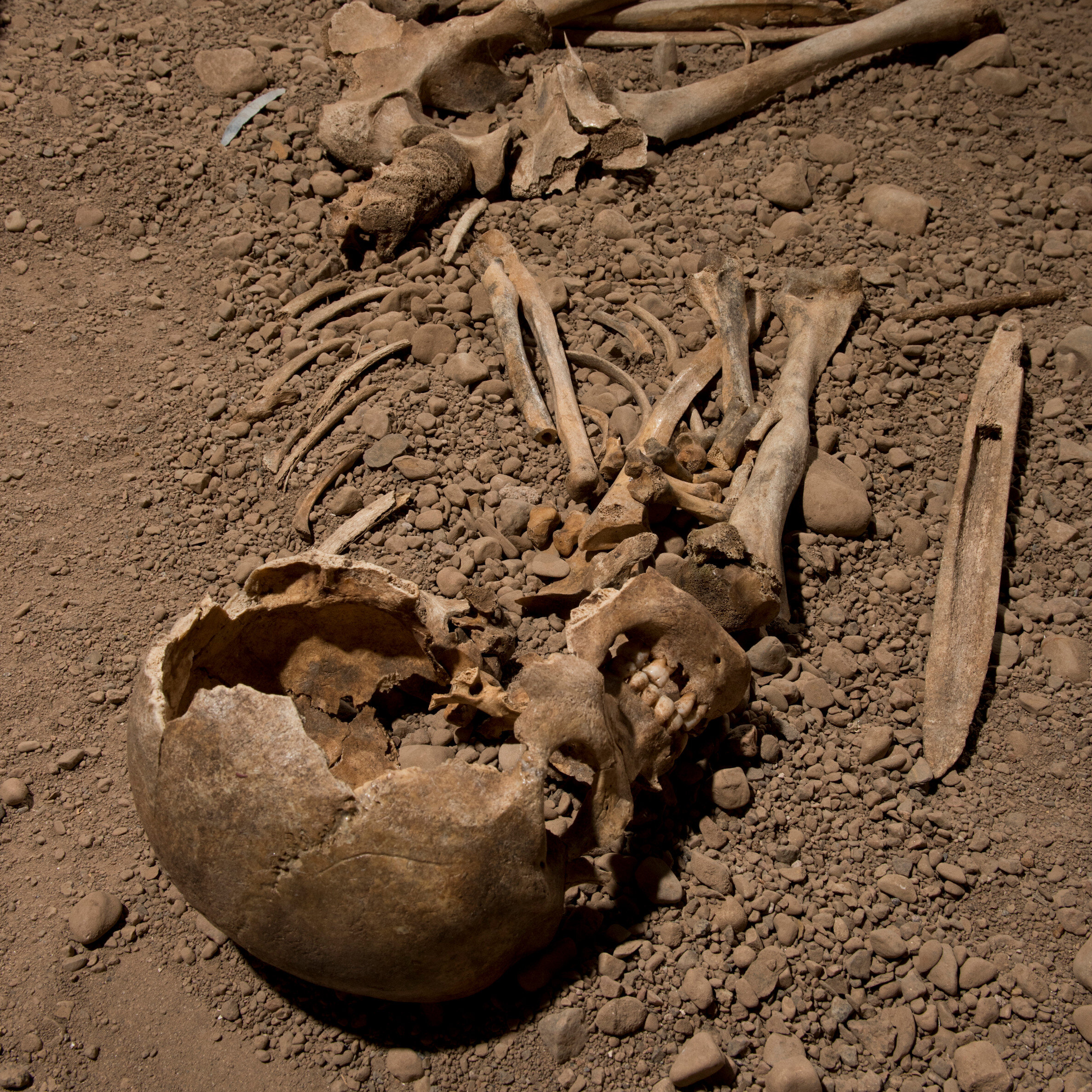 In an interdisciplinary study published in Proceedings of the Royal Society B an international research team has combined archaeological, genetic and stable isotope data to understand the demographic processes associated with the legendary Battle Ax Culture and its introduction are connected in Scandinavia.

953, when building a roundabout in Linköping, an important tomb of the ax culture was found. 4,500 years ago, a man and a woman were buried together with a child, a dog and a variety of burial objects, including one of the battle axes of the same name. "Today we call this place & # 39; Bergsgraven & # 39 ;, I've been looking forward to this special burial for a long time, and the collaboration of archaeologists with geneticists enables us to learn more about these people as individuals and about the ancestry of their ancestors." says archaeogeneticist Helena Malmström from Uppsala University, lead author of the study.

The Scandinavian battle ax culture emerges in archaeological records some 5,000 years ago and is archaeologically similar to the continental European Corded Ware Culture. "The appearance and development of the cultural complex has long been controversial, in particular, whether it was a regional phenomenon or was it linked to migration processes of human groups and, if the latter, from where," says osteo-archaeologist Jan Storå of the university Stockholm, one of the leading authors of the study.

By sequencing the genomes of prehistoric individuals from present-day Sweden, Estonia and Poland, the research team has demonstrated that Scandinavian battle ax culture and continental corded-commodity culture have a common meaning common genetic origin that did not exist in Scandinavia 5,000 years ago was still present in Central Europe. "This suggests that the introduction of this new cultural manifestation has been linked to human movements, and these groups have a history that we can ultimately trace back to the Pontic steppe north of the Black Sea," says the population geneticist Torsten Günther of the University Uppsala, co-author of the study.

In previous studies, the research team was able to demonstrate that other cultural changes during the Stone Age, such as the introduction of agricultural practices, were also associated with human movements. Torsten Günther: "Again, archaeogenomic analyzes show new and surprising results on demographic processes in the Stone Age." Jan Storå adds, "Human prehistoric movements have played an important role in spreading innovation, but there is also some integration and reconnection of earlier elements, for example, we find that humans are the genetic signal of Battle Ax locations megalithic tombs were reused for their burials. "

Comparisons between these individuals and other prehistoric Scandinavians provided further valuable insights. Mattias Jakobsson, a population geneticist at Uppsala University and one of the leading authors of the study, notes: "It is also interesting to note that the shepherds of battle ax culture differed from other contemporary farmers and hunter-gatherer groups in Scandinavia – at least three genetically and culturally diverse For centuries, groups lived side by side and did not mingle much. "

There is evidence that there is little genetic admixture between the incoming shepherds and other peasant cultures. The research team was unable to determine if this occurred before or after their arrival in Scandinavia. "This remains an open question and leaves room for future studies, as more data from additional people and other geographic regions should provide a more detailed solution," concludes Helena Malmström.

Megalithic tombs were family tombs in the European Stone Age

Further information:
Helena Malmström et al. The Genomic Descent of the Scandinavian Battle Ax Culture and its Relationship to the Broader Horizon of the Corded Ware, Proceedings of the Royal Society B: Biological Sciences (2019). DOI: 10.1098 / rspb.2019.1528
Provided by
Uppsala University