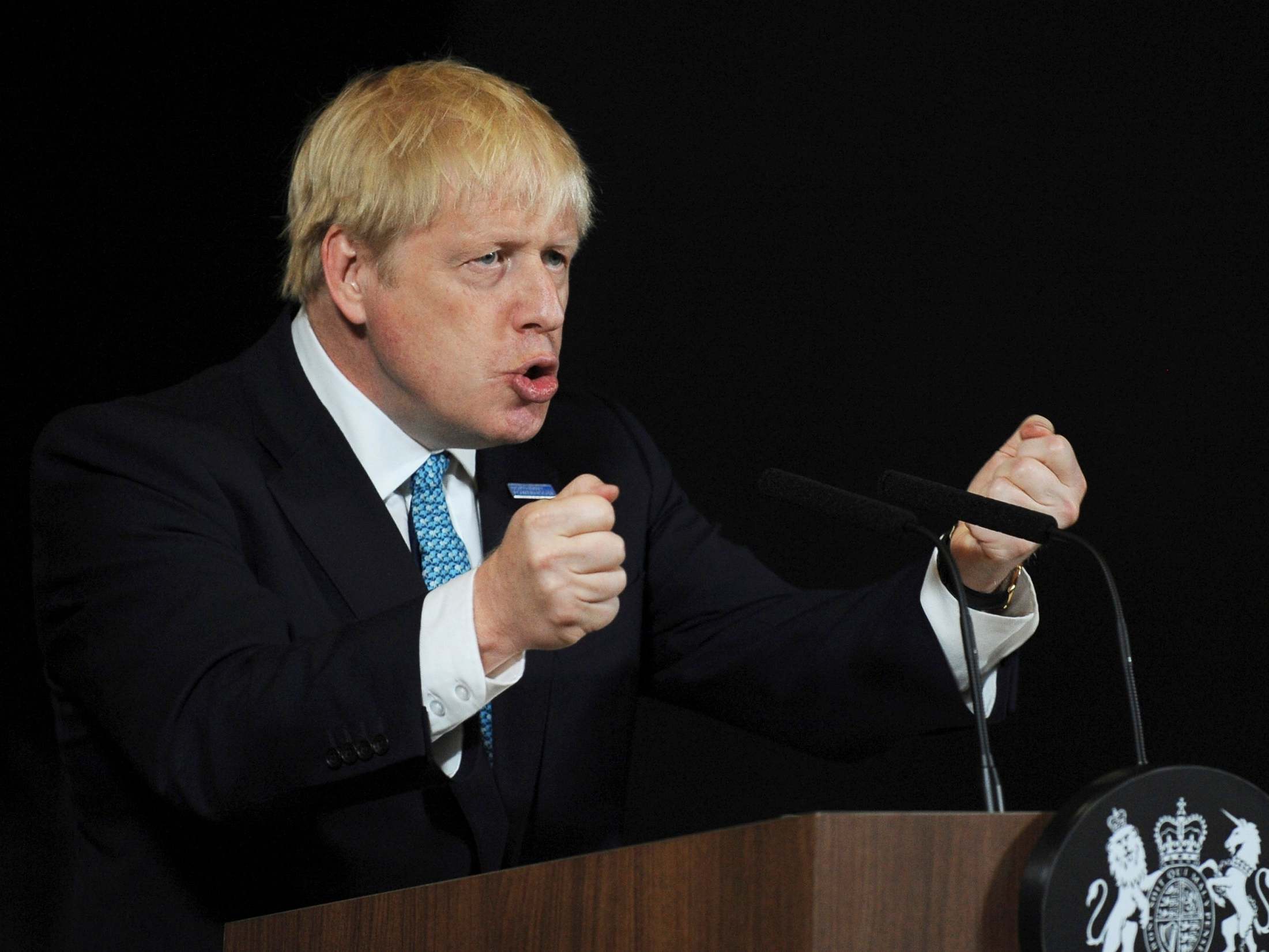 Paradoxically, is it more likely that Sir John Major will make a Brexit without agreement, even though he has decided to add weight to the judicial review of Parliament's suspension conducted by Gina Miller?

Boris Johnson says so with certainty, and his argument has a certain superficial appeal. To avoid a war, you must prepare for war. The old adage is: si vis pacem, para bellum to add an appropriate Johnson touch. To avoid a no-deal Brexit, you must prepare for a no-deal Brexit. Hence the high profile and increasingly energetic preparation of the Prime Minister for Brexit without agreement, the ruthless dismissal of Parliament, the conspicuous expenses ̵

1; waste – of billions for ferries and the storage of medicines and the general feeling that a nation no longer has a stock A bunker of crazy people on Downing Street, ready to take Britain out of the EU on October 31 – do or die.

If it's true, as Mr. Johnson repeated in his recent interview with Sky News, this is the best way to avoid this. A no-deal Brexit should prepare for a no-deal Brexit, then he is really the friend and ally of those who want a deal. Surrounding oneself with true believers like Dominic Cummings, Dominic Raab and Jacob Rees-Mogg is only intended to broaden the sense of theater. The more the EU believes that Brexit without a deal is a realistic possibility, the more it becomes anxious – and the sooner it is ready to make that crucial concession to the Irish setback. Sooner or later, the block will give way. But if MEPs decide not to reach an agreement, then the negotiating strategy is in ruins, and exactly where Theresa May left them, in a broken reed. Therefore, the nation must join behind the possibility of disagreement and behind Johnson, otherwise they "work together" with the EU.

All right, except, of course, that none of this constitutes a legal justification for the repeal of the Constitution. By acknowledging that it is a negotiating technique to fuel talk about a business, Mr. Johnson prefers to reveal the game. More and more it resembles the Wizard of Oz – all in all.

No deal is a result against which the vast majority of the British people, the Commons and even the Conservative MPs, in theory, even make a move. It's too big a game of chance. Hardly anyone outside of Nigel Farage and his followers and the "Spartan" group of Tory rebels actively seeks a "no deal" or "clean break," Brexit. At best, this may not necessarily be interpreted as the Volkswille expressed in the 2016 vote.

Everyone understands that in Brussels, in Berlin, in Dublin and in Paris. You know that Brexit without an agreement is an empty threat. The bluff does not work if everyone knows it's a bluff, and even if some participants (the two Dominics, for example) have convinced themselves that it's not.

So much for game theory. The nation will soon receive a great deal of legal theory about the limits of the various conventions that govern the British Constitution. As part of the Prime Minister's attempt to expel his trousers from across the European continent, he threatens not only to ban parliament, but also to ignore any laws passed by the Commons, the convening of a general election, or the formation of an alternative government to prevent him from losing his vote of confidence and, on what we know, on behalf of the 52 percent on the barricades, who in the referendum of 2016 voted for an unspecified, unknown form of holiday.

Mr. Johnson is pushing things too far and is breaking the Constitution. For each convention, he chooses the garbage so that the Commons spokesman, the opposition leader, and the courts can also dispose of conventions. To put it more soberly, the Supreme Court can still choose to exercise its role as the final arbitrator for legal and constitutional legitimacy (for there is no other) and to decide whether what is done now goes beyond the British Constitution, unwritten, though it is. It certainly should turn out that the reasons for the transfer were at best partial. As has now become evident, a 35-day break is not required to prepare a new queen's speech, and a new queen's speech was by no means urgently needed.

By contrast, it is obvious that Parliament is standing up to make decisions about the Brexit process – not just to debate or petition – and that it's from an overpowering executive, frankly, its luck tries to be effectively prevented from doing so. The gang on Downing Street may enjoy their reputation as unscrupulous politicians, but that does not mean that they are above the law and beyond the reach of the Constitution simply because it is based on gentlemen's agreements and conventions. Parliament was downsized and humiliated by the process, most obviously by keeping the spokesperson out of the process, a non-human in such a case. The Supreme Court has to place 10 Downing Street back in its box. The agreement was erroneously recommended by our constitution and needs to be changed. Another modest session of the Privy Council in Balmoral and a new order to lift the prorogation can and should be quickly arranged. Then Parliament can speak through legislation and MEPs can do their job.