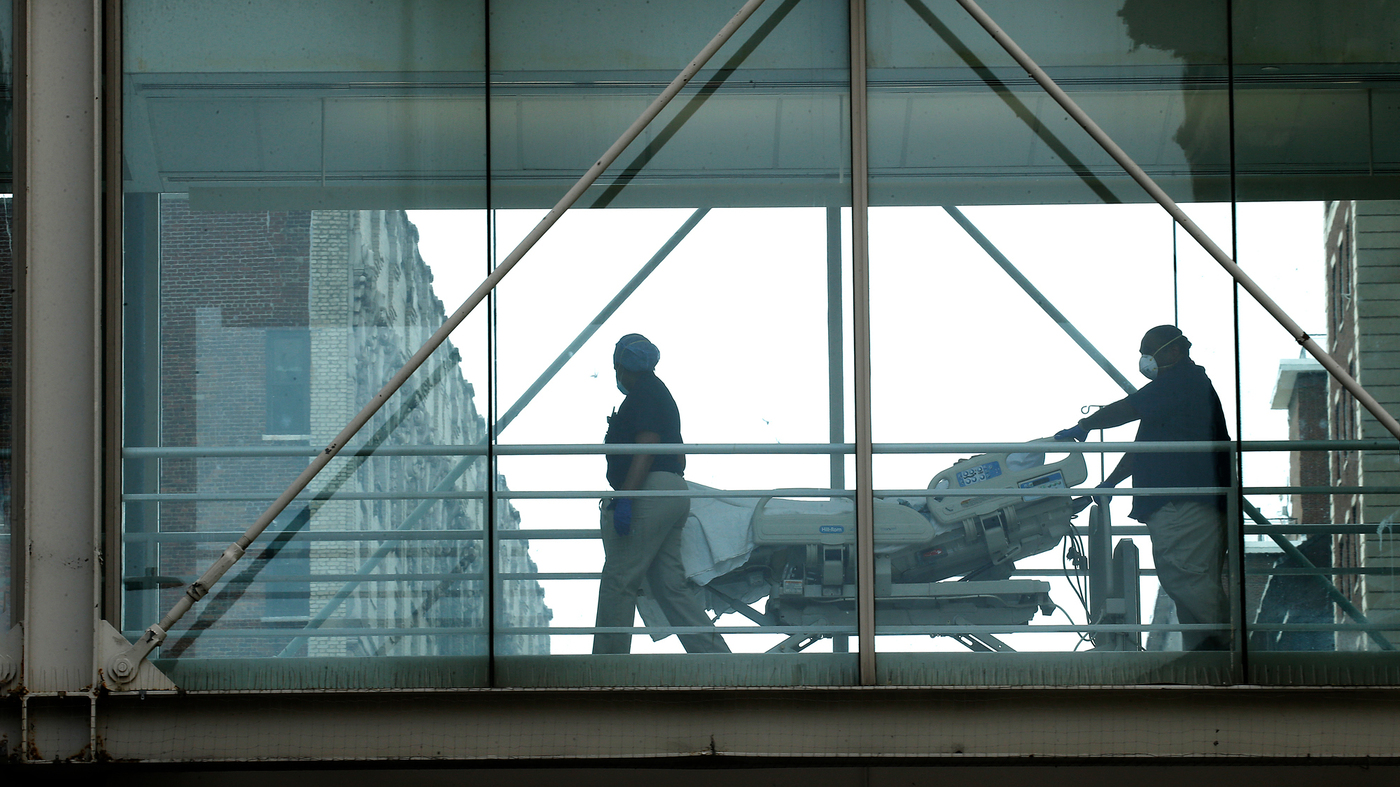 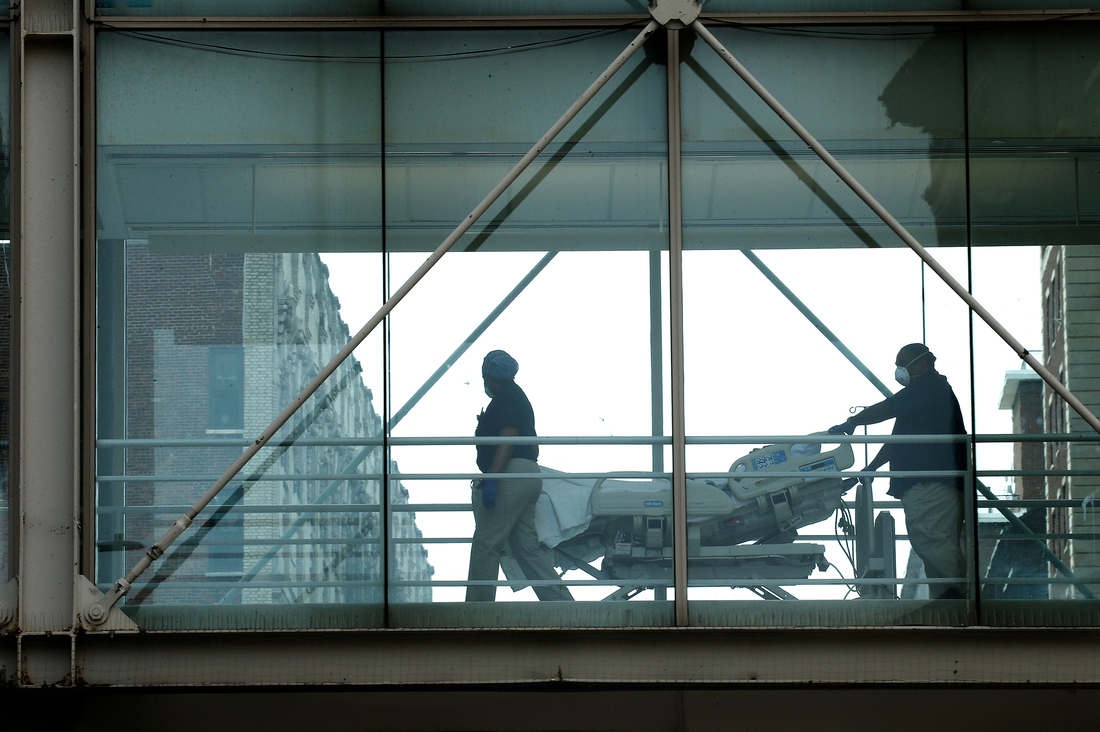 Hospitals could soon be at risk of losing a critical stream of funding – Medicare funding – if they fail to meet new COVID-19 data reporting requirements.

Hospitals could soon be at risk of losing a critical stream of funding – Medicare funding – if they fail to meet new COVID-19 data reporting requirements.

The federal government is preparing to take aggressive action against hospitals for not reporting complete COVID-19 data to a federal data system on a daily basis. This is evident from internal documents received from NPR.

The draft guideline, which is expected to be sent to hospitals this week, also includes new reporting requirements requiring hospitals to provide daily information on influenza cases along with COVID-19. It’s the latest twist in what hospitals describe as a crazy barrage of changing requirements as they address the strain on patient care during a pandemic.

The reporting system caught national attention in July when the Department of Health and Human Services asked hospitals to stop reporting information such as the number of COVID-19 patients and the availability of intensive care beds to the Centers for Disease Control and Prevention Instead, they do it in a new system managed directly by HHS, the CDC’s parent agency. The move raised concerns among politicians and public health professionals about the hiring of CDC, the national health agency, amid a pandemic.

Hospitals have been waiting for the details of how the federal government would enforce the new data reporting process. Last month, the Centers for Medicare and Medicaid Services (also part of HHS) abruptly enacted a rule indicating that failure to do so could result in hospitals losing their federal Medicare funding.

Now the agency appears to be preparing to investigate this threat. According to a draft letter from CMS received from NPR, hospitals are required to report data such as the number of COVID-19 patients and their inventory of the drug remdesivir “for every seven days, including weekends” into the federal data collection system operated by HHS. Failure to do so after multiple warnings “will result in termination of the Medicare provider agreement.”

According to Dave Dillon of the Missouri Hospital Association, the threat of Medicare funding is “the nuclear option” for the federal health department. “If what [CMS is] The proposal should go into effect and if they actually did this type of enforcement it would shut down the health system in the country. “

“The idea of ​​threatening to terminate a hospital from Medicare for not having this data submitted every day just seems disproportionate,” said Erin Fuse Brown, professor of health law at Georgia State University. “Ending hospitals’ Medicare participation is like a death sentence for a hospital financially.”

Enforcing CMS rules is a blunt tool that could satisfy HHS ‘determination to get every single hospital to report. As part of the rationale for switching to the new system, then HHS chief spokesman Michael Caputo complained that the CDC’s voluntary reporting system only provided data from 85% of hospitals. “”[T]The president’s COVID response requires 100 percent reporting, “he wrote in a statement to NPR in mid-July.

If the draft Enforcement Guide went into effect today, around three-quarters of hospitals could be warned. Only 24% of American hospitals met their HHS reporting requirements for the week of September 14th. This comes from an internal CDC presentation made by NPR at a daily pandemic response meeting on Sept. 23. No state was fully compliant.

The change in data reporting in July created a large and costly administrative burden for hospitals with no funds allocated to meet them. The new draft directive would further expand the scope.

The data that hospitals should be providing by July is complicated and time-consuming to collect, says Carrie Kroll of the Texas Hospital Association. “It took several people in different parts of the hospital to do that. We talked about bedside nursing-type statistics for COVID patients versus adults and children. Then you talk about medicines, so that’s going to come from the pharmacy.”

Hospitals were also asked to provide information about care such as: B. How many individual examination gloves you have in the building. According to the internal presentation, there was often a lack of data on the supply of ventilators, gloves and robes, which currently have to be reported three times a week.

The delivery dates are only required once a week for the upcoming update of the reporting guidelines. However, draft documents indicate that the latest guidelines would add several questions about influenza patients, such as: For example, the number of patients admitted to hospital with flu, the number of flu patients in intensive care beds, and the number of patients confirmed to have both flu and COVID -19. According to a draft document, this information may need to be reported daily from the end of October.

Carrie Williams, also a member of the Texas Hospital Association, was surprised that flu questions might be added. “The ever-changing goal posts will be a real challenge for hospitals,” she says. “We want to be compliant, we want to make sure we give the federal government everything it needs for planning and resources. It’s just – one more change is a challenge in the middle of a pandemic.”

Data scientists have raised concerns about the impact of the new reporting requirements and their upcoming enforcement.

“I’m afraid this will make the data less accurate and reliable, and that will only hurt the American public,” says Lee.