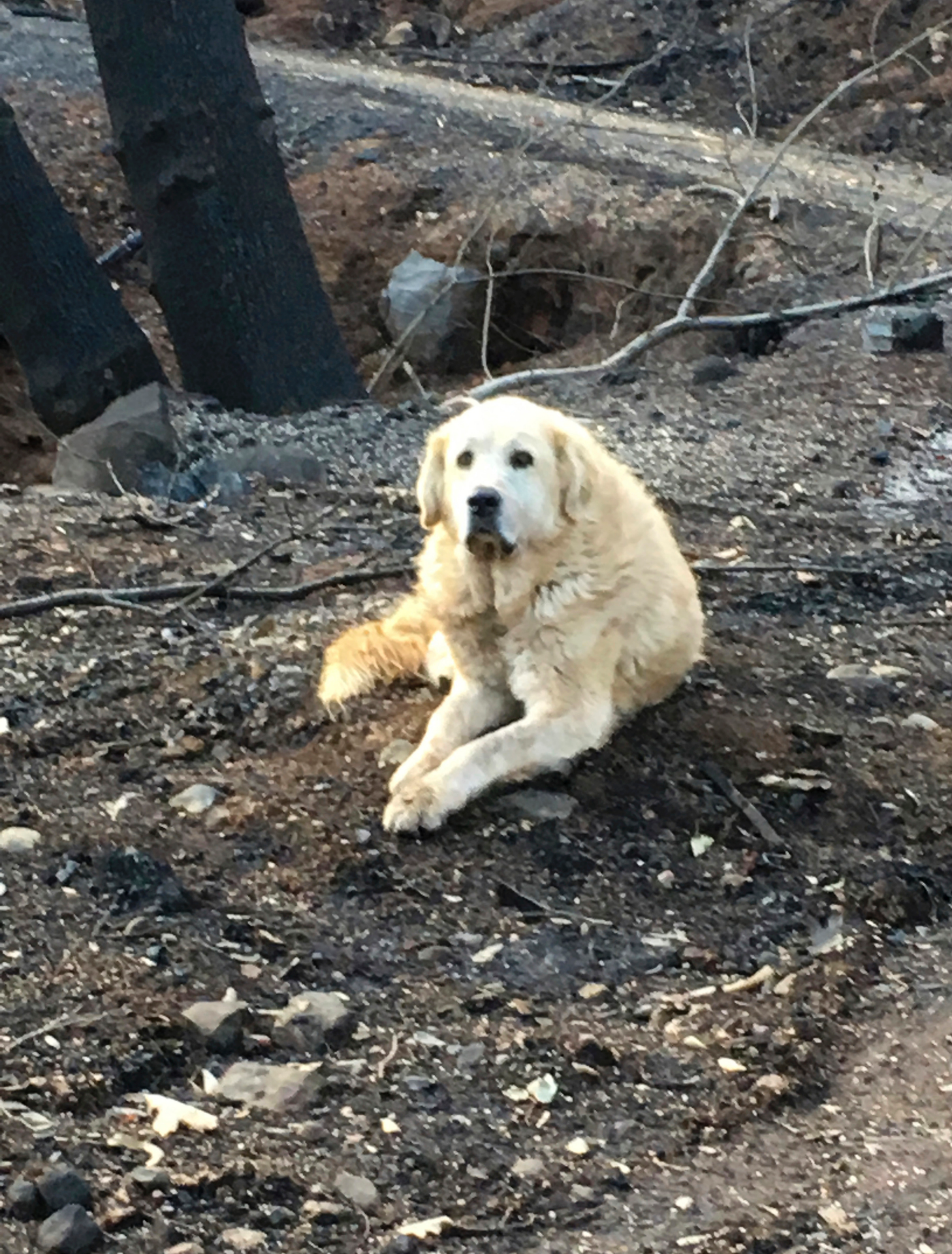 This photo was taken on Friday, December 7, 2018. Shayla Sullivan shows "Madison," the Anatolian Shepherd Dog who apparently burned to his home for almost a month. The owner returned to Paradise, California. Sullivan, an animal rescuer, left food and water to Madison as he waited. (Shayla Sullivan on AP)

SAN FRANCISCO – A dog surviving the catastrophic wildfire in Northern California apparently protected the ruins of his home for almost a month until its owner returned.

Madison waited when Andrea Gaylord was allowed to return to her burnt property in Paradise this week.

Gaylord fled when the fire broke out on November 8 and decimated the city of 27,000. An animal rescuer, responding to Gaylord's request to review Madison, first discovered the male Anatolian Shepherd Mix a few days later.

Shayla Sullivan said the outdoor watchdog was worried and kept his distance. Sullivan regularly left him food and water until Gaylord returned on Wednesday. She also helped find Madison's brother Miguel, another Anatolian Shepherd Dog mix that was taken into the confusing aftermath of the wildfire in a shelter 135 miles away.

"If (the evacuees) can not be there, I am and I will not give up the animal until they can go back in," said Sullivan.

The dogs reassembled on Friday when Gaylord returned with Miguel to the estate and brought Madison his favorite leak: a crate of wafer-thin crackers.

Gaylord told news channel ABC10 she could not ask for a better animal.

"Imagine loyalty to being in the worst of circumstances and waiting here," she said. [19659005] "Your instinctive task is to watch the herds and we are part of them," Gaylord said of her dogs. "It's a reassuring feeling."