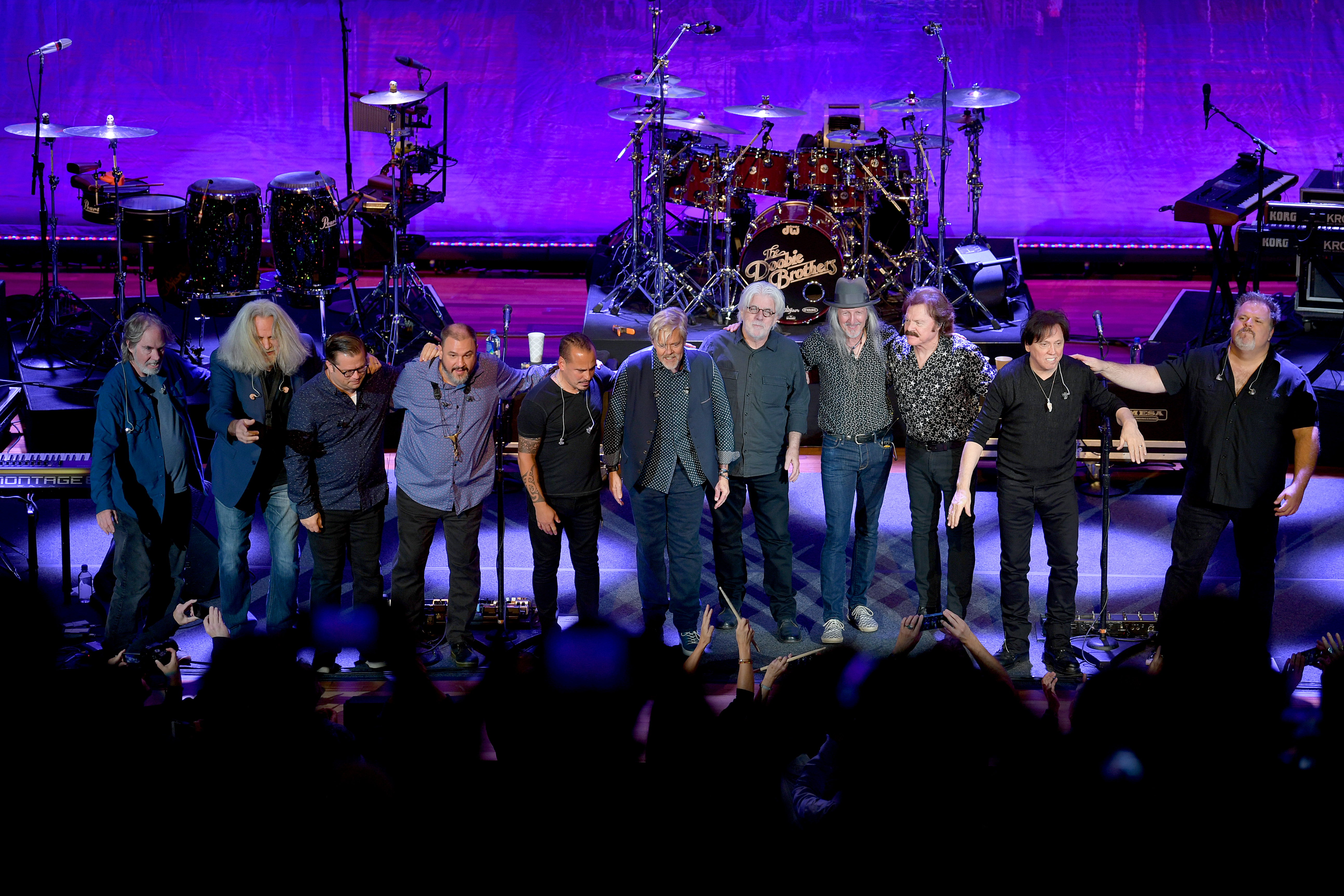 The Doobie Brothers will team up with former frontman Michael McDonald on a North American tour in 2020 to celebrate the band's 50th anniversary.

Singing guitarists Tom Johnston and Patrick Simmons, vocalist-keyboarder McDonald, and multi-instrumentalist John McFee are touring together for the first time in almost 25 years during the trek, which took place on June 9 in West Palm Beach, Florida. starts. and ends October 10 in Houston, Texas.

973 The Captain and I . McDonald came out during the encore for a surprise version of their single, "Takin & # 39; It to the Streets," the title track of their 1976 album, the first with McDonald in the cast.

After a performance of her sing-along jam "Black Water," Simmons tapped McDonald's cameo. "You may remember him, well, he has his own band today," he said. "But maybe you remember him from his band, the Doobie Brothers – Mr. Michael McDonald."

The white-haired McDonald, wearing black pants, a black shirt, and glasses, took his place on the front of a keyboard and started the intro to "Takin & # 39; It to the Streets." The crowd's reaction, a mixture of boomers and nostalgic Gen X, was rapturous and they demanded more as the light came in. The official end of the night is signaled.

Tickets for the 50th Anniversary Tour will be available to the general public via Live Nation at 10:00 am local time on Friday, December 6th.

"We are very excited about our 50th Anniversary Tour as it celebrates the entire history of the band," Johnston said in a statement. "We will perform songs from our entire catalog as well as new music."

McDonald joined the band in 1975 and initially remained in the cast until 1982, performing on four albums, beating singles such as "Takin 'It to" the Streets "and 1978" What a Fool Believes. "(Er Joined the band several times later.)

The band's current tour continues in Greenville, South Carolina, on November 19. After a break later this month, the schedule begins in Las Vegas on February 7. [19659010] The tour dates of the Doobie Brothers

“I don’t belong to anyone”