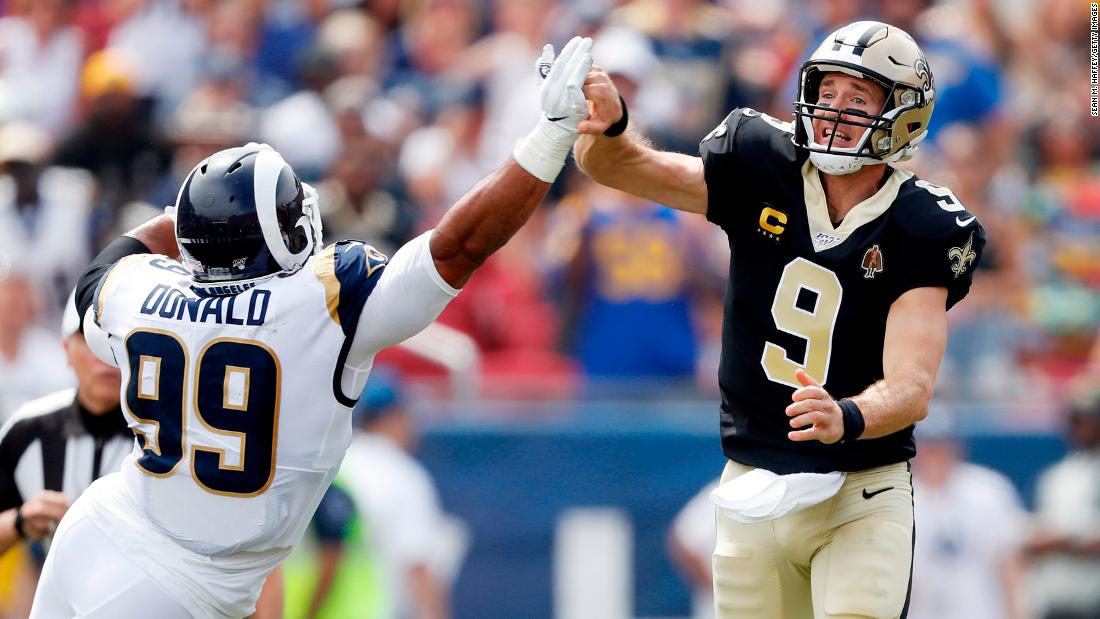 She's spending the day with her husband Drew at a Los Angeles hospital, where the New Orleans Saints quarterback is having surgery on his injured thumb.

"Heading into surgery with this beautiful gal by my side, "the NFL superstar wrote on Instagram. Brittany. "More and more everyday!"

Brees was hit in the first quarter of the Saints' game against the Los Angeles Rams Sunday when LA's Aaron Donald hit
Saints head coach Sean Payton said Wednesday morning that the team does not plan to put the future on the injured reserve list. But it's a week-to-week decision, he told reporters on a conference call.

Payton said he will probably use two quarterbacks ̵

in Sunday's game against Seattle. It was Bridgewater who replaced Brees, 40, three days ago when the Saints lost to the Rams.

Russell Wilson, the starting quarterback for the Seahawks, tweeted a video at Brees. "Going to miss you out there Sunday @DrewBrees. Prayers up!" he wrote.

The Saints are 1-1 this season. Brees has been the team's quarterback since 2006 and has been awarded Super Bowl title in 2010.