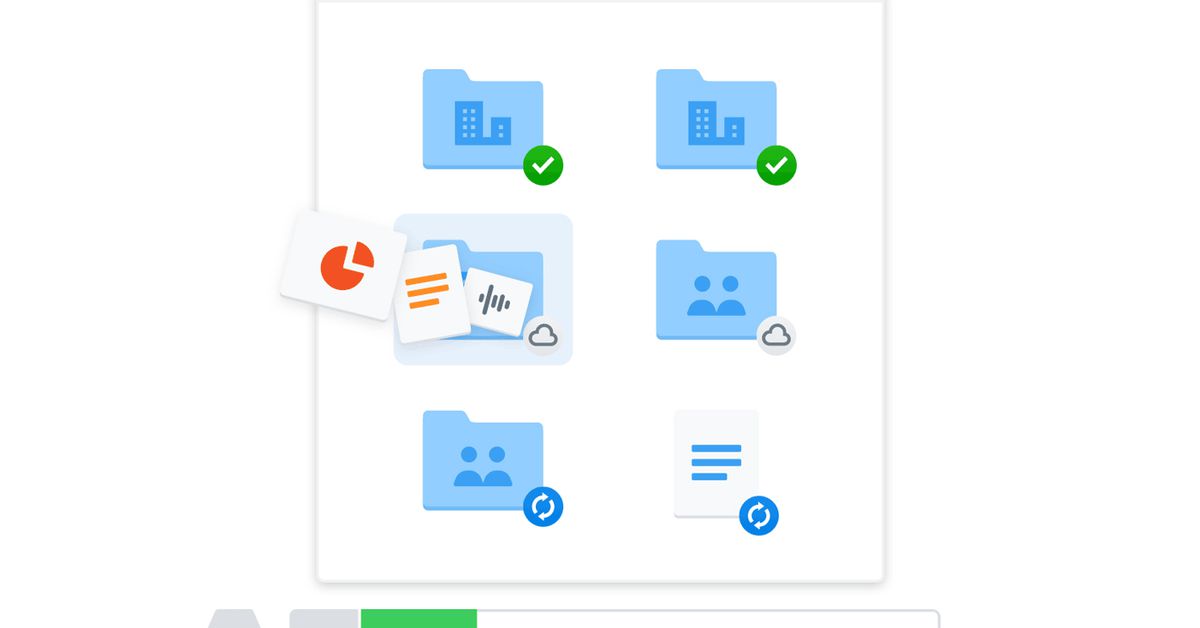 Dropbox increases the space you get with the paid layers and adds three new features to its service. In addition, users now have 2TB of storage compared to 1TB before, while professional and business plan subscribers see 2TB, 3TB, and 3TB and 5TB of storage growth, respectively. Plus users will see a small price increase with the change: their rate will increase by $ 2 a month to $ 11.99. Prices for Dropbox's other plans remain unchanged.

The company announced three new features in addition to the memory expansion. The first, Smart Sync, has been technically available for a while but is currently being updated. This feature allows you to mark files and folders as "online only" so they do not take up any space on your hard disk. However, they will still be listed in your file directory, so you can download them as needed. What's changed is that Dropbox now automatically searches for files that have not yet been opened, and just marks them as online. The new feature is available from level plus.

The company also announced a new watermark feature that will allow you to tag your JPEG, PNG, BMP, or PDF files with your name and date, as well as a new rewind feature that lets you add your own Folders or even your folders can reset entire account to an earlier state. The latter feature, designed to accidentally delete or modify a large collection of your files, can take up to 180 days if you are a Professional subscriber or up to 30 days if you subscribe to Plus. Watermarks are now available only to Professional level subscribers.

The new features of Dropbox will be introduced in the coming weeks. The price increase for Dropbox Plus will take effect at the beginning of a subscriber's next billing cycle.

The multiplayer mode “Call of Duty: Modern Warfare” is free this weekend