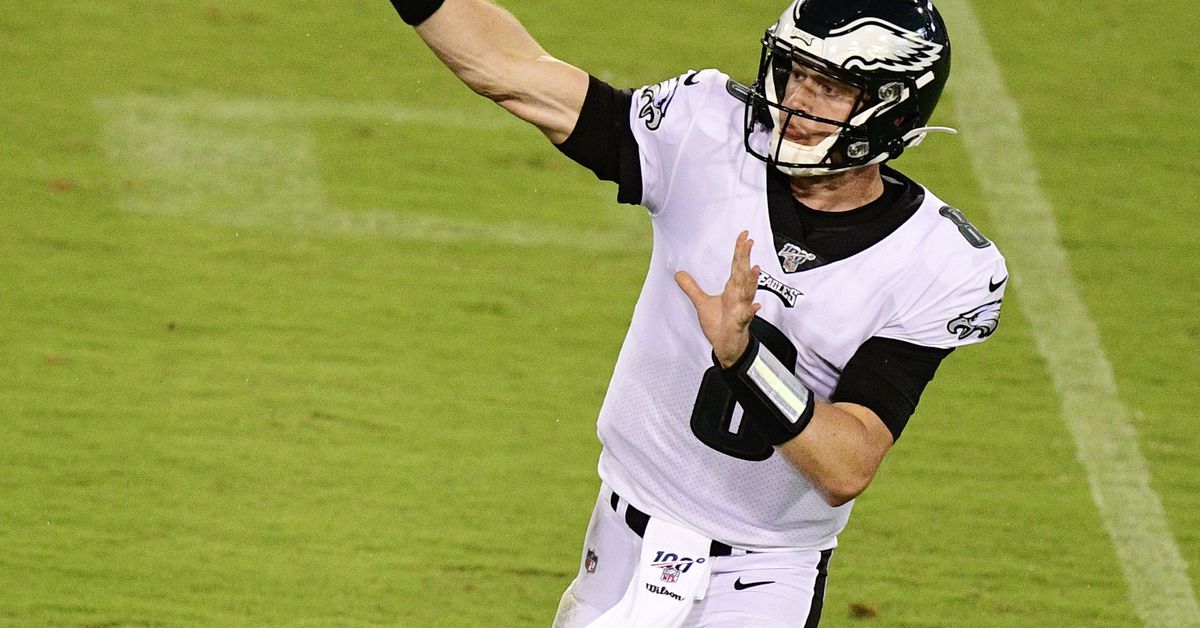 The Philadelphia Eagles are playing the penultimate game of their NFL preseason schedule for 2019 tonight when they face the Baltimore Ravens at Lincoln Financial Field.

It will be very exciting to see.

It might have been a bit of a joke to see if the Eagles actually treated the third season game like a dress rehearsal. However, this does not seem to be the case. The offensive starters of Philadelphia have not played in the preseason yet. Doug Pederson does not seem to be out to get these guys out, especially after his starters got a lot of reruns during the Eagles' joint training against the Ravens this week.

Maybe it's not altogether impossible for us to see the Eagles offensive seeing appetizers, though? Linksstart Jason Peters offered a strange quote (via the Inquirer):

But the headliner was his answer when he was asked if joint exercises took the place of preseason games for him. Peters admitted that they gave the starters a better job than they normally get in preseason games. Then he said, "We do not know, but I think I'll play a half [Thursday] I'm not sure, but I'm preparing to play the whole game."

I can Do not understand why a 37-year-old Peters would have to play in the preseason, let alone a half, I'm really not sure what to make of this quote, except that I still do not expect the starters at all It would be quite surprising if Carson Wentz actually did play.

So we should expect another preseason game, dominated by the Eagles' backups, to take up much of the game, and it could also be a good test for them As the ravens 'appetizers may get some action, the competitors certainly expect Baltimore's starters to make a good run, considering the Ravens' favorites on the road t are five points.

In any case, we hope the Eagles are closer to the Jaguars last week than their ugly pre-season debut against the Titans. It would be nice to see that some of the young players continue to attract attention. Oh, and no more injuries.

Leave your own predictions in the comments.

Which team wins: Eagles or Ravens?